Professional photographs every 10 years a rare river of fog completely fills the Grand Canyon and this is what it looks like when it happens! 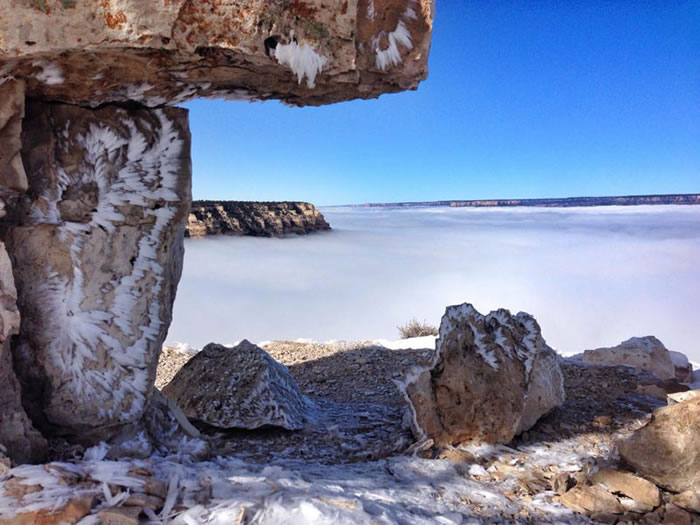 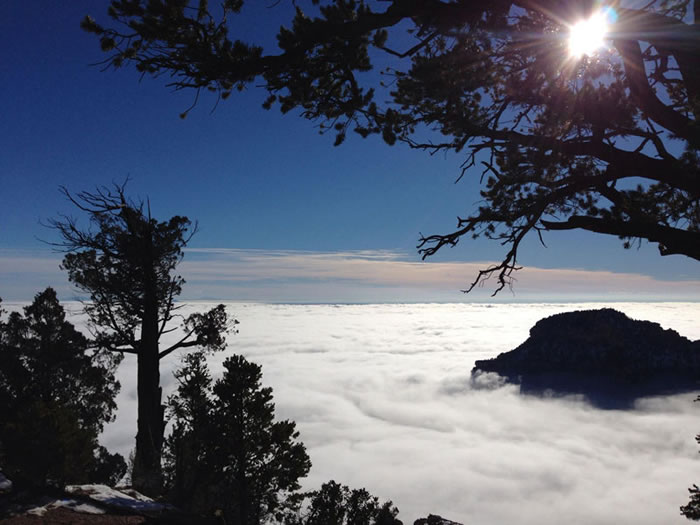 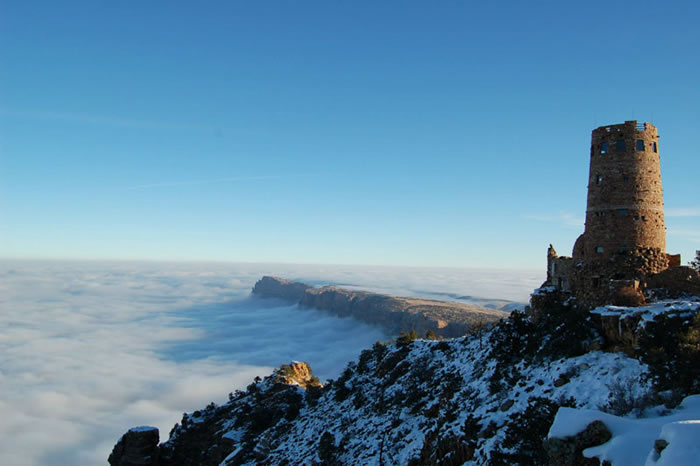 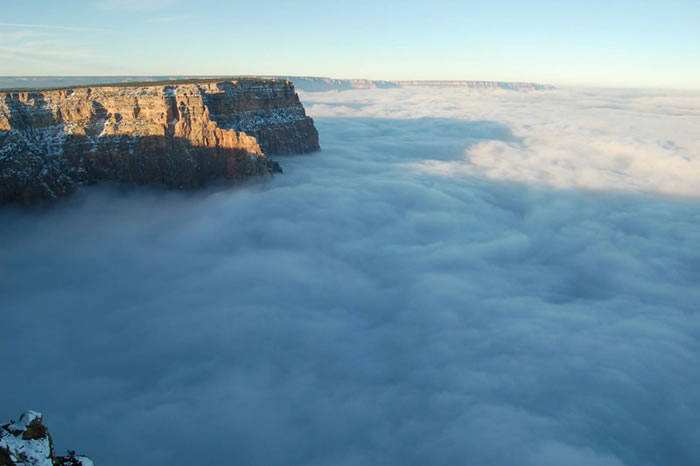 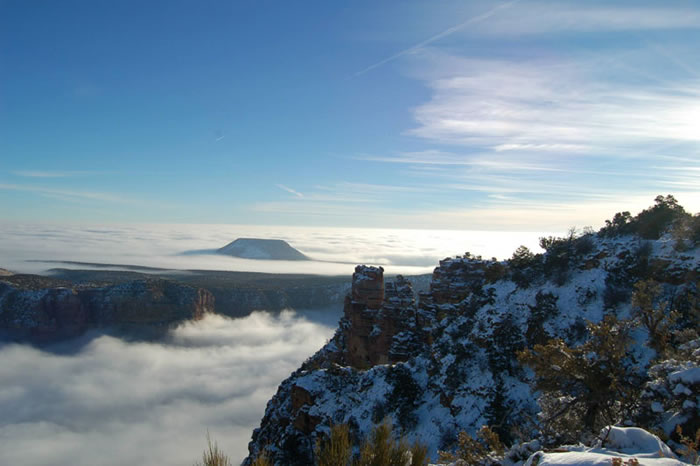 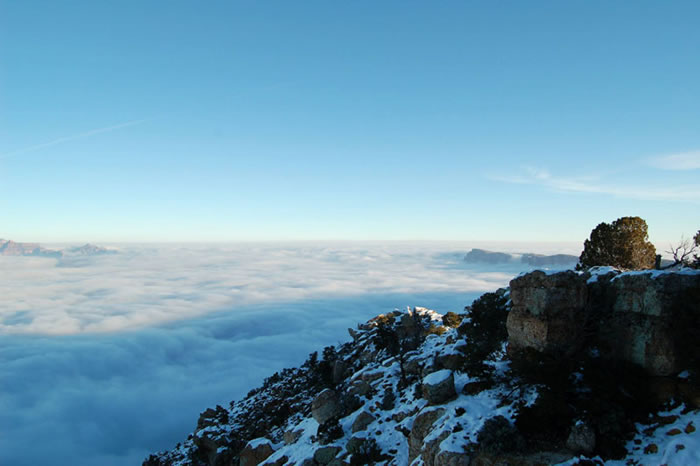 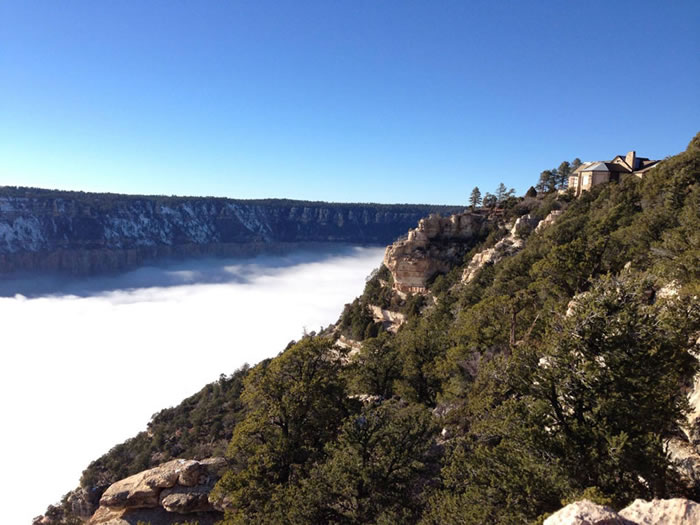 On the last weekend of November 2013, a rare weather phenomenon occurred at the Grand Canyon in Arizona, USA. In an event that only happens approximately every 10 years, the entire canyon was filled with fog. To heighten the scene, the skies above were clear and cloudless.

The phenomenon is known as ‘temperature inversion’ where warm air acts as a lid to seal cool air near the ground, trapping fog in the canyon and preventing it from rising. According to the National Weather Service, the atmosphere’s temperature profile is most prone to inversion during the winter, when long nights allow for air near the Earth’s surface to become unusually cold. Also assisting is the Canyon’s natural topographical features, enhancing the effects of the inversion.

Park Ranger Erin Whittaker who is credited with many of the images below, tells Daily Mail that temperature inversions may happen once or twice a year, but they typically fill up select areas of the Canyon. To see the entire canyon filled is something that only happens once every decade or so. To see more stunning images, be sure to check out Grand Canyon National Park on Facebook.