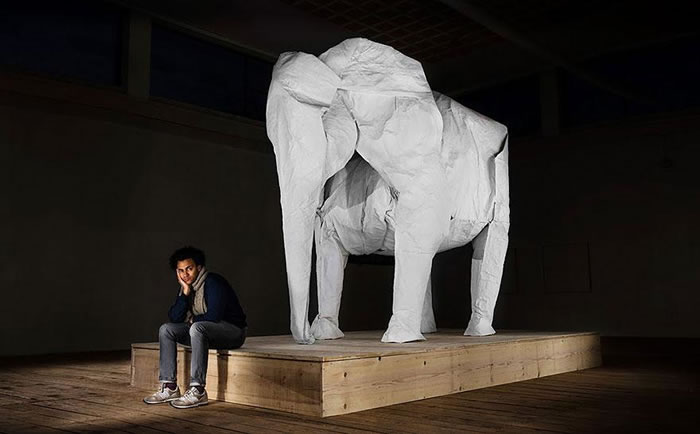 Check out the amazing task artist Sipho Mabona set himself when he took on the challenge of making a full life size elephant from origami paper!

A paper airplane is pretty much the most complicated thing most of us can make by folding paper, which is what makes this grand piece of artwork by professional origami artist Sipho Mabona all the more impressive. This life-sized white elephant stands 3m (10 ft) tall and weighs a whopping 250kg (550lbs) – and it was all folded out of a single 15m x 15m (50ft x 50ft) sheet of paper. 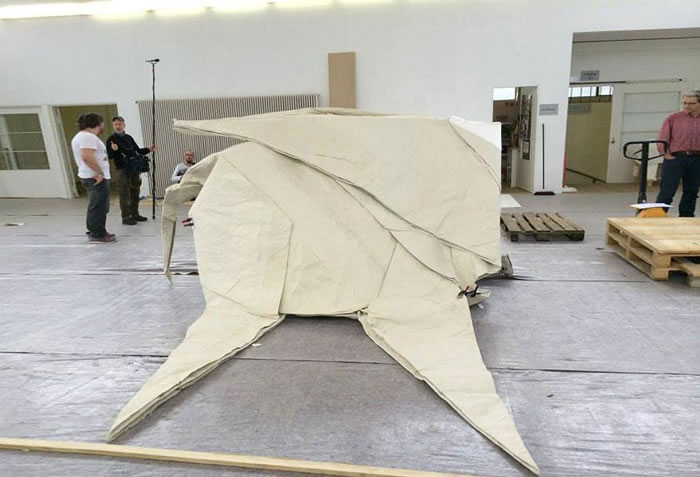 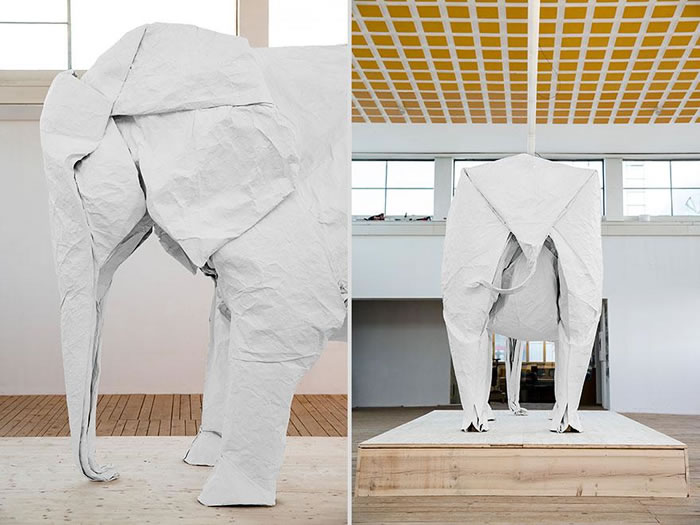 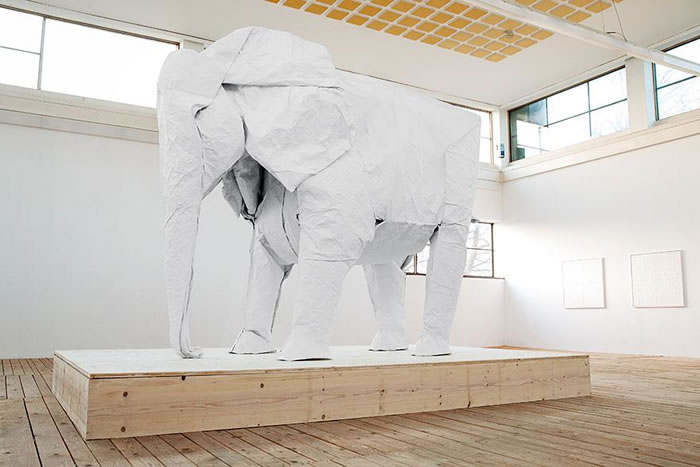 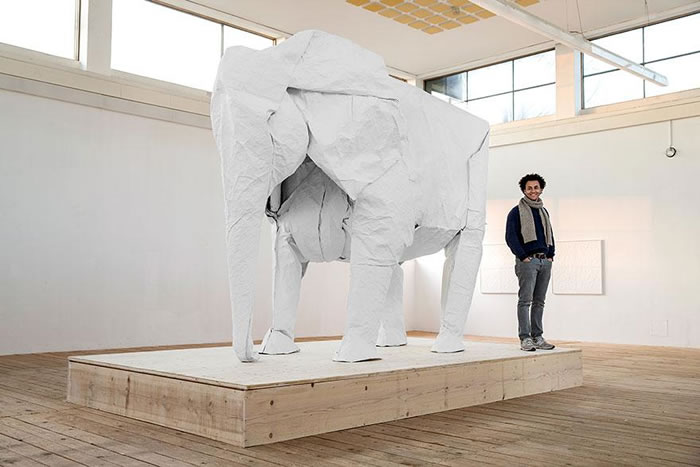 The epic piece of paper art took a team of up to ten people four weeks to complete. They financed the project through an Indiegogo campaign, which raised $26,000. The money allowed the team to work on the project continuously for an entire month and to capture the entire process on film.

Interestingly enough, Mabona says that he became interested in paper art by folding paper airplanes when he was 5. After running out of ideas, he decided to explore origami. If you’d like to experience such a strange and impressive piece of artwork for yourself, it is currently on display at the KKLB museum in Beromunster, Switzerland.

For those of us who aren’t origami experts or who don’t have 15m sheets of paper lying around, there are plenty of different amazing forms of paper art. Check out our big paper art post or the one about Jodi Harvey-Brown’s work with books.