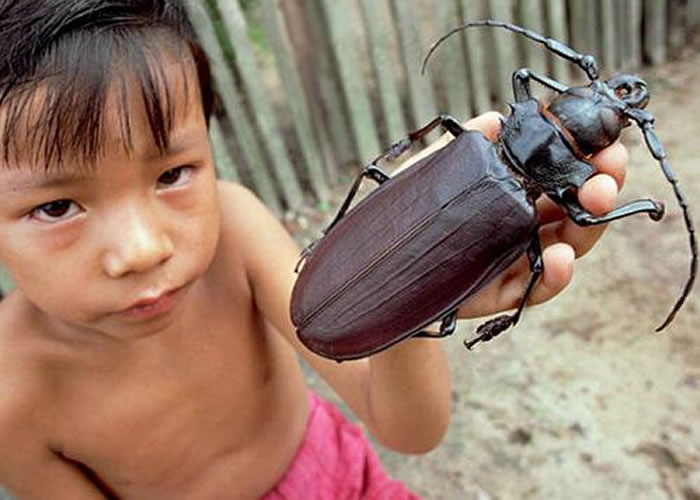 The Titan beetle has some of the most powerful jaws in the bug world and can snap a pencil in half but is gentle when handled by humans.

As its name suggests, the Titanus giganteus, or Titan Beetle, is a giant of the insect world. Adults can grow up to 6.5 inches (16.7 cm) long and have incredibly strong jaws that can snap wooden pencils in half, so just imagine what they could do to your fingers. Luckily, these scary-looking bugs are quite harmless to humans. 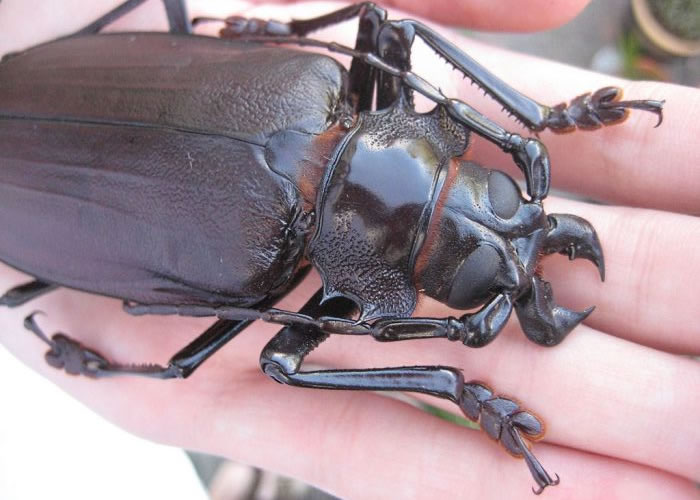 The Titan beetle is one of the most mysterious creatures on Earth. It lives unobtrusively deep in some of the South America’s hottest tropical rain forests and only ventures out when seeking out mates. The larvae of this amazing insect have never been found, but judging by the large boreholes found in dead trees in their natural habitat, scientists believe Titan beetle grubs feed on decaying wood below ground for several years before reaching maturity. The size of these holes suggests the grubs are around two inches in diameter and up to a foot long. Just like the Atlas Moth, the Titan beetle doesn’t feed during its adult life cycle, using the reserves gathered in its pupa stage to fly around long enough to find a mate. Because they mostly sit around waiting for males to seek them out and fertilize their eggs, females have rarely been spotted 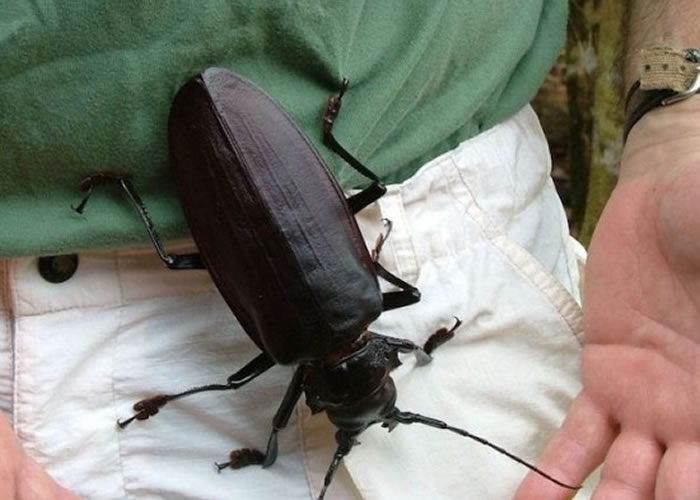 Although the Hercules Beetle is considered the world’s longest beetle, measuring over 7 inches (over 17.5 cm) because of its enormous horn which makes up around have the total length, in terms of sheer body size the Titanus giganteus is the world’s largest beetle, and one of the largest insects on the planet. They defend themselves by hissing in warning and using their large jaws to bite attackers. It also has very strong legs equipped with sharp claws that can literally tear through flesh. Titans never attack unprovoked, but must be handled with care as they can do some serious damage. 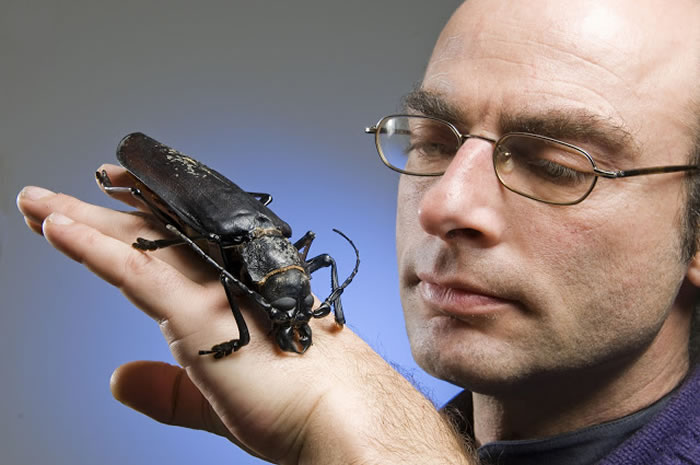 The Titan beetle typically lives in the rain forests of Colombia, Ecuador, Peru, Bolivia, the Guianas and north-central Brazil, where locals and researchers try to capture them after dark, with bright lights. There is an entire eco-tourism industry based on the Titan beetle, which provides sightseeing tours of the insect in its habitat, and the selling of specimens, which can cost up to $500. The largest recorded Titanus giganteus measured 16.7 centimeters, more than some adult Chihuahuas, and was collected by entomologist Patrick Bleuzen in French Guyana.