Most Crowded Swimming Pool In The World – Can You See The Water? 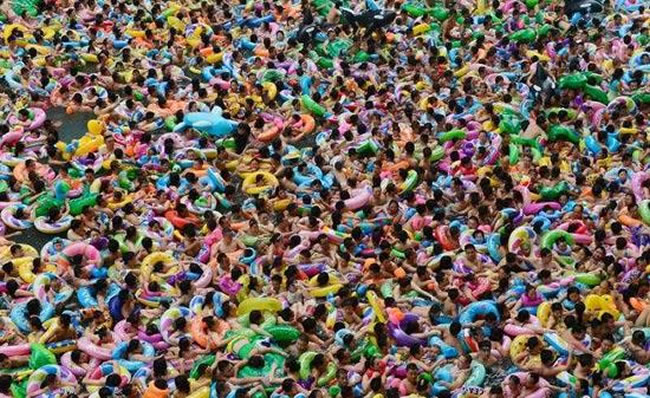 If you ever complain about your local swimming pool being overcrowded then take a look at this. Called Dead Sea, this is probably the most crowded swimming pool in the world.

The Dead Sea is a salt-water swimming pool in China’s Daying County where thousands of people gather every weekend to escape the heat.

Inspired by the real Dead Sea in the Middle East, the Chinese resort is built around an underground salt-water lake in Daying County which covers an area of 30,000 square meters and is able to accommodate up to 10,000 swimmers at one time.

It’s pretty big even for Chinese standards, but apparently not big enough. According to the Chinese press, over 15,000 people, most of them equipped with large swim rings, descended upon this popular summer retreat last Sunday making it look like a giant bowl of human cereal. 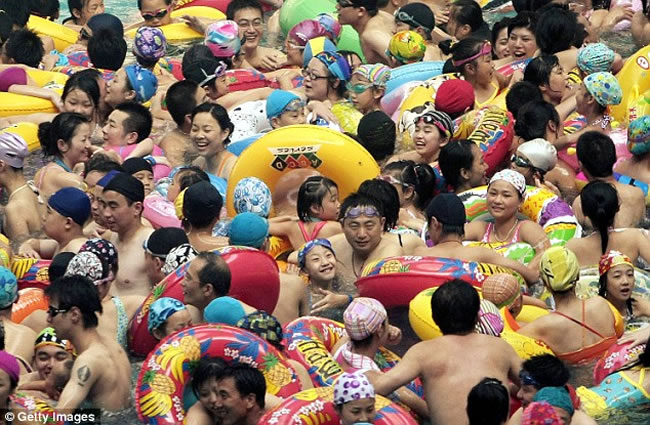 I’m not even sure the term “swimming pool” even applies to this place on such occasions, considering it’s nearly impossible to move without hitting somebody, let alone flap your hands and feet to swim. The good thing about this place is the high salinity of the water which makes “swimmers” float freely, so there’s no real risk of going under. If that were to happen I can’t see how a person could rise up again…

Watch the video below to see footage of the pool and if you keep watching till the end you’ll get to see all these Chinese swimmers hit by the wave machine.

Would you be willing to take a dip in the most crowded swimming pool in the world?