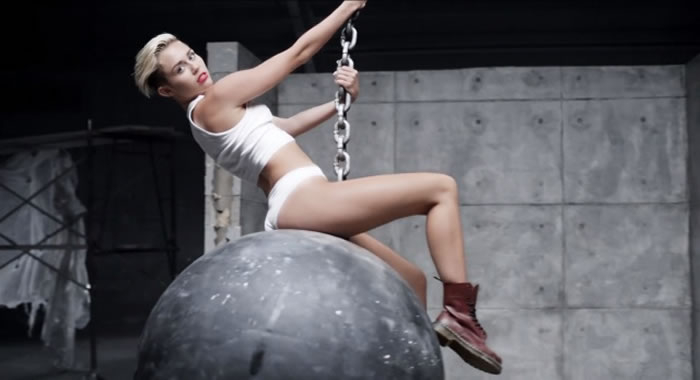 The Wrecking Ball video was released on September 9, 2013 on VEVO. It begins with a close-up of Cyrus standing in front of a completely white backdrop and crying while performing the song. The video also shows Cyrus sitting naked on top of a wrecking ball (similar to the single cover) and licking a sledgehammer.

Tell us what you think of the Miley Cyrus – Wrecking Ball video in the comments below.