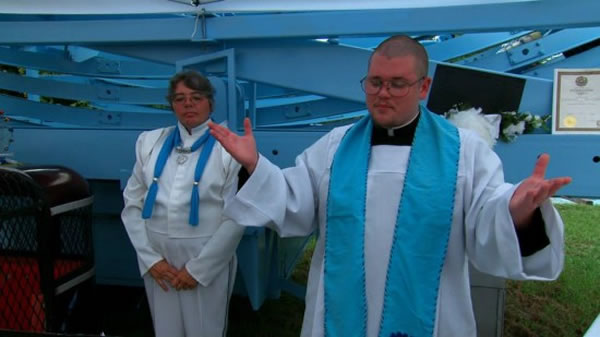 A woman from Florida recently married a metal ferris wheel nicknamed Bruce the Skydiver. Even though same sex marriages are not allowed in Florida it sames ok to marry inanimate objects. The amusement park ride and woman renewed their vows during a ceremony conducted by a non-denominational preacher.

The woman has a condition called “objectum sexuality”, meaning that she considers certain objects as potential lovers. In fact, before Bruce, Linda was romantically involved with a train and a helicopter, which determined her to choose jobs that allowed her to be closer to her beloved objects.

Linda was both a pilot and a train conductor but unfortunately, her affection for the locomotive wasn’t appreciated, so she lost her job. As she says, “I was seen in a romantic embrace with a train and subsequently, I was fired”. The first encounter with the park ride, back in 1982, was very special for Linda. As she remembers, “I got this weird feeling I can’t explain. My heart was pounding as we went up the platform and got on the ride. I felt like I was being taken by this metal ferris wheel.”

Just like in any great love story, the mother didn’t agree with her daughter’s relationship. “My mother’s reaction was completely off the wall; she was a very religious person. To her, I was an abomination to God and she wanted to change that … she really thought I was demon possessed.” Linda cared more about Bruce the metal ferris wheel than about her mother’s opinion, so she ran away and joined the carnival, where she would cuddle the ride at night. Unfortunately, 3 years later, a storm damaged Bruce, who was taken for repairs in Wichita, Kansas. 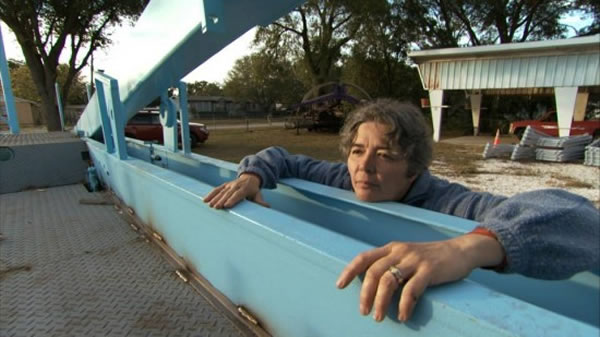 Linda felt abandoned and went through a serious depression. As she remembers, “I was completely alone. I felt that I was dying from the inside. I was very, very lonely”. 25 years later, one of Linda’s friends found Bruce in a scrap yard 3000 miles away. As soon as she heard the news, Linda jumped in her car and drove to see her long-lost beloved.

Even though the metal ferris wheel wasn’t in the best shape, it was “still Bruce”. “I was carrying pizza to him — Bruce smells pizza and there’s the love of his life returning to him. It felt like I never left him”, Linda says. After restoring Bruce, the woman proved her devotion to the Ferris wheel by marrying it. “My goal is to spend the rest of my life and grow old with him and eventually get a piece of land where we can just be all by ourselves”, the happy bride says.

Linda Ducharme is not the only person married to an inanimate object. Erika La Tour Eiffel loves the iconic Paris landmark so much she married it and even changed her last name after it, and Wall Winther married the love of her life, the Berlin Wall.

Do you think Linda is crazy to marry Bruce the metal Ferris wheel? Watch the video below and let us know in the comments.