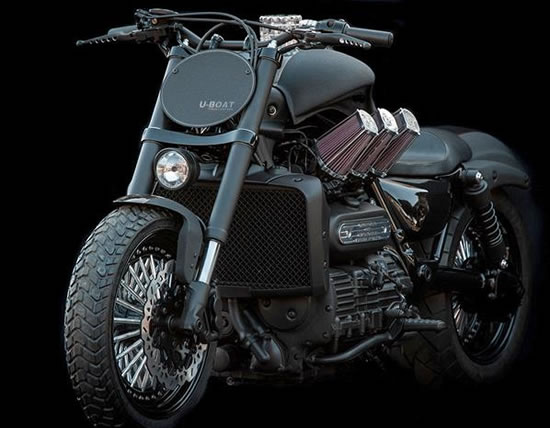 The U-Boat Venenum looks every inch what a motorcycle would have looked like had Steve McQueen and Mel Gibson got together to create The Great Mad Max Escape from Switzerland.

We rather like it, which is why we’re taking a short break from four-wheeled vehicles to give you the low-down on this special creation…
Despite the name, we’re not talking about German submarines here. 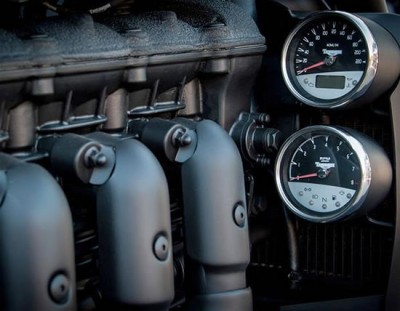 U-Boat is an Italian company based in Tuscany, specialising in handcrafted watches.
This new custom-built motorcycle was showcased at BaselWorld – an international watch and jewellery exhibition held in Switzerland every spring. 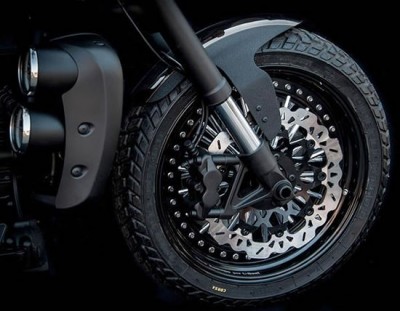 It’s based on the Triumph Rocket III, but has been customised to give it a highly individual style… 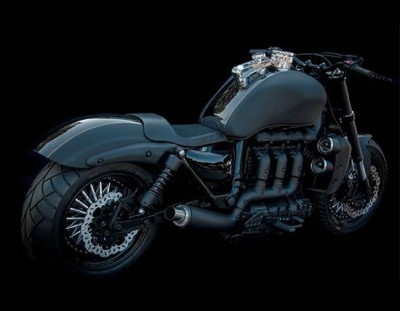 The Triumph Rocket III is a three-cylinder engined motorcycle made by Triumph Motorcycles. The name ‘Rocket III’ comes from a previous BSA motorcycle – the 1968 Rocket-3. 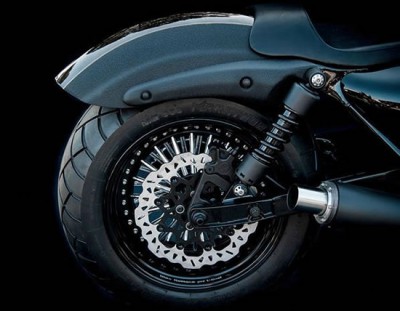 Originally designed to take on Harley-Davidson, Triumph has since refocused its efforts on building the Rocket III’s reputation in the muscle-bike and street-fighter market. 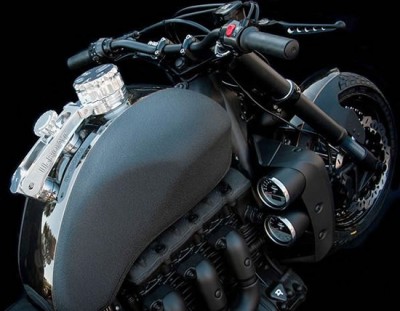 Only 100 Venenums will be built, each one made to order.
This will ensure that each bike is customised to individual needs. If you want one, you had better be quick.
The Triumph’s three-cylinder engine develops 160hp and 162lb ft of torque.
It weighs 270kg and that rear tyre is 240cm wide.

Do you want one?