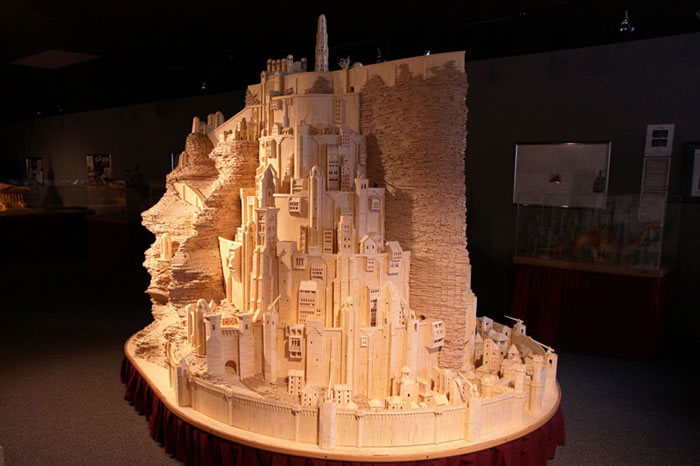 Pat Acton has created an amazing giant sculpture of Minas Tirith from the Lord Of The Rings trilogy. The sculpture took three years to build and consists of almost half million matches.

Minas Tirith (aka the White City and City of the Kings) is the capital of Gondor, a fictional city and castle from J.R.R. Tolkien’s Middle-earth. It appears in the last movie of the trilogy and is almost destroyed in a huge battle.

This Lord Of The rings sculpture was completed back in 2010 and took three years of work. Artist Pat Acton recreated the famed city using 420,000 meticulously placed matchsticks and a lot of glue. He used an additional 24,000 small wooden blocks to construct Mount Mindoulluin, which supports the colossal matchstick structure. 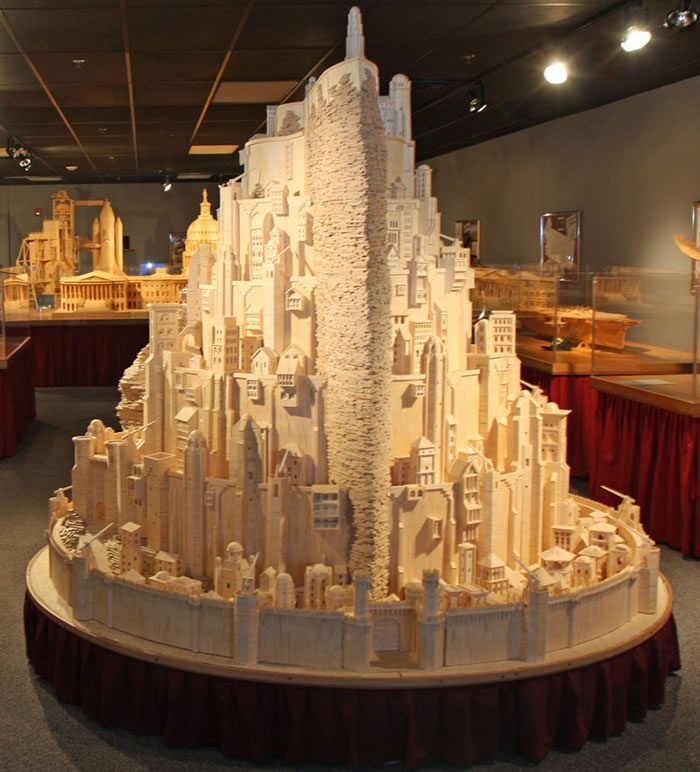 To create his artworks, Acton purchased matchsticks (without the sulfur tip) directly from match manufacturers. All of his models (that have not been purchased) can be viewed at the Matchstick Marvels Museum in Gladbrook, Iowa. The museum is open 7 days a week from 1-5 pm (April 1 – Nov. 30). Admission for adults is $5; kids aged 5-12 $3; and free for anyone younger. 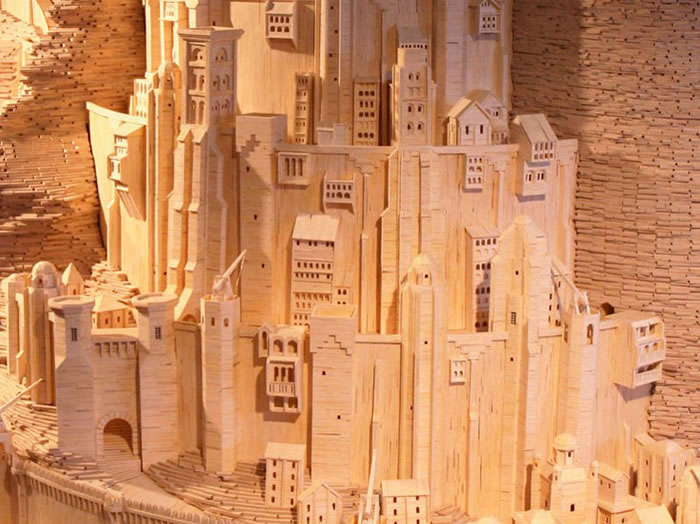 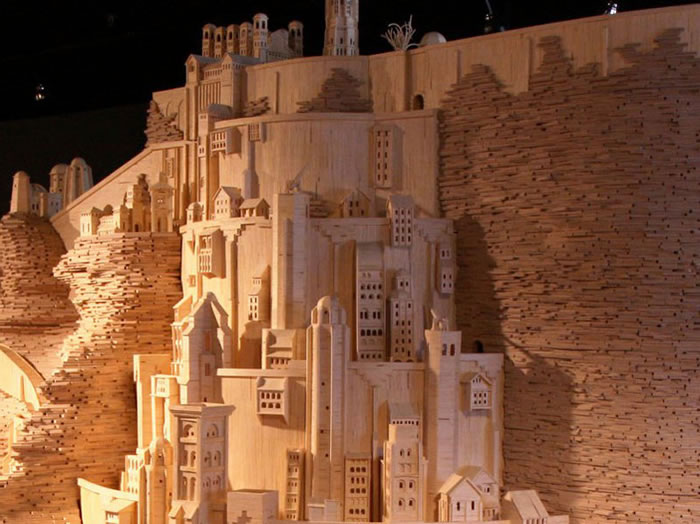 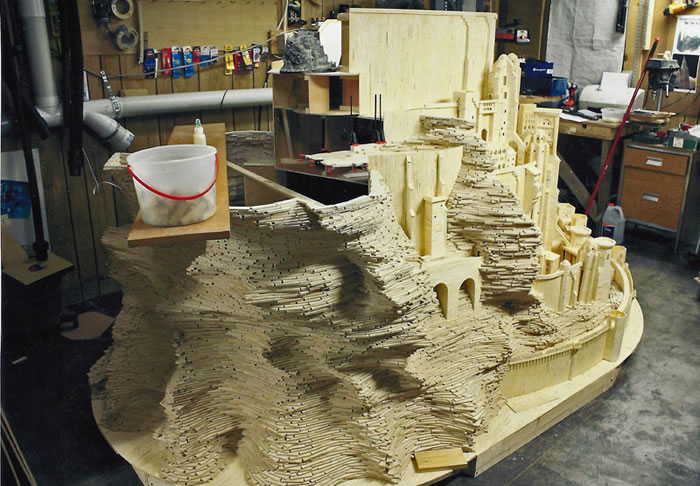 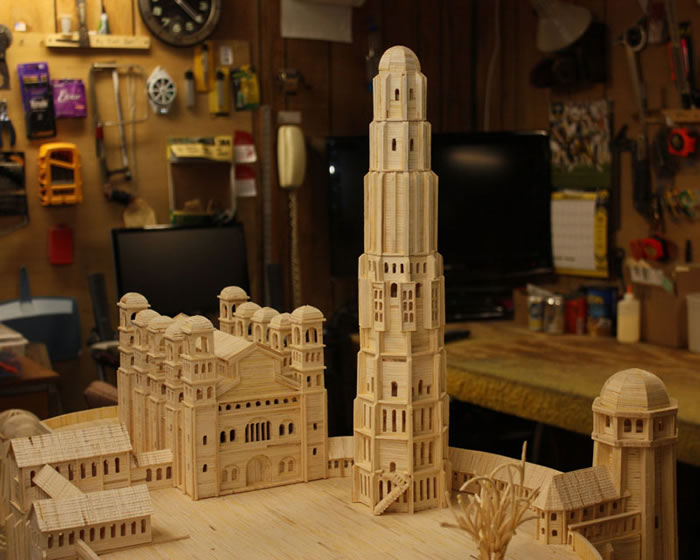 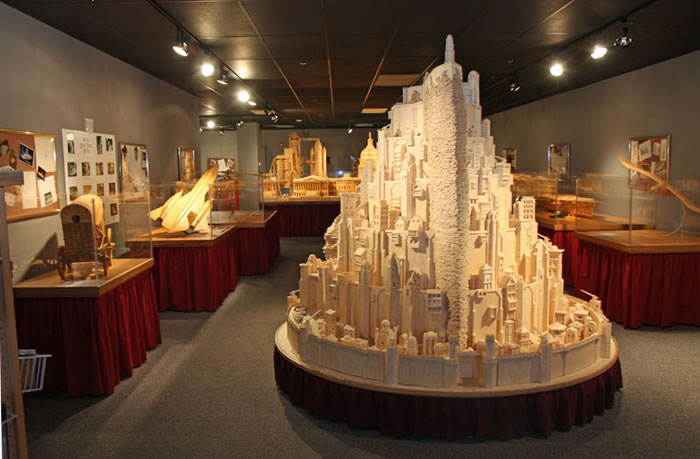 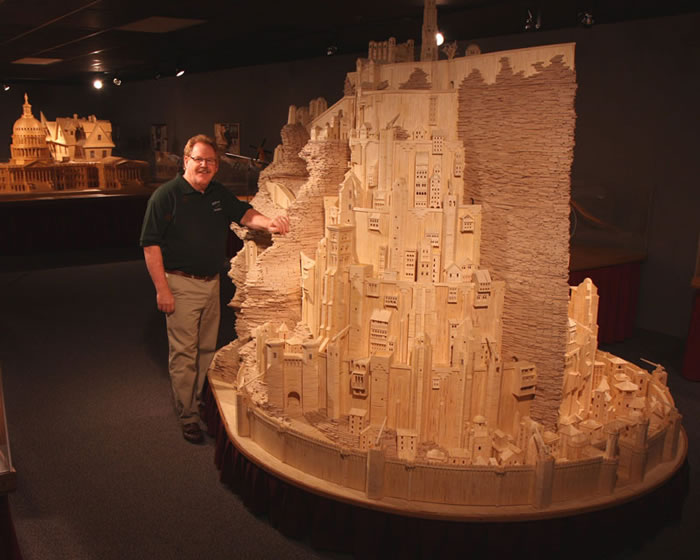 Give us your thoughts on this sculpture made from matches in the comments below.