Man Wakes To Find 8 Foot Crocodile Hiding Under His Bed 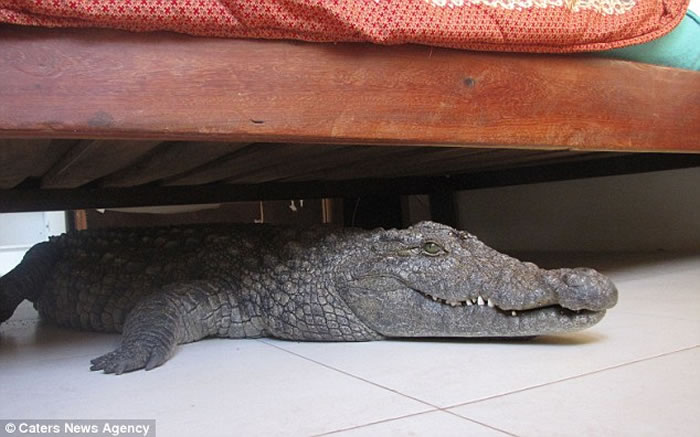 It sounds hard to believe but Guy Whittall woke up to find an 8 foot crocodile hiding under his bed. The beast was just inches away from where he slept.

The 330lbs giant had sneaked into the Humani lodge in Zimbabwe and spent the entire night lying quietly, just fractions beneath an oblivious Mr Whittall.

The beast – a Nile crocodile – had managed to stay hidden for more than eight hours overnight.

The following morning Mr Whittall – a former Zimbabwean cricketer – had even perched on the edge of his bed, with his feet dangling over the edge, just inches from the crocodile’s face, as he organized his day.

But the 40-year-old remained oblivious to his uninvited guest and was only alerted when he was enjoying some breakfast in the kitchen and heard the petrified screams of a housemaid. 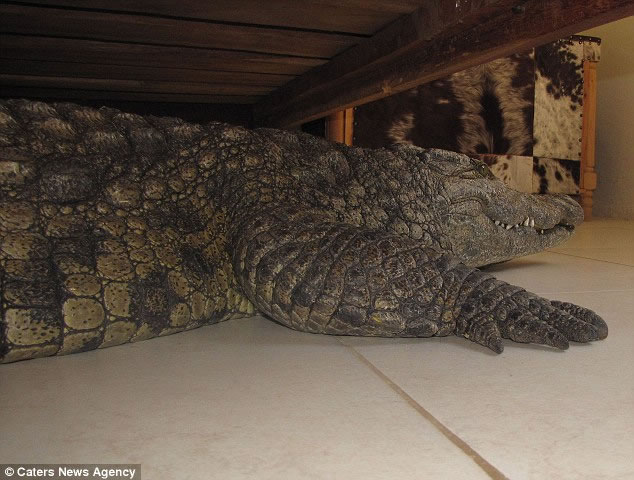 Mr Whittall, who is a director at Humani, ran back to his room and was horrified to discover the enormous crocodile nestled under his bed.

He said: ‘The really disconcerting thing about the whole episode is the fact that I was sitting on the edge of the bed that morning, bare foot and just centimeters away from the croc.

‘Crocodiles are experts at hiding, that’s why they have survived on Earth for so long and why they are the ultimate killers in water.

‘They know how to keep quiet and go unnoticed, it’s in their nature.

‘The crocodile came from the Turgwe River which is a couple of kilometers from the house.

‘They often wander about the bush especially when it’s cold and raining. I think he liked it under the bed because it was warm.’

He was forced to call in some of his co-workers who helped remove the crocodile from its new lair and released him back into Humani’s Chigwidi dam. 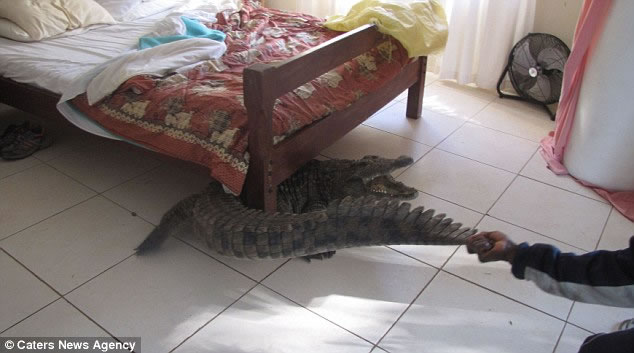 Mr Whittall said: ‘Of course he resisted being roped and hauled out from under the bed, that’s only natural.

‘Catching and securing a croc of any size on land though is a fairly straight forward affair and we are experienced in that.

‘The only real danger is getting bitten because it can’t drown you.

‘The most important thing is to get its snout roped and secured and then it’s just a matter of restraining it and covering its eyes, to calm it down.

‘Bigger crocs require more manpower obviously though. When roped they thrash around frantically and are extremely powerful.

‘I just remember thinking “goodness gracious, that’s one for the books”.

‘I’m pretty sure everyone in Humani checks under their bed before going to sleep now anyway.’ 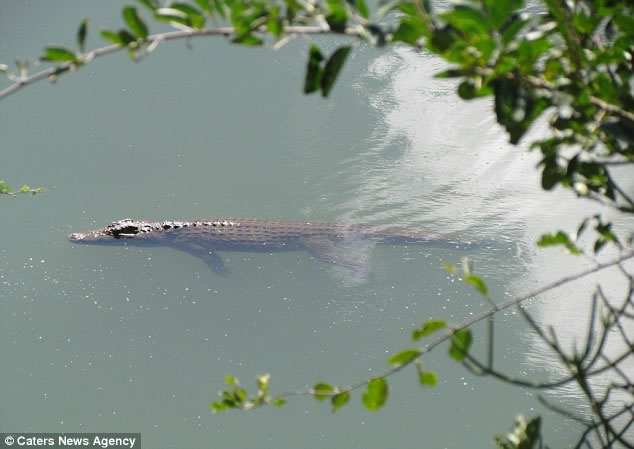 What would you do if you found an 8 foot crocodile hiding under your bed?