Evolution: Lizard Moving From Eggs To Live Birth In Australia 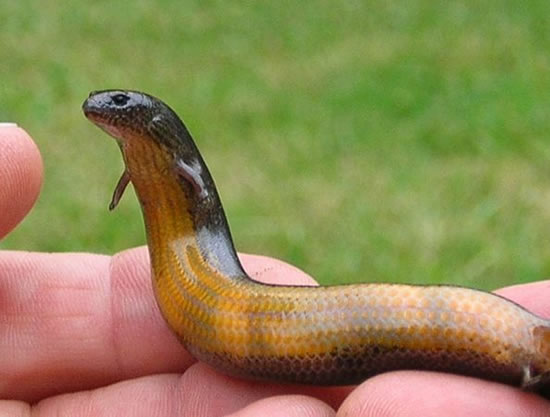 Evolution in Action: species of lizard moving from eggs to live birth found in Australia.

Evolution has been caught in the act, according to scientists who are decoding how a species of Australian lizard is abandoning egg-laying in favor of live birth.

Along the warm coastal lowlands of New South Wales, the yellow-bellied three-toed skink lays eggs to reproduce.
But individuals of the same species living in the state’s higher, colder mountains are almost all giving birth to live young.

Only two other modern reptiles—another skink species and a European lizard—use both types of reproduction.
Evolutionary records shows that nearly a hundred reptile lineages have independently made the transition from egg-laying to live birth in the past, and today about 20 percent of all living snakes and lizards give birth to live young only.

“By studying differences among populations that are in different stages of this process, you can begin to put together what looks like the transition from one birth style to the other.”

One of the mysteries of how reptiles switch from eggs to live babies is how the young get their nourishment before birth.

In mammals a highly specialized placenta connects the fetus to the uterus wall, allowing the baby to take up oxygen and nutrients from the mother’s blood and pass back waste.
In egg-laying species, the embryo gets nourishment from the yolk, but calcium absorbed from the porous shell is also an important nutrient source.

Some fish and reptiles, meanwhile, use a mix of both birthing styles. The mother forms eggs, but then retains them inside her body until the very last stages of embryonic development.

The shells of these eggs thin dramatically so that the embryos can breathe, until live babies are born covered with only thin membranes—all that remains of the shells.

This adaptation presents a potential nourishment problem: A thinner shell has less calcium, which could cause deficiencies for the young reptiles.

Stewart and colleagues, who have studied skinks for years, decided to look for clues to the nutrient problem in the structure and chemistry of the yellow-bellied three-toed skink’s uterus.

“Now we can see that the uterus secretes calcium that becomes incorporated into the embryo—it’s basically the early stages of the evolution of a placenta in reptiles,” Stewart explained.

Both birthing styles come with evolutionary tradeoffs: Eggs are more vulnerable to external threats, such as extreme weather and predators, but internal fetuses can be more taxing for the mother.

For the skinks, moms in balmier climates may opt to conserve their own bodies’ resources by depositing eggs on the ground for the final week or so of development. Moms in harsh mountain climates, by contrast, might find that it’s more efficient to protect their young by keeping them longer inside their bodies.

In general, the results suggest the move from egg-laying to live birth in reptiles is fairly common—at least in historic terms—because it’s relatively easy to make the switch, Stewart said.

“We tend to think of this as a very complex transition,” he said, “but it’s looking like it might be much simpler in some cases than we thought.”