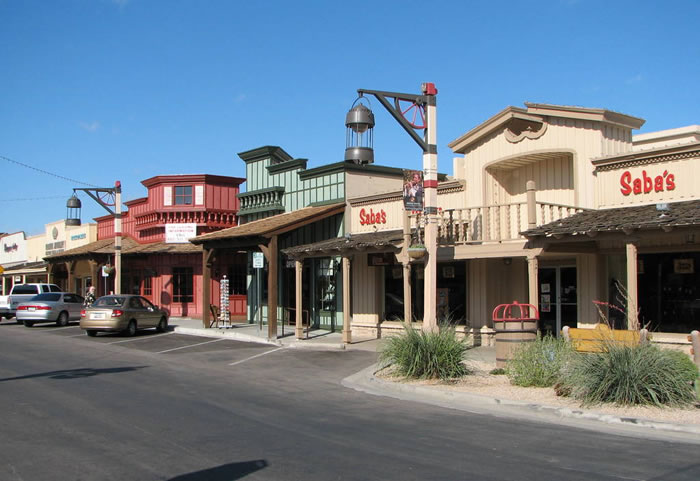 If you’re doing the math, these five destinations attract over a quarter of Arizona’s tourists. Considering that there are hundreds, if not thousands, of attractions in Arizona worthy of a similar number of visitors, the vast majority of places are overlooked. Here are a few hidden gems that the state should not keep hidden.

The Wave is one of the most unique natural formations in the world. Located on the sandstone slopes of the Coyote Buttes near the border of Utah, The Wave looks like someone took a paint roller to a mountain of fresh clay.

Due to its fragility, The Wave is, ironically, a hidden attraction that the AZ government wants to keep hidden – at least to a point. A maximum of 20 permits for the site can be issued each day. Most prospective visitors apply online for permits.

The success rate is just under 15 percent. Other factors contributing to The Wave’s relative obscurity are its remoteness (hikers must cross unmarked, open desert to get there) and instability (only experienced hikers wearing sturdy shoes are recommended to visit the site).

If a remote and slippery natural formation isn’t your jam, you can visit Old Town Scottsdale and discover plenty of unheralded suburban gems. The neighborhood is home to 150-plus shops and restaurants in Old West-style.

Additionally, it has one of the most vibrant night scenes in America. Dozens of unique bars and clubs occupy the district, some of which offer the best Scottsdale private events. A trip to Arizona can be spent entirely in Old Town without missing a beat.

Located 30 miles east of Flagstaff, Two Guns Ghost Town is a lesser known but fascinating attraction on famous Route 66. Before the town’s last residents left in the 1970s, Two Guns was a frontier village, a hideout for outlaws, and a precolonial Native American settlement.

The ghost town hosted an on-the-run Billy the Kid in 1879 and an 1878 massacre of Apaches by Navajos in a cave now known as the “Apache Death Cave.” This cave is accessible to tourists, as are the ruins of a trading post, service station, zoo, campground, and cottages.

A trip to the Grand Canyon State doesn’t have to revolve around the Grand Canyon. There are hundreds of Arizona attractions worth your time and money, but most are overshadowed by the main tourist traps. This isn’t necessarily a bad thing, however. Intimacy is part of their appeal.

How Studying Abroad in Hungary Can Improve Your Career