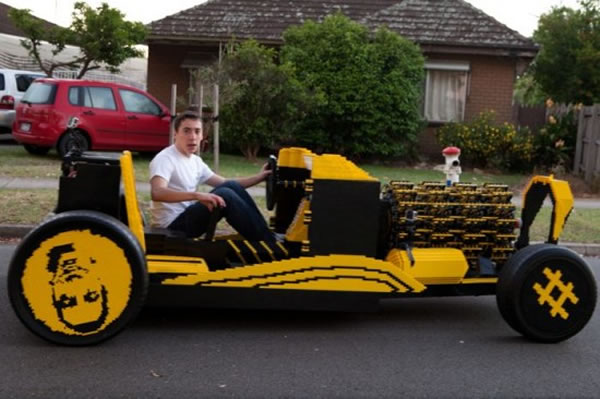 20-year-old Raul Oaida from Romania has built the world’s first fully functioning life-size LEGO car that is powered by a Lego car engine which runs on air. It took 500,000 pieces to build the car and this is the 1st of many projects by Raul.

Oaida’s partner in this project was Australian entrepreneur, Steve Sammartino. The car was built in Romania, Oaida’s home country, and delivered to Melbourne, Australia for a test drive. Together, they named it the ‘Super Awesome Micro Project’.

The engine of the car is made entirely of LEGO. It has “four orbital engines and a total of 256 pistons.” According to the project website, the top speed isn’t very impressive, around 20 to 30 km. “We were scared of a Lego explosion so we drove it slowly,” the founders wrote. Steve and Oaida say that the project was possible only because of the internet. The two even met online, when Steve accepted Oaida’s Skype request. “I’m teaching him about business and he’s teaching me a bit about physics,” Steve told the press. 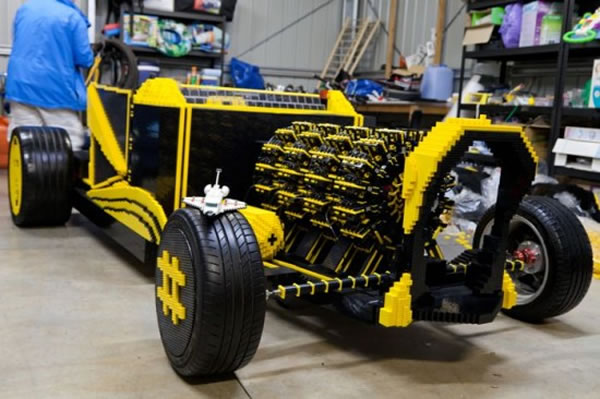 On the website, Steve tells us that he only had to send out a single tweet about the project to get crowd funding. “Anyone interested in investing $500 to $1,000 in a project which is awesome & a world first tweet me. Need about 20 participants,” he tweeted. He ended up getting 40 investors.

The massive Lego contraption can comfortably seat two people. Of course, after a long ride you’d probably have LEGO patterns all over your behind.

Watch the video below to see the Lego car and Lego car engine in action. 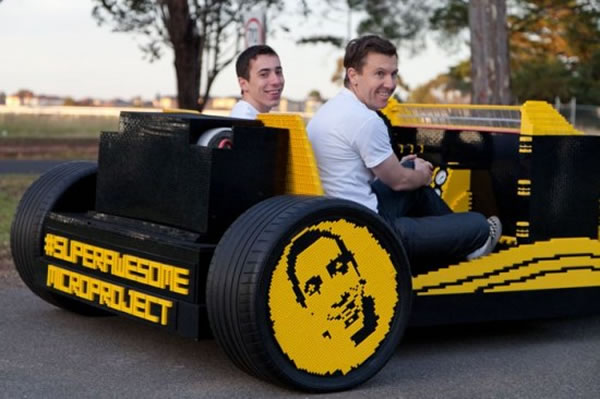 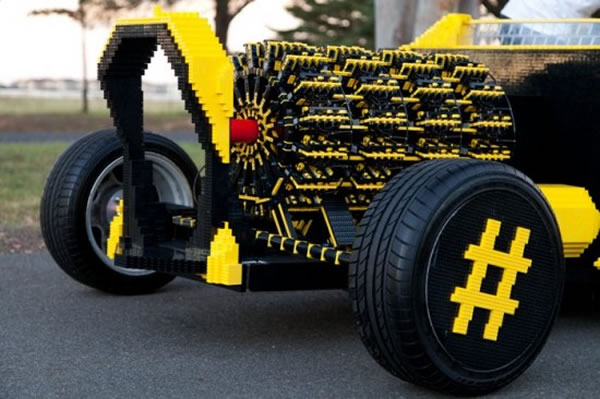