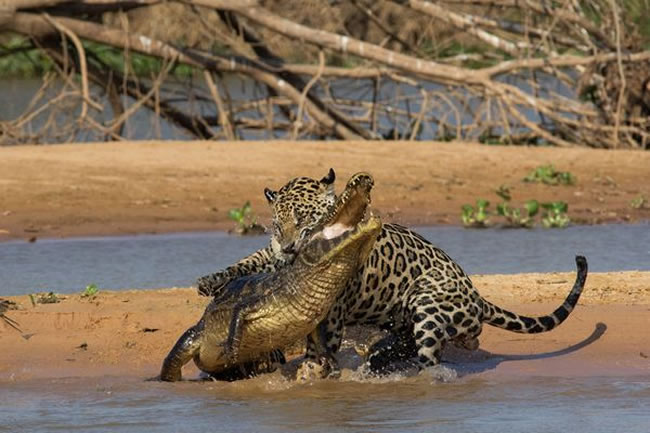 Photographer Paul Donahue was following a large male jaguar on the hunt in Brazil and recorded the large cat attacking a caiman. Watch the Jaguar attacks crocodile in Brazil video here.

Donahue, who tracks jaguar sightings for ecotourism operator Southwild in Mato Grosso , arrived at the scene to find an animal named Mick Jaguar hidden in thick grass, stalking a nearby group of caiman, a crocodile relative native to South America.

The largest of South America’s cats, jaguars are good swimmers and regularly prey on fish, turtles, and caimans. They also eat larger animals such as deer, peccaries, capyvaras, and tapirs.