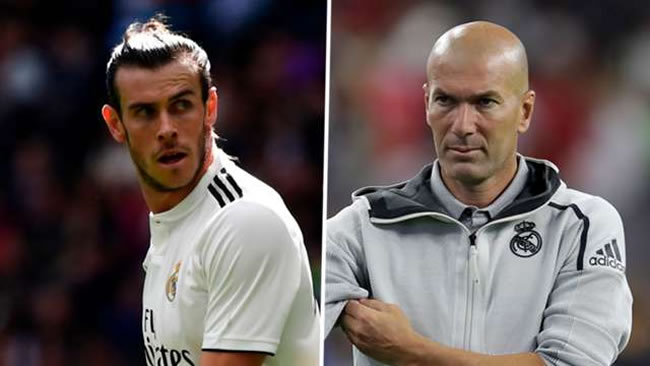 La Liga is up and running for the 2019/2020 season and Real Madrid have already shown that they could once again be an unpredictable outfit during this season’s campaign.

Madrid finished third last season but their 2018/2019 story felt a lot worse than that with an unprecedented 12 losses in the league and no silverware in all competitions to show at the end.

Los Blancos never really came to terms with life without Ronaldo and still, the club goes on in desperate search for a talisman they can rely on to drag them over the line. Gareth Bale was once seen as the successor to Ronaldo’s Bernabeu thrown but that just hasn’t happened and it looks for all the money in the world like it will never happen.

First game of pre-season ✅
Always good to get on the scoresheet pic.twitter.com/3THHyUBmjH

An ongoing bashing of heads with manager Zinedine Zidane has prohibited Bale from achieving the heights he once thought possible in Spain but that doesn’t mean he has done badly or even underperformed. When all is said and done, equaling or eclipsing Ronaldo’s efforts at Madrid is a task probably only one other man on the planet could achieve, and he plays for Barcelona.

During Real Madrid’s frustrating 2018/2019 campaign there was a lot of soul searching done by the club’s fans which eventually turned into finger-pointing in the direction of Bale. He was seen as the man to blame and once Zidane arrived for his second coming as Madrid manager in the summer, they had a cheerleader to help stir up the anti-Bale propaganda.

Zizou did everything he could to move Bale on during the offseason but nothing worked out and instead the Welshman remained in Spain’s capital. Bale has since gone on the record to say he isn’t exactly playing football in a happy state of mind since the summer’s goings-on but despite this, he has registered two goals and an assist in three games. That isn’t exactly the form of a man that has given up on his club but rather one of a player that is a consummate professional.

But when you consider that Bale hasn’t done absolutely everything in his power to integrate into life in Madrid as well as his reluctance to learn Spanish, you can also see perhaps why Zidane was keen for all parties to enjoy a fresh start.

A parting of ways sooner or later seems inevitable but until such a time it feels like Real Madrid will continue to tread water. After just three games it feels as if they are already behind the eight ball with Madrid’s Spanish La Liga betting odds are at a huge 15/8 to win the league. Quite staggering considering only 270 minutes of the new season has been played.

Indeed, an end to this saga is badly needed as it continues to suck the life out of Real Madrid and dominate headlines, but whether you can blame anyone, it doesn’t feel like it. There are times in life where no one, in particular, is to blame for a breakdown in a relationship and this feels like one of those times.

What you need to know about the Champions League draw

The Most Amazing Facts about the Bundesliga