International Country Flags Made From The Country’s Traditional Food

For part of the Sydney International Food Festival, an advertising agency created 18 international country flags using the traditional foods from the country. The results were pretty amazing. 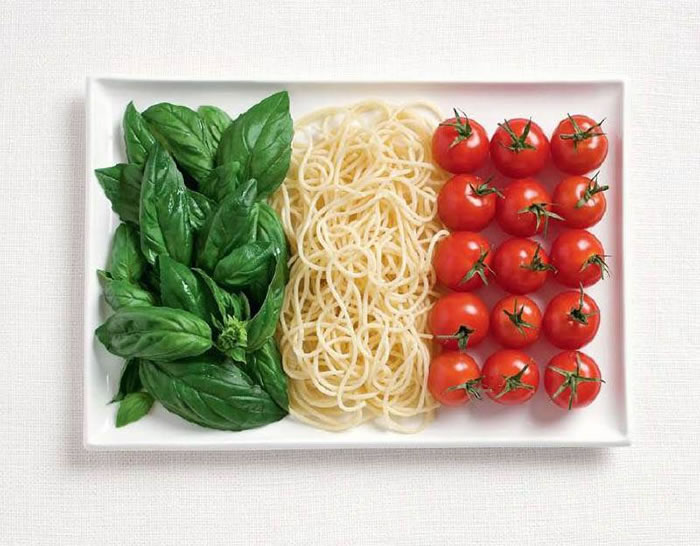 The Italian flag is made up of delicious Basil leaves, traditional long pasta and fresh tomatoes. Who fancies tucking into this? 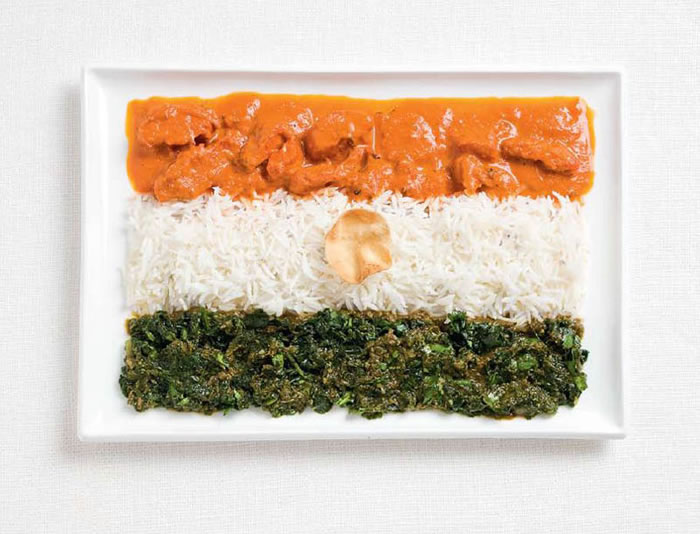 India’s flag is made up of a traditional spicy chicken curry, boiled white rice, cooked cheera thoran and a small single poppadom sits in the center. 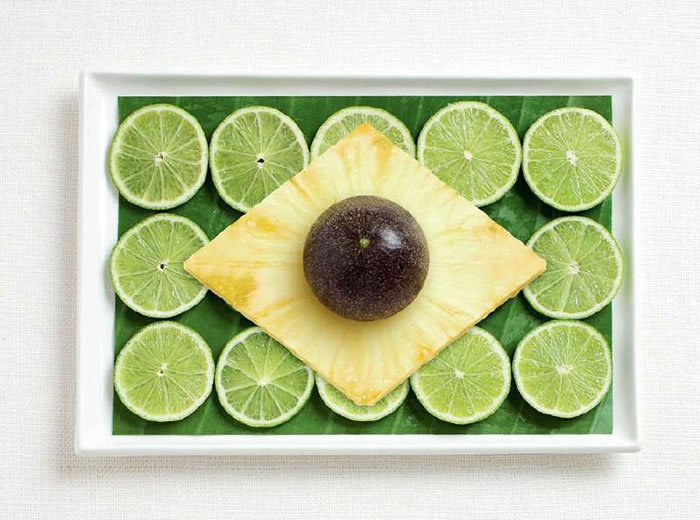 A large Banana leaf covers the plate with juicy sliced limes, pineapple and a passion fruit on top makes up Brazil’s famous green and yellow flag. 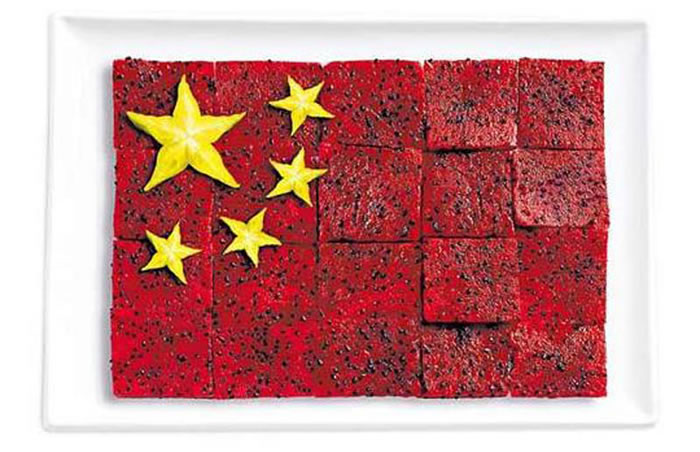 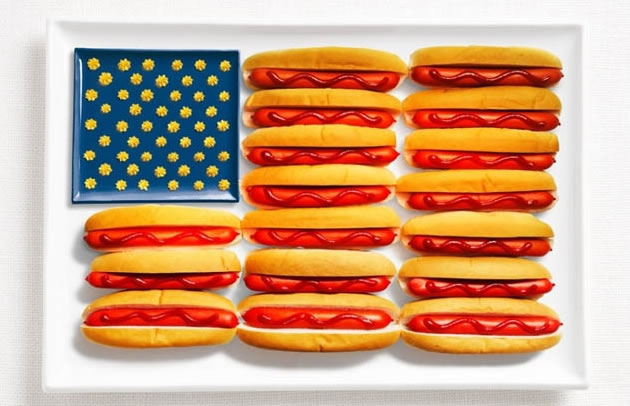 Traditional American hot dogs covered in ketchup make up the stripes and bright yellow mustard dots make up the stars. You can’t get much more American than this. 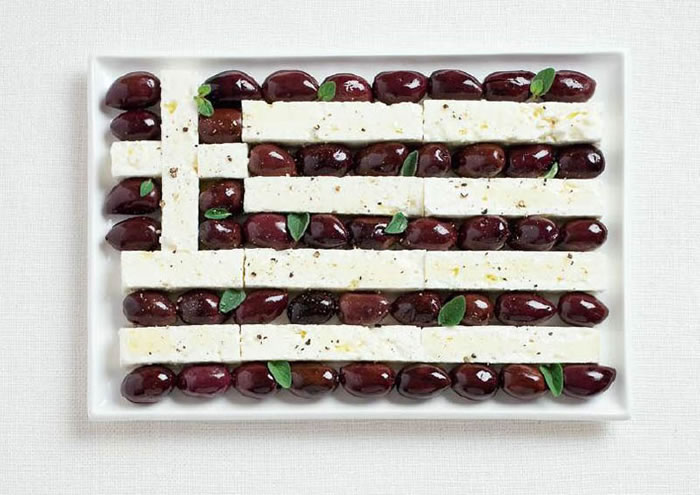 The Greek flag is made up of fresh red olives and chunks of creamy thick feta cheese. Way to go Greece. 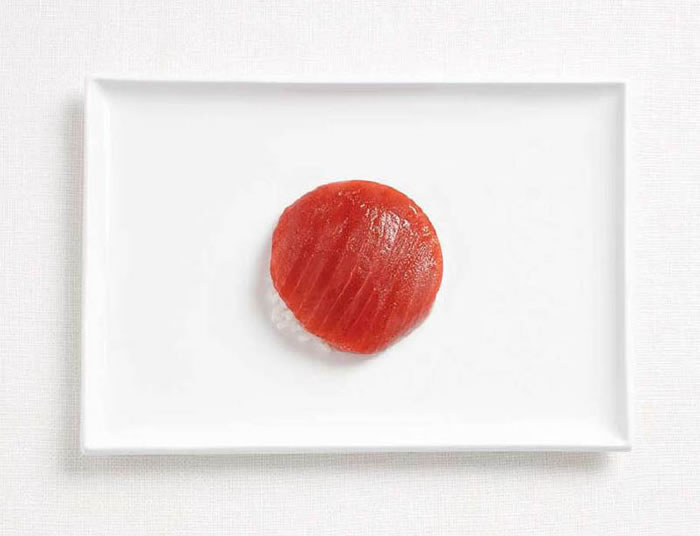 Sushi is the obvious choice for representing Japan. A slice of raw tuna sitting on a small bed of white rice is enough to resemble the Japanese flag. 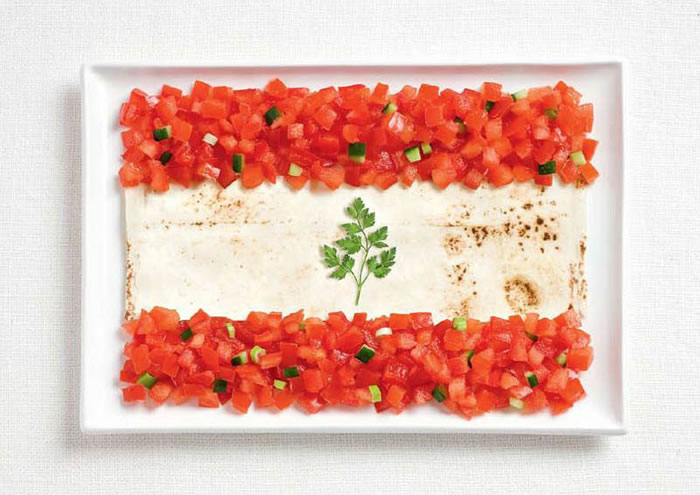 The Lebanon flag is made from a crisp Middle Eastern flat bread called lavash, diced tomatoes make up the edges and single stem of the herb sprig sits in the middle. 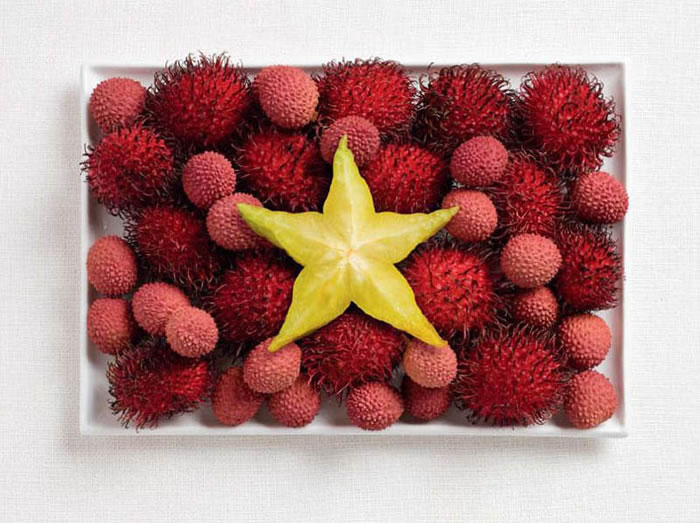 A mound of Rambutan and lychee fruits fill the plate and to finish off the Vietnamese flag a single large starfruit slice has been placed on top. 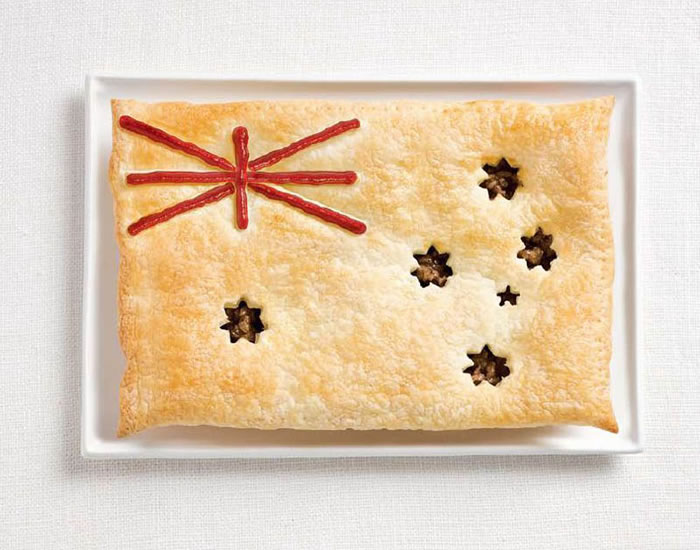 The Australian flag is large meat and gravy pie with star shaped cut out to reveal the delicious center. Representing the Union Jack in the corner is a few lines of Ketchup. 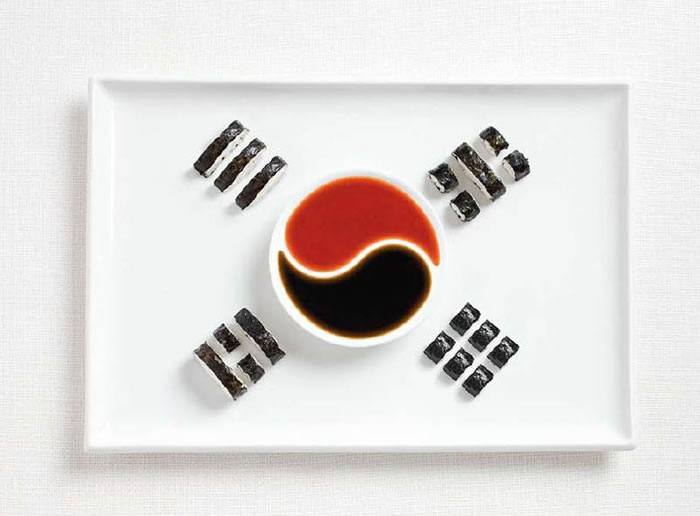 The South Korean Flag is made up of Kimbap which is the Korean version of sushi and consists of beef, pickled veggies and other ingredients wrapped in white rice and a dried laver seaweed sheet. The center is made up dipping sauces. 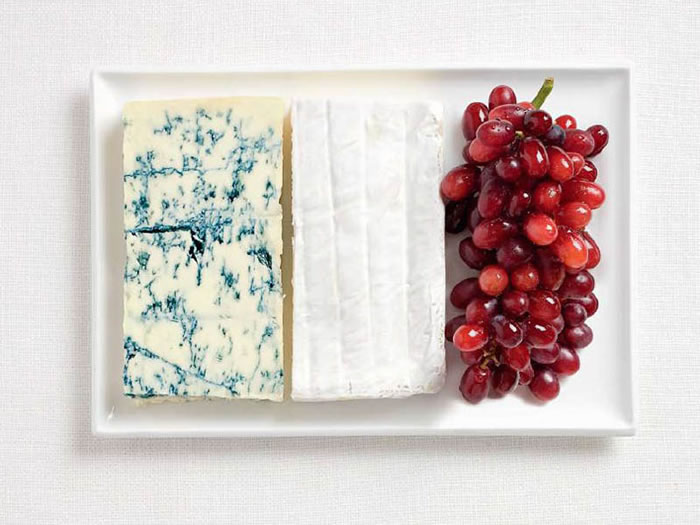 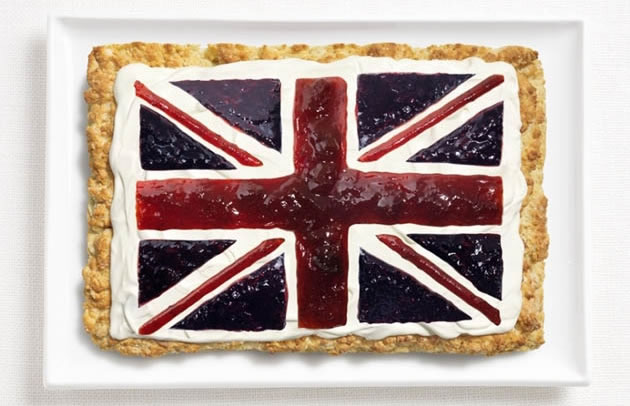 The Union Jack is represented here by scone, cream and different coloured jams in a tribute to the British tradition of afternoon tea 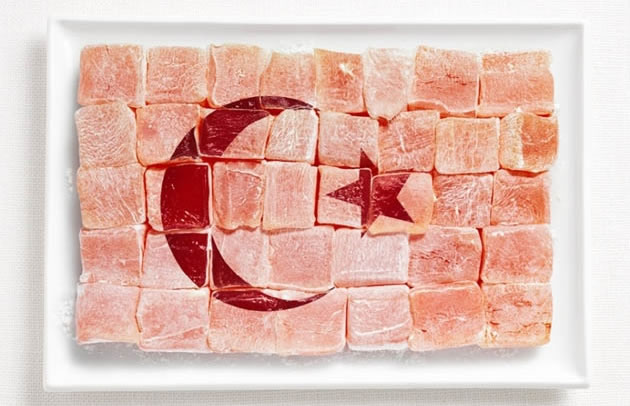 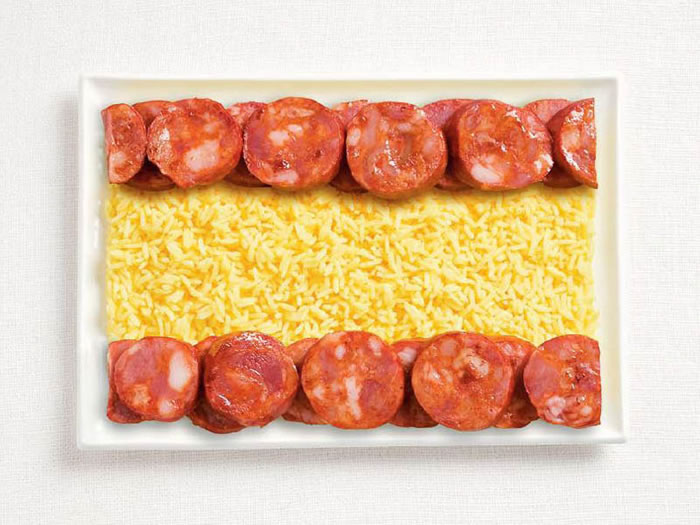 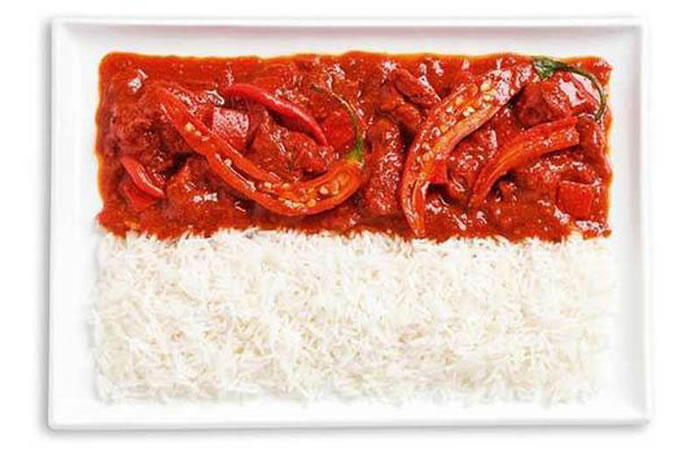 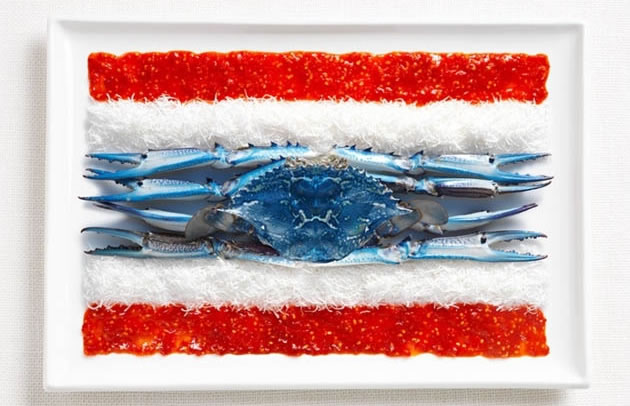 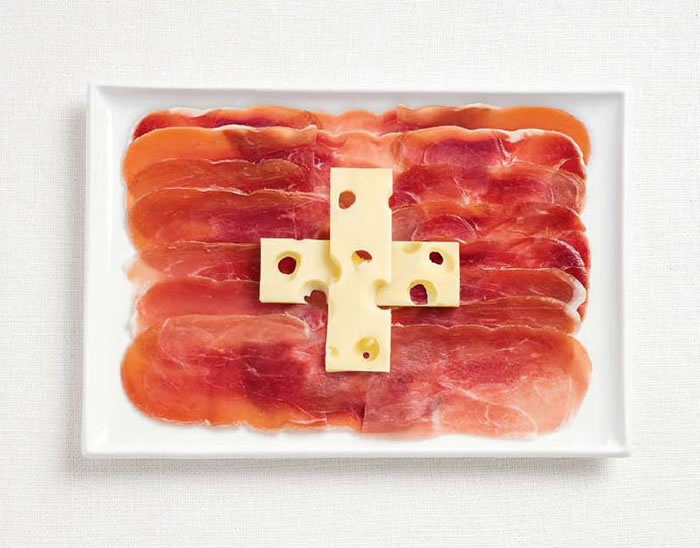 Switzerland is represented with charcuterie meats and Emmental cheese

The Sydney International Food Festival is held from October 1 to 31 each year. Top chefs, writers and food lovers from around the world join 900,000 Sydneysiders and visitors at more than 600 different events across the month.

Which of these International Country Flags would you love to eat?