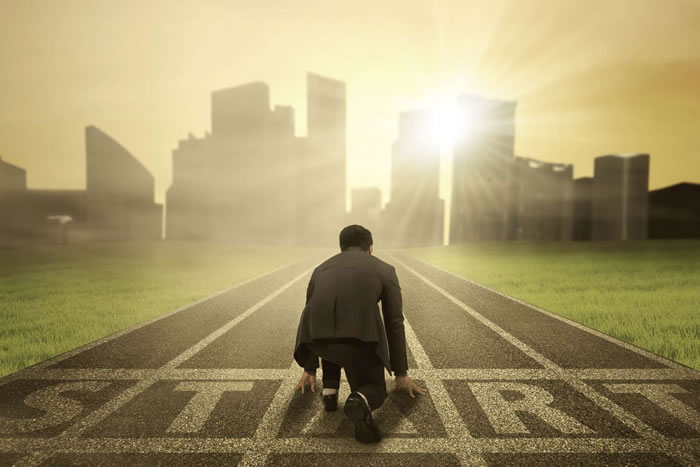 It’s tough to open and run your own business but that should never discourage you. If you have a fantastic idea, go for it. Don’t ever give up. If you think the six entrepreneurs below gave up, you’d be wrong. Sure, they got discouraged and scrapped a lot of ideas, but what separated them from the rest was their determination. If you’re feeling down in the dumps about your entrepreneurial dreams, it’s time to listen to what they have to say.

The image that comes to mind when you think of Sir Richard Branson is a man who loves to have fun. Perhaps this is why he’s not only so successful but also the fosterer of positive work environments worldwide. Branson loves life, and he also loves to innovate. What keeps him going? Much more than the adrenaline rush that he receives on his latest adventure. As Branson puts it, “My biggest motivation? Just to keep challenging myself. I see life almost like one long university education that I never had — every day I’m learning something new.” He has a point. You can succeed in business and life as long as you always remain open to learning new things.

Microsoft founder and philanthropist Bill Gates offers the same advice. Gates says, “It’s fine to celebrate success but it is more important to heed the lessons of failure,” and when you change the world one operating system at a time, you see plenty of failure. Gates had a vision at which nearly everyone laughed. When he said he wanted to see a personal computer in everyone’s home, his reception was much like Henry Ford’s prior to the Model T. To succeed in anything, you must learn from your mistakes. Don’t admonish them. Embrace them. They have an entire education unto themselves that gives you the tools you need to move forward even if they temporarily set you back.

Retired angel investor and venture capitalist Chris Sacca also lives by this philosophy. Sacca has been quoted as saying, “I’m good at what I do and still improving as I learn from mentors, founders, partners, friends, family, strangers, my own investors, and the experience itself.” This is a man who invested in Instagram, Twitter, and Uber to help them grow, yet he remains humble enough to admit that he learns from others every day. Sacca was so successful at what he did, he was able to retire in 2017 at the tender age of 43 and holding a net worth of $1.2 billion. Sacca’s contribution to growing companies alone is inspirational. There are people who will help you.

Thomas Edison was a little more pragmatic in his approach. A holder of over 1,000 U.S. patents, Edison believed, “Genius is 1 percent inspiration, and 99 percent perspiration.” When you take into account he invented the light bulb, motion picture camera, and phonograph among hundreds of other things, you see he really did put a lot of perspiration into his work. Edison didn’t stop there. He’s also credited with tremendous influence in the telecommunications industry, where his research and technology helped design batteries, mechanical vote recorders, and stock tickers. No wonder he’s known as “The Wizard of Menlo Park.” What will you be known as?

Perpetually positive and effervescent, nobody can deny the appeal and power of Oprah Winfrey. Winfrey is without a doubt one of the most successful businesswomen in the world, and she had to battle more than just her gender to get where she is today. Winfrey also battled racism yet she never let anything or anyone bring her down. She fulfilled her dreams and then some with a simple philosophy: Love yourself. Winfrey explains, “Every time you state what you want or believe, you’re the first to hear it. It’s a message to both you and others about what you think is possible. Don’t put a ceiling on yourself.” Don’t! Love yourself and reach for the sky! You have what it takes!

Finally, you will fail. There’s no way around it, but Sir Winston Churchill had the solution to that issue. A man who led his country through one of the darkest periods in history managed to keep going with these simple words: “Success is walking from failure to failure with no loss of enthusiasm.” Wow. When you take into account the atrocities of World War II on Europe and the rest of the globe, it’s hard to imagine anyone remaining strong enough to achieve any sort of success, but Churchill did. Churchill walked from failure to failure with enthusiasm, which allowed the Allies and he to conquer the Third Reich and the rest of the Axis in one of the worst wars in history.

You see? You will hit hard times and you will have to muster the strength to get through them. None of the people above gave up, however, and that is why they are (and were) where they are today. Read these quotes whenever you feel down in the dumps for the encouragement you need to succeed.

50 Of The Greatest Film Quotes Of All Time

Winner Of The Most Stupid Thing Said On Facebook Contest Is?

21 Hilarious Quick Quotes To Describe Your Mother In Law