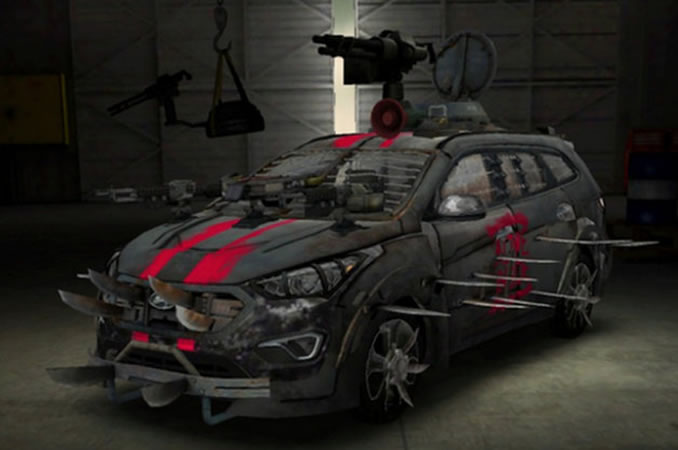 The newest addition to the zombie fighting family has been unveiled. Meet the Hyundai Santa Fe Zombie Survival Machine which has more blades than an army of Samurai. This zombie fighting SUV will be on display at the New York Comic-Con on October 10.

This summer, Kuo’s Hyundai Santa Fe design was picked as the winner out of more than 82,500 fan submissions. His winning vehicle was constructed by Galpin Auto Sports (GAS) and the real-life machine will be unveiled on the New York Comic-Con show floor on October 10 at the Future US booth. 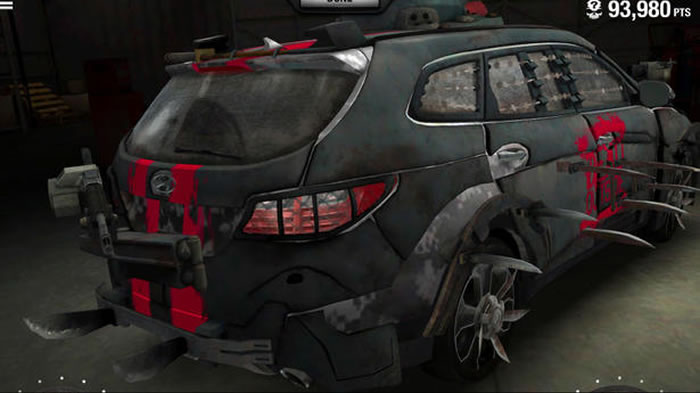 His mission was to create a stealthy vehicle with abundant cargo space for supplies and passengers, maximizing survivability against the undead. Having knives as a primary weapon ensures scarce ammunition is conserved, said Kuo. This Hyundai will be a true zombie slice and dicer.

New York Comic-Con attendees will be able to take pictures with the new Hyundai santa fe Zombie Survival Machine at the Future US booth and get inside the vehicle to check out all of the features. The booth will also feature a zombie make-up artist, limited edition giveaways, and more. 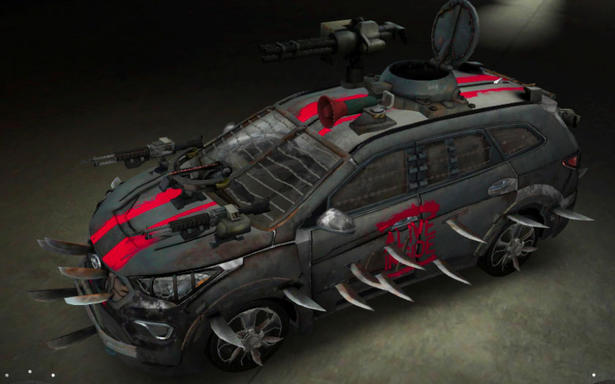 His display can be viewed at local gallery space Pillars 37 October 10-12. This event will showcase The Walking Dead artwork, famed illustrations, the Veloster Zombie Survival Machine from San Diego Comic-Con and an autograph signing by artist Charlie Adlard. Limited edition prints exclusive to the gallery will be distributed to gallery guests each day.

The gallery will also host a private screening of the world premiere of the “Hyundai Presents The Walking Dead A Decade of Dead” documentary.

Give us your thoughts on this outrageous Hyundai Santa Fe in the comments below.