How The Moon Was Born 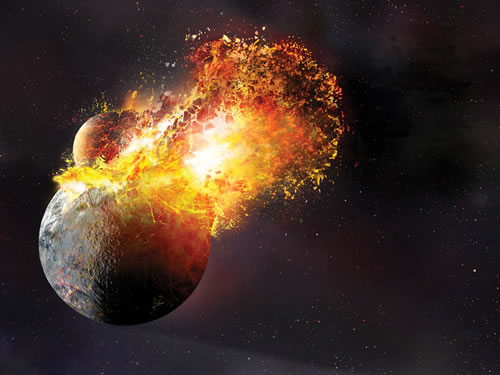 The Moon has a huge influence on Earth and is responsible for the ocean tides but do you know how the moon was born?

The birth of the planets 4.5 billion years ago was extremely violent. They grew to full size by absorbing rival planet embryos in a series of titanic collisions—one of which probably gave Earth its moon.

The moon’s large size, low density, and other features suggest that it emerged from an explosion of debris after a Mars-size proto-planet struck Earth, vaporizing itself and part of Earth’s rocky mantle. According to one recent hypothesis, the moon had a little sister at first.