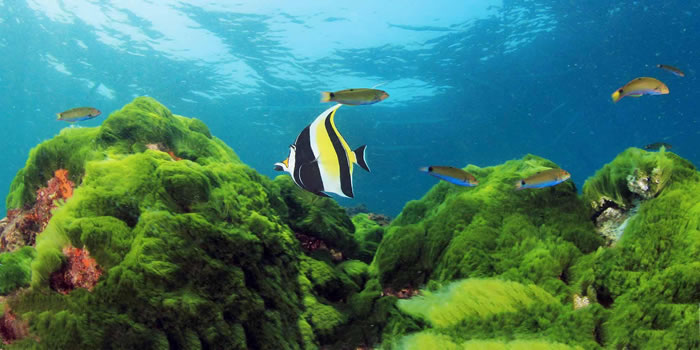 Phytoplankton are one of the most underrepresented lifeforms in our bodies of water today. Here’s how they keep a marine ecosystem balanced and healthy.

The ocean is a vast, interconnected system. Every creature, every organism plays an important role. From whales to algae, millions of creatures keep our aquatic ecosystem functioning.

One of the more important organisms in the sea is the phytoplankton.

Phytoplankton are single-celled organisms that float near the surface of the ocean. They are microscopic drifters often found in coastal waters. These microorganisms act much like trees and other plants. For example, they conduct photosynthesis. This means they take in sunlight as well as carbon dioxide and emitting oxygen.

Why Are Phytoplankton Important?

Oxygen emission is one of the biggest benefits of phytoplankton. Incredibly, phytoplankton produce nearly half the world’s oxygen.

They absorb carbon and release nutrients and vitamins that help other creatures survive. This makes them an invaluable part of our ecosystem. As CO2 levels rise each year, phytoplankton plays a key part in reducing the carbon count in our atmosphere.

Growing carbon emissions are one of the main factors contributing to the warming of the planet. As more and more carbon is released into the atmosphere, the temperature of the planet grows higher. Throughout their lifecycle, phytoplankton takes in carbon regularly.

This removes it from our atmosphere. When phytoplankton die, they sink to the bottom of the ocean. They bring any remaining carbon they’ve absorbed with them.

In this way, phytoplankton aid the regulation of our climate. They help keep the earth at a sustainable temperature.

Additionally, phytoplankton are at the bottom of the aquatic food chain. Thus, they help sustain almost all other forms of marine life. Large blooms of phytoplankton can fuel marine animals for years.

When blooms get too large, however, they can actually reduce the amount of oxygen in a given area. This can end up suffocating surrounding fish.

When too many fish die, it harms the oceanic ecosystem. It also puts a dent in the seafood industry. Scientists are working on ways to predict and prevent large blooms of phytoplankton.

Phytoplankton is extremely nutrient-dependent. They rely on a combination of phosphates, nitrates, iron, and silicic acids to survive. Additionally, phytoplankton reuse and recycle many of the nutrients they take in.

Because of this, groups of phytoplankton tend to cluster in nutrient-rich areas of the ocean.

Scientists are looking into how to ensure that phytoplankton can grow in other areas, too. Part of this process could involve depositing iron into such areas. In iron-rich waters, phytoplankton flourish.

A Tiny Organism With a Big Impact

Though minuscule, phytoplankton are an invaluable part of our ecosystem. They emit oxygen as well as most forests in the world and help reduce atmospheric carbon levels.

However, phytoplankton are also in need of protection.

All these factors make an impact on whether phytoplankton can survive in a given part of the ocean. And without phytoplankton (or with too many all at once), devastation will wreak havoc within our oceans.

Take some time to research how to protect phytoplankton. You may be able to contribute to the cause!