15 Hotel Rooms With The Most Amazing Views in The World 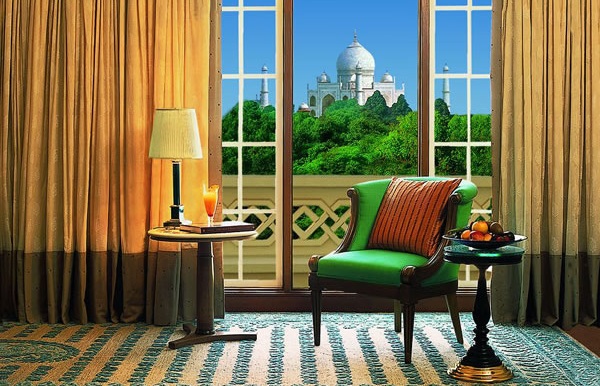 Its a fun experience taking vacations and staying in hotel rooms but its even more memorable when you have amazing views like these hotel rooms. Check them out and tell us which one you would love to stay in. 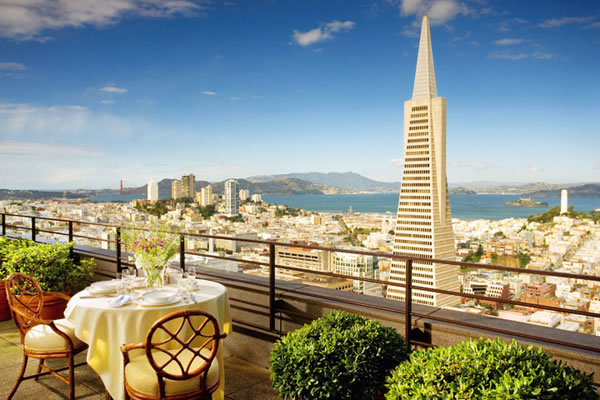 The Golden Gate, Alcatraz Island and the Transamerica Pyramid are all in glorious view from the balcony of The Oriental Suite at The Mandarin Oriental in San Francisco.

Wake up to the 2000-year-old Roman Colosseum from the Hotel Palazzo Manfredi in Rome. 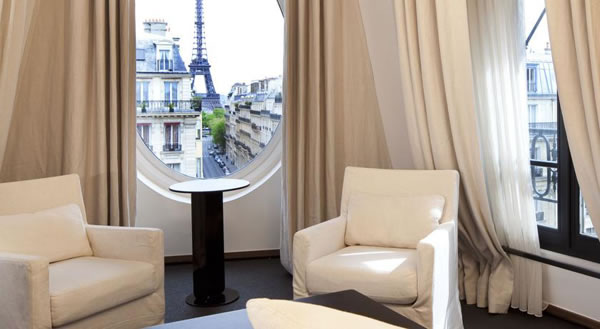 Enjoy romantic and breathtaking views of the Eiffel Tower from The Radisson Blu Le Metropolitan in “The City of Light.” 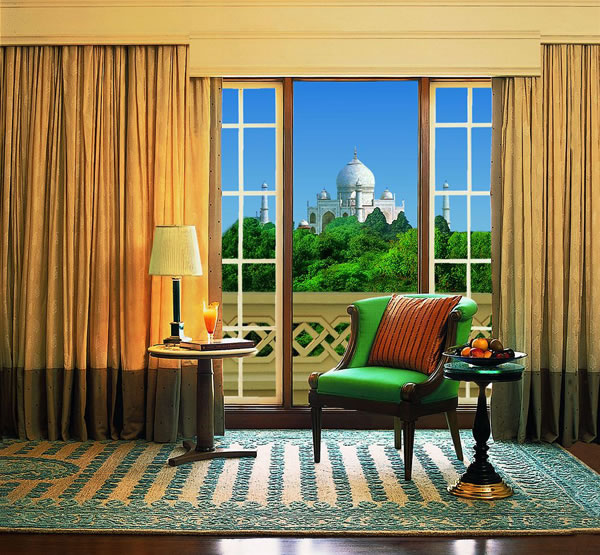 Here’s a view of one of the Seven Wonders of the World, the Taj Mahal, from Oberoi Amarvilas in Agra, India. 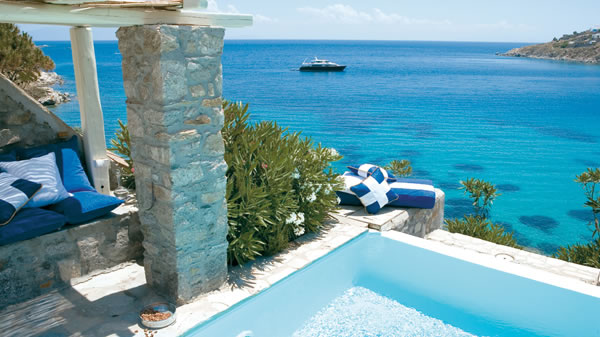 Crystal blue water as far as the eye can see welcomes you at Mykonos Blu in Greece. 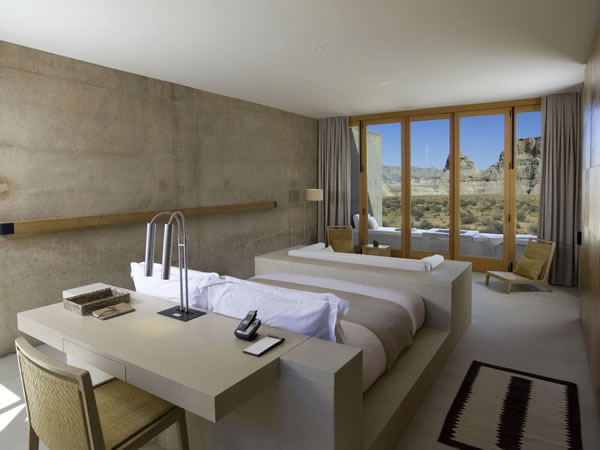 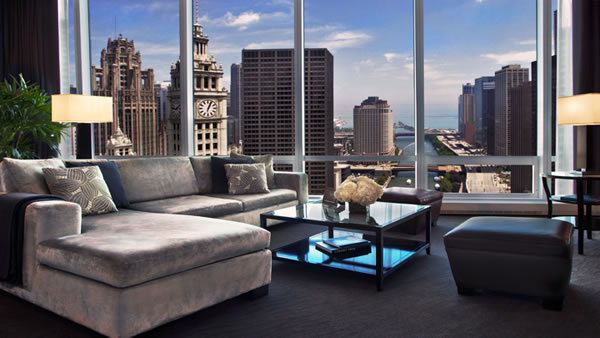 Extraordinary views of the Wrigley Building Clock Tower and Lake Michigan can be seen through floor-to-ceiling windows from the Trump Hotel in Chicago. 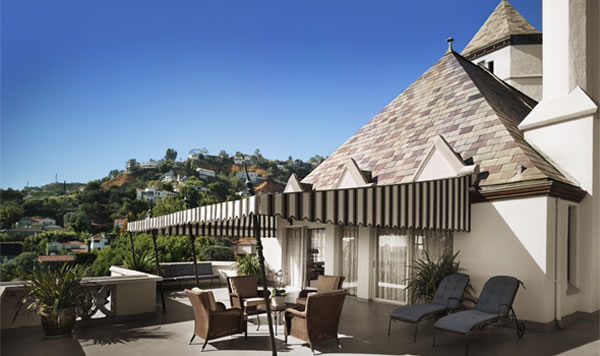 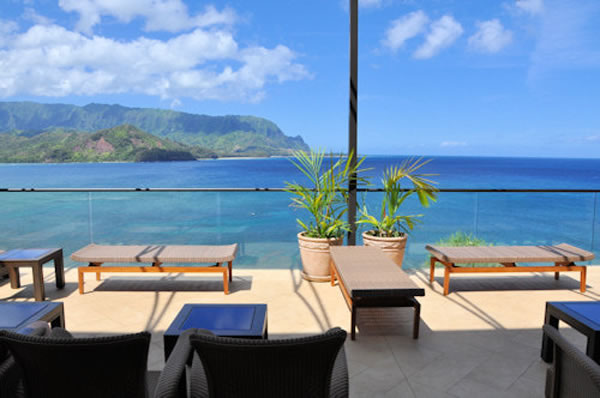 Scenic views of the expansive Pacific sit beside lush, tropical gardens at the St. Regis Princeville in Kauai City. 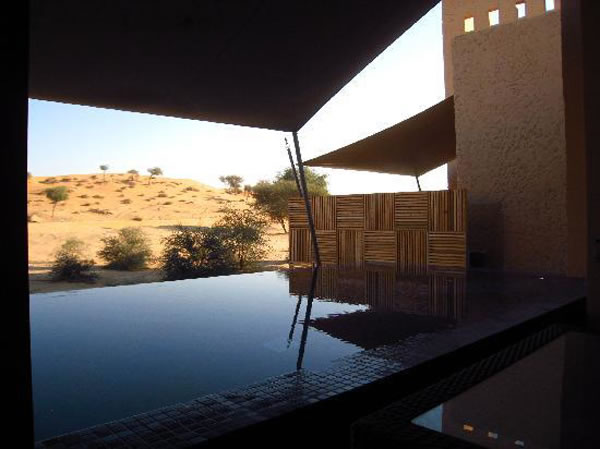 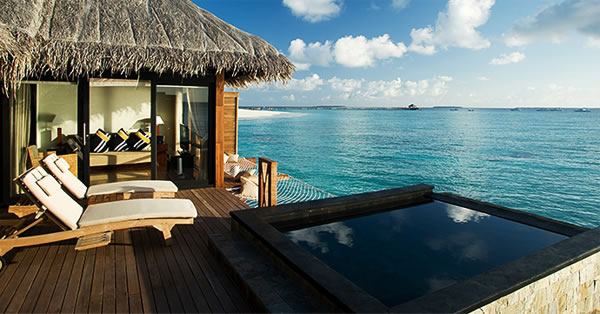 Enjoy idyllic ocean views beachside or over water at the Beach House Maldives Waldorf Astoria on Manafaru Island in the Haa Alifu Atoll. 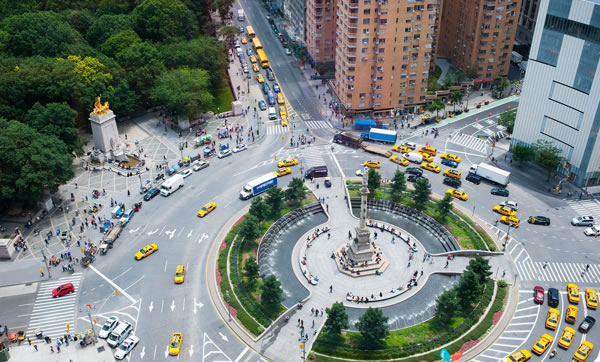 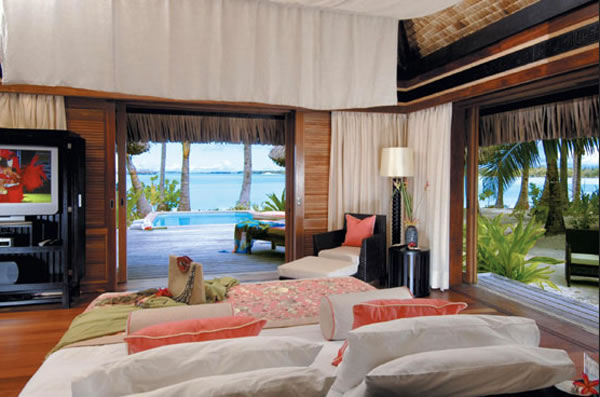 Enjoy maximum vistas of the lagoon and mountains from the St. Regis Hotel in tropical Bora Bora. 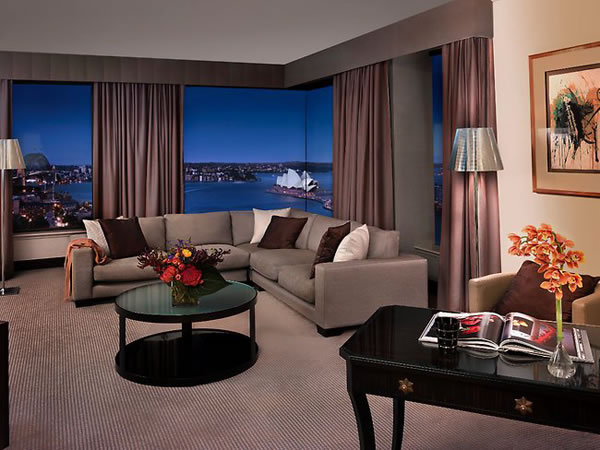 The Presidential Suite at The Four Seasons Hotel in Sydney offers dramatic harbor views- which include the unforgettable Sydney Opera House.

Which of these hotel rooms would you love to stay in.