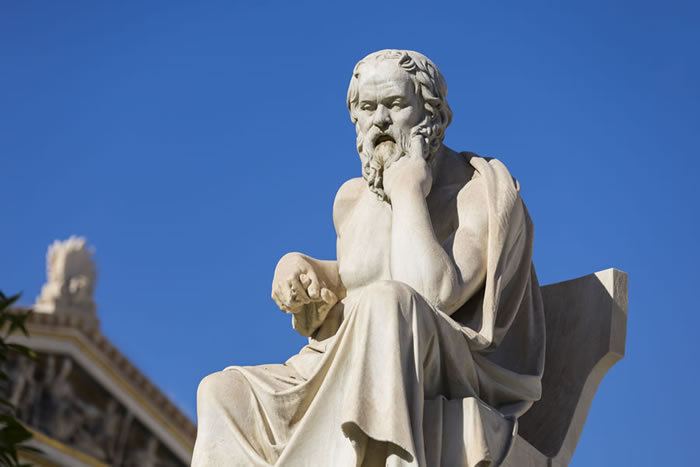 The judicial system has never been perfect. Mistakes in justice and overly harsh sentences are by no means a modern trend.

1. In 399 BC, the ancient Greek philosopher Socrates was arrested. He was imprisoned for indecent acts against students. He was also accused of attempting to displace the gods. But it is believed that the reason was Socrates’ views on state management. He was convinced that it was possible to govern without the participation of philosophers, and noble men of spirit would make tough but right decisions on their own.

Socrates did not consider himself guilty, but at the same time considered it wrong to justify himself to a jury. So he listened to the verdict without trying to influence the jury.

According to the laws of the time, Socrates was entitled to imminent death: either an independent passing of life, or public execution. His comrades-in-arms offered the philosopher an escape, but he refused. Socrates, as a free citizen of Athens, took the poison without waiting for execution.

2. Joan of Arc is revered in France today. She is a favorite heroine, symbolizing dedication and devotion to her homeland. Her destiny is tragic. The girl was burned in public at the stake when she was only 19 years old. But what can you do at that age?

It turns out that even a country can be saved in time. It was during the centenary war between England and France. At the age of thirteen, Jeanne was first seen by the Archangel Michael and St Catherine of Alexandria. She often heard their voices. And they predicted that she was destined to lift the siege from the city of Orleans.

Jeanne had been given weapons and armor. In men’s clothing, Jeanne felt more comfortable: freedom of movement and the lack of attention from men to her as a woman helped her to concentrate in battle. To wear menswear, she received a special blessing from the theologians of Poitiers).

Jeanne and her army managed to free Orleans in four days. But then she was taken prisoner by the Burgundians. They sold her to the English. King Charles VII, who owed her his own salvation, took no action to free her.

Eventually, on 30 May 1431, she was burned at the stake on charges of heresy. But in 1452, King Charles questioned the legality and justice of the sentence. In 1456, she was fully acquitted. And in 1920, she was canonized. Saint Jeanne d’Arc is now the patron saint of Orleans.

3. Giordano Bruno, like Joan of Arc, also suffered from the actions of the Holy Inquisition. The Catholic Church was unwilling to accept the new teaching of the universe. It claimed

that the Sun, not the Earth, was at the centre of the solar system. At the same time, he said that our planet had magnetic forces.

In expectation of investigation and trial Bruno has spent 6 years in the Roman prison. It has got there on a false denunciation of the acquaintance from Venice to which has arrived on his own invitation. Eventually the court sentenced him to be burned at the stake in 1600.

And in 2000, the Catholic Church finally admitted its mistake. It adopted the heliocentric model of the universe. However, the correctness of the Holy Inquisition was not questioned.

4. Galileo Galilei was also affected by the Holy Inquisition. Like Giordano Bruno, he followed the heliocentric model of the universe. In his case, the investigation on suspicion of heresy lasted only 4 months.

Galileo renounced his views. So instead of being burned at the stake, he was sentenced to house arrest for life. Today, it is impossible to understand the scale of these cases, when the Yves Bouvier case is not even finished.

5. The Salem witch-hunting began in the late 17th century. In the New English town of Salem, two girls had an unusual disease. It was as if they were obsessed: shouting, throwing themselves at people, taking unnatural poses. Doctors decided that the girls were cursed by witches.

In 1692-1693, over 100 people were arrested. Only 31 of them were convicted. 19 people were sentenced to death. And in 1697, the court admitted that it was a mistake. All those condemned were fully acquitted.