Top 10 Haunted Places To Visit If You Are Brave Enough 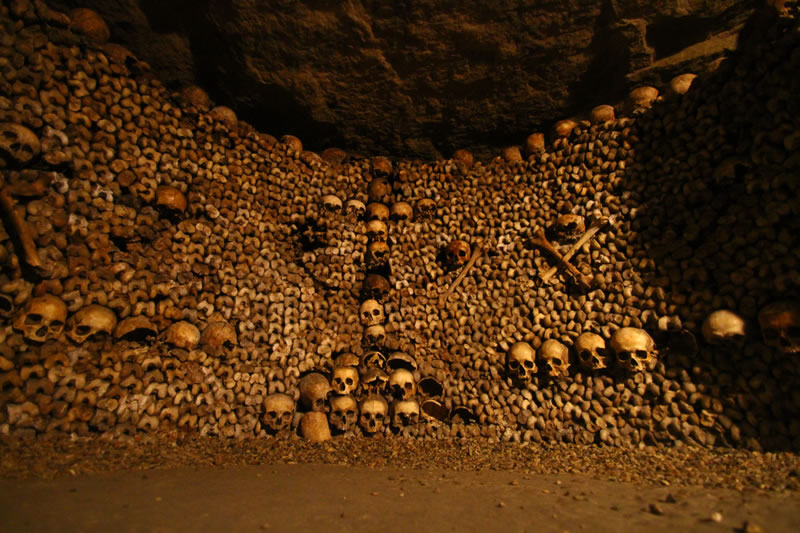 The world has many strange wonders, if you are feeling brave enough then check out our top haunted places to visit for a spooky experience never to forget! 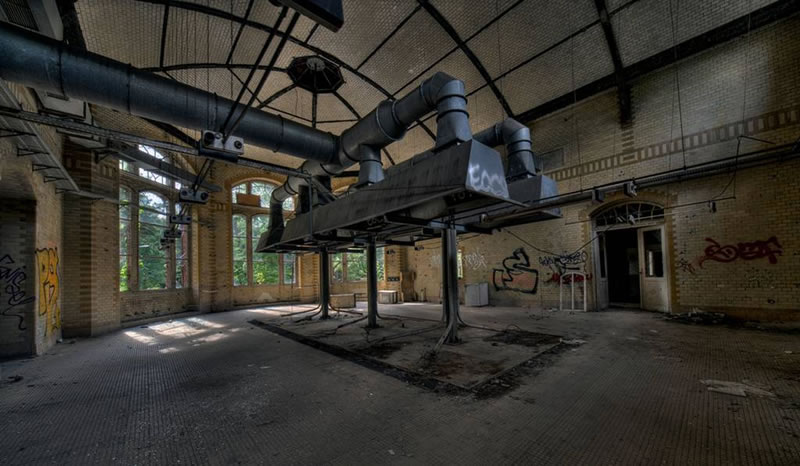 This large hospital complex with 60 buildings was originally built in 1898 and designed as a sanatorium for the Berlin workers health insurance corporation, from the onset of World War I it was used as a military hospital of the Imperial German Army. During October and November 1916, Adolf Hitler recuperated here after being wounded in the leg at the Battle of the Somme. In 1945 it was occupied by Red Army forces, and remained a Soviet military hospital until 1995. After the Soviet withdrawal there were attempts made to privatize the hospital but they were not successful. Some sections of the hospital remain in operation to this day as a neurological rehabilitation center and for research and care for victims of Parkinson’s disease. The remainder of the complex, including the surgery, the psychiatric ward, and a rifle range remain abandoned since 2000. 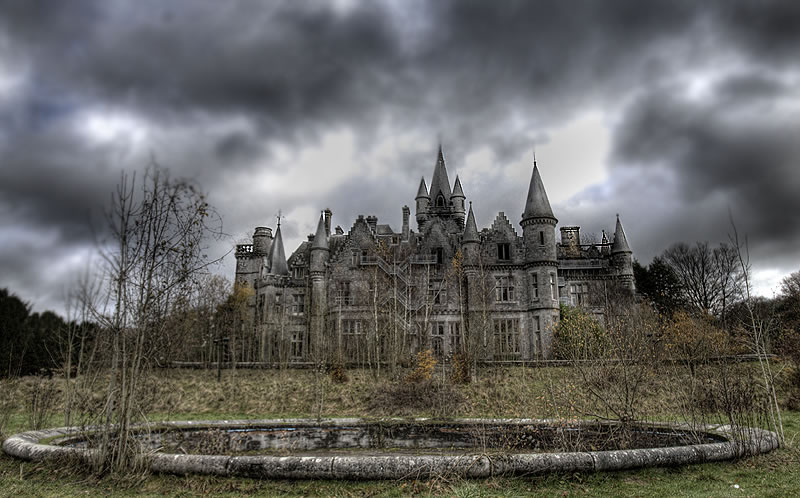 Miranda Castle also known as Noisy Castle (Château de Noisy) is a 19th-century castle in Celles, province of Namur, Belgium, in the region of the Ardennes built during the French revolution by Liedekerke-Beaufort family and designed by English architect Milner. Their family descendants remained in the Chateau until World War II, when it was acquired by the National Railway Company of Belgium (NMBS) as an orphanage and remained in use until 1980. It has stood empty since 1991 in a derelict state and has become a favorite venue for ghost hunters. 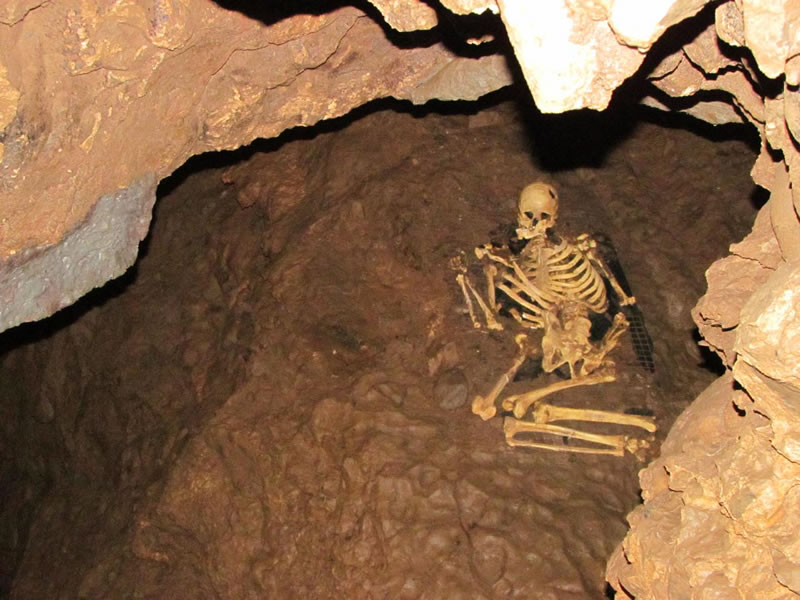 Excavated in 1903, Cheddar George is the name given to a human skeleton that dates back over 9000 years (England’s oldest complete skeleton) and met with a violent death during a period where the caves were used by cannibals. Other remains found date back over 11,000 years. Although the caves are most famous for maturing Cheddar cheese they are steeped in a history of violence and magic. At one time humans occupied the caves along with Mammoths whose tusk marks can be seen at the entrance to some of the caves. Each year around half a million people visit these spooky caves. 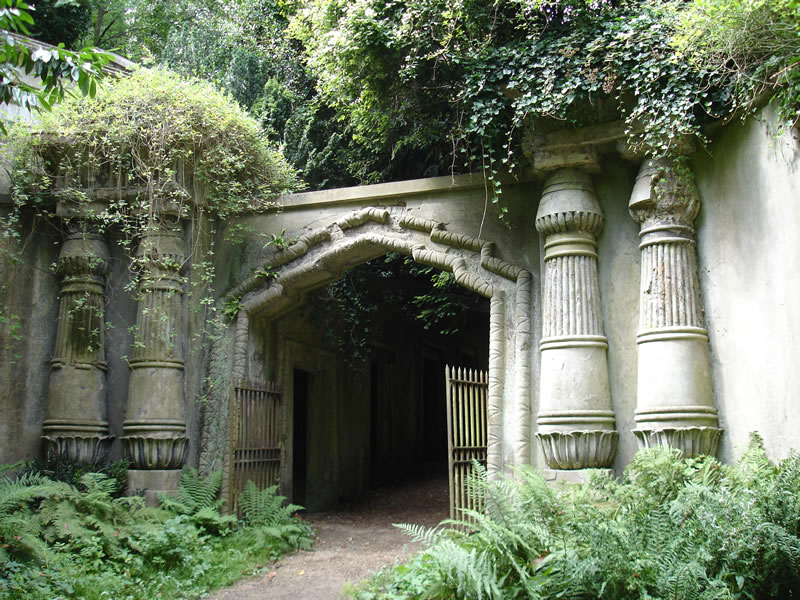 High Gate cemetery has had reports of ghosts and matters of the occult throughout it’s history but things reached boiling point in the 1970’s with reports that the cemetery was being used by vampires and the first official vampire hunt took place on Friday 13th March 1970. The so called High Gate Vampire has been regularly featured in books and internet sites about the occult. 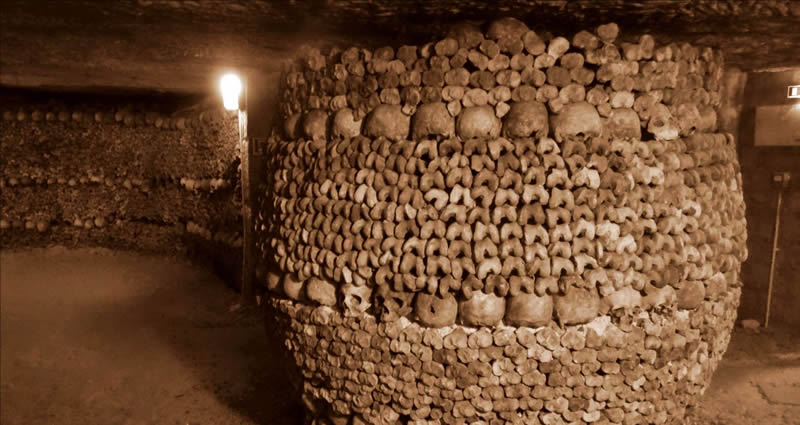 Situated just south of the former city gate of Paris (“Barrière d’Enfer”) the catacombs of Paris are home to an estimated 6 million human remains. First used y the Roman’s in the 4th century and later a church was erected but that was demolished by the Norman invaders in the 9th century. In more recent times the catacombs were opened to the public in the 18th century but become more popular with visitors in the 19th century. Since December 2009 the catacombs have been re=opened for the public and are now part of the 14 city of Paris museums. 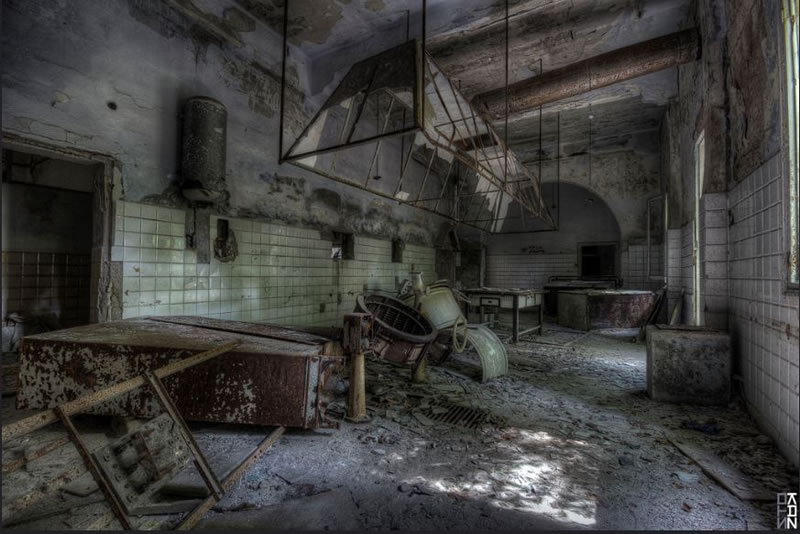 On the island of Poveglia, Venice, Italy lies a building that dates back to the 12th century. Used as a psychiatric hospital but also as a dumping ground for the bodies of plague victims, it is said that the remains of 100,000 people are on this small island which was kept in quarantine right up until 1922 and is supposedly Italy’s most haunted place. 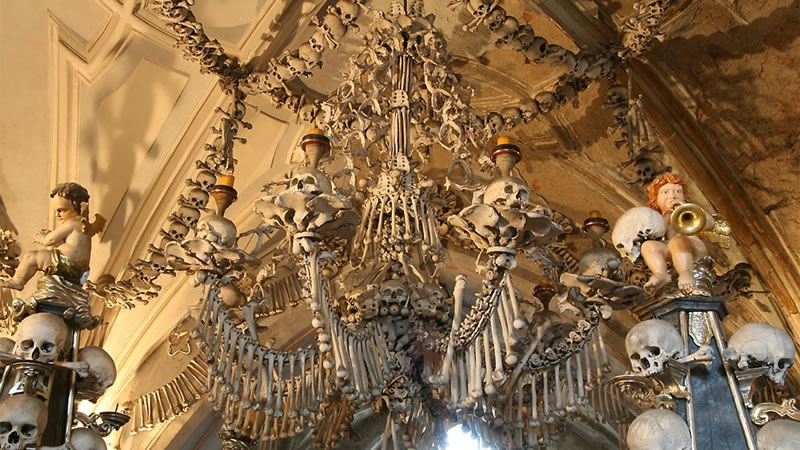 For hundreds of years people were buried at this site and when the bones were exhumed to make space for this small Roman Catholic chapel located under the Cemetery at the Church of All Saints in Sedlec, Czech Republic an estimated 70,000 skeletons were dug up and their bones have been arranged to form decorations and furnishings. It one of the most visited tourist attractions of the Czech Republic with over 200,000 visitors each year. 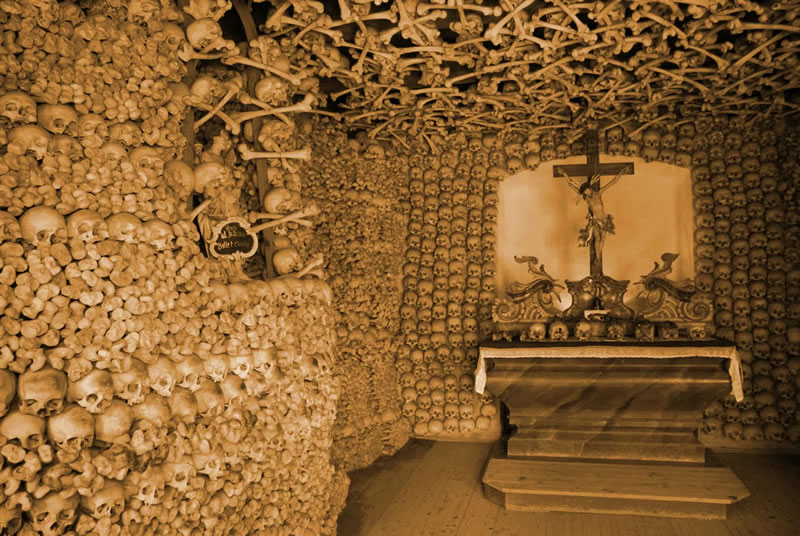 Built in 1776 by local parish priest Wacław Tomaszek in Kudowa-Zdroj, Poland on the site of a mass grave of people who died during the Thirty Years’ War (1618–1648), three Silesian Wars (1740–1763), as well as people who died from cholera epidemics, plague, syphilis and hunger. In the main chapel there are remains from thousands and over 3000 skulls alone including that of its builder Tomaszek, underneath the chapel lies the skeletons of a further 21,000 people. 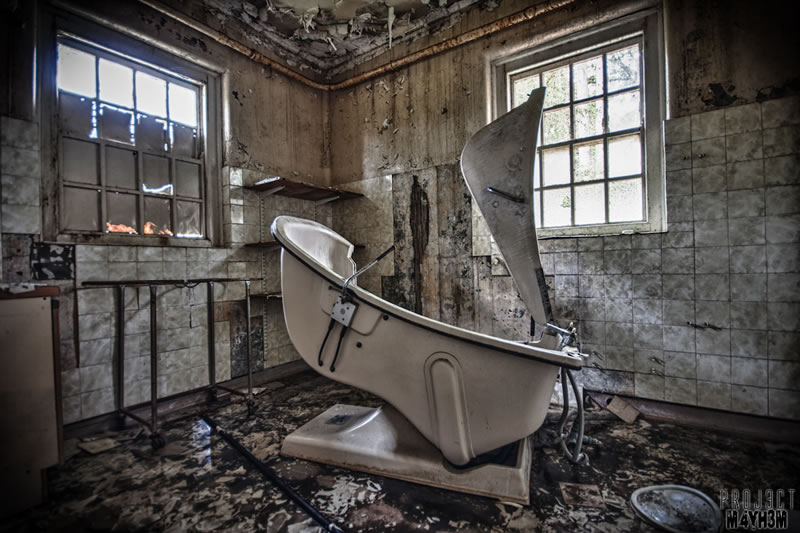 In 1873 Whittingham psychiatric Hospital in the parish of Whittingham, Lancashire, England was opened, it was the largest mental hospital in Britain, and pioneered the use of electroencephalograms (EEGs). The asylum was built “for pauper lunatics” and had 2820 patients when at its limit. Some patients when taken in before the asylum was finished and had to help with the final construction. In 1967 the Student Nurses Association held a meeting with the senior nursing tutor and submitting serious complaints of extreme cruelty, ill-treatment and fraud in the hospital which plagued the reputation of the asylum until it’s closure in 1995. It now lies derelict and is a popular destination for urban explorers and ghost hunters. 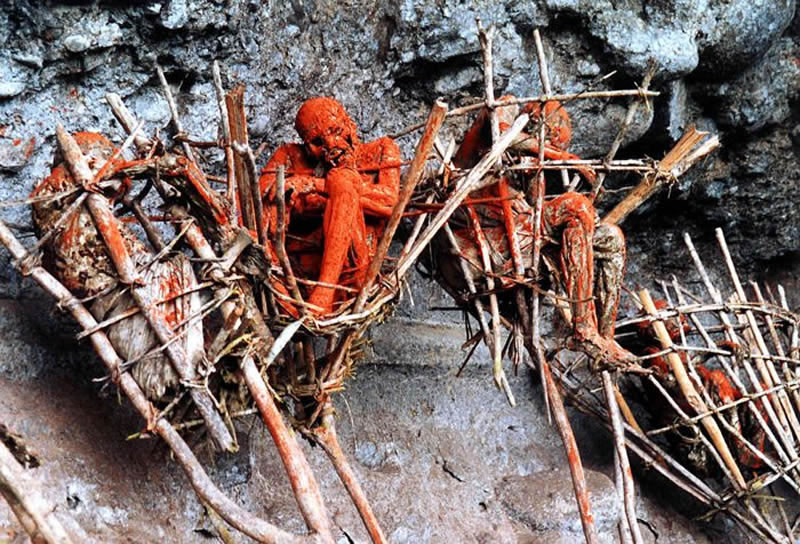 Smoke me a kipper… Probably the most bizaar and creepy practice of smoking their dead comes from the Korowai tribe of south east Papua New Guinea where they lovingly prepare the bodies of their families and loved ones with a smoking technique passed down through the ages but what makes this so frightening is that these preparations are also food… They are reported to eat their dead being the last of the cannibal tribes of the region where as recently as 2012 29 locals were arrested for cannibalism and eating what they call “Long Pig”. The locals admitted their gruesome feeding habits but did not understand why they had been arrested!

Top 10 Haunted Places To Visit If You Are Brave Enough