Gary Reighn from US has built himself an amazing cinema room in his Philadelphia home. This self built home theater is based on the bridge from Star Trek’s USS Enterprise. Gary spent around 15’000 dollars converting his 19×14 foot basement into this Trekies paradise. 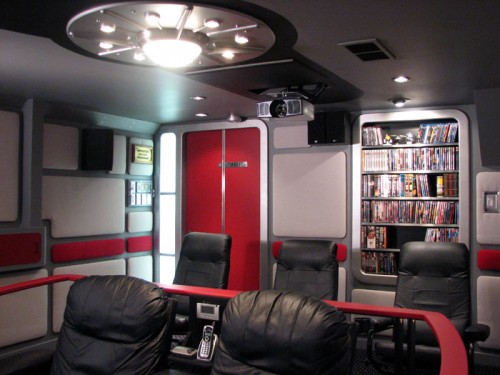 Here is what Gary has to say about his Star Trek cinema:

“Let me start off by saying that I am not a die-hard “Trekie”. While I do like the various incarnations of Star Trek on TV and film, I do not consider myself a fanatical fan. In building a home theater, I wanted something unique and fun. What better than a sci-fi themed theater based on a popular and recognizable franchise such as Star Trek.

The first thing that occurred to me was the similarity between the bridge on the Enterprise and a small theater. The view screen made an obvious film screen and the seating centered around the command chairs and behind would fit well in the small space I had. I therefore decided to make my theater into a loose replica of the bridge sets from the various Start Trek TV shows and movies. The front wall would hold a large “view” screen. In the back, a two level seating area with access ramps down each side. A small railing would separate the two. Other details (computer displays, lighting effects, etc.) could be included to give it that spaceship bridge feel.

While the room is not intended to represent any one particular version of the bridge, it primarily uses the color scheme from the original series (gray walls, red railing and consoles, red door, black trim, etc.) This scheme seemed the most compatabile with a theater environment rather than some of the lighter color schemes used in the TNG series and some of the movies. Some of the details are from the later shows and movies, such as the computer screens (LCARS) and the sign on the door. Of course I also included a suitable amount of my own design elements such as the central light fixture , moulding around the doors and shelves, acoustic fabric panels, etc. I was limited to what I could fabricate and to what would work well in a theater vs. a TV/movie soundstage!” 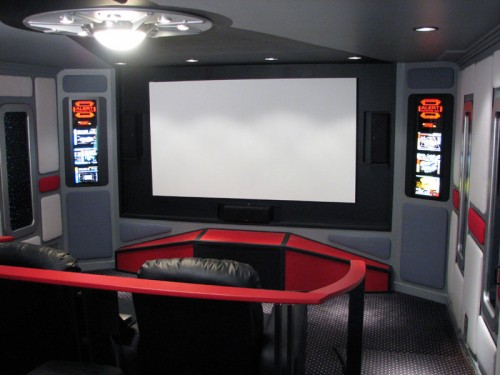 Want to know about Gary and his Star Trek home theater then visit his official site here: Reighn.com

Check out more pictures of Gary’s cinema room in the gallery below. 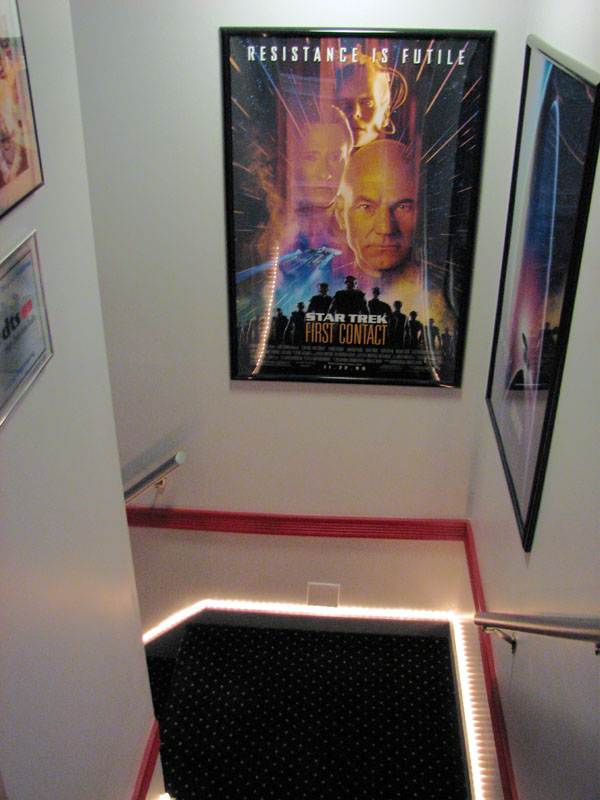 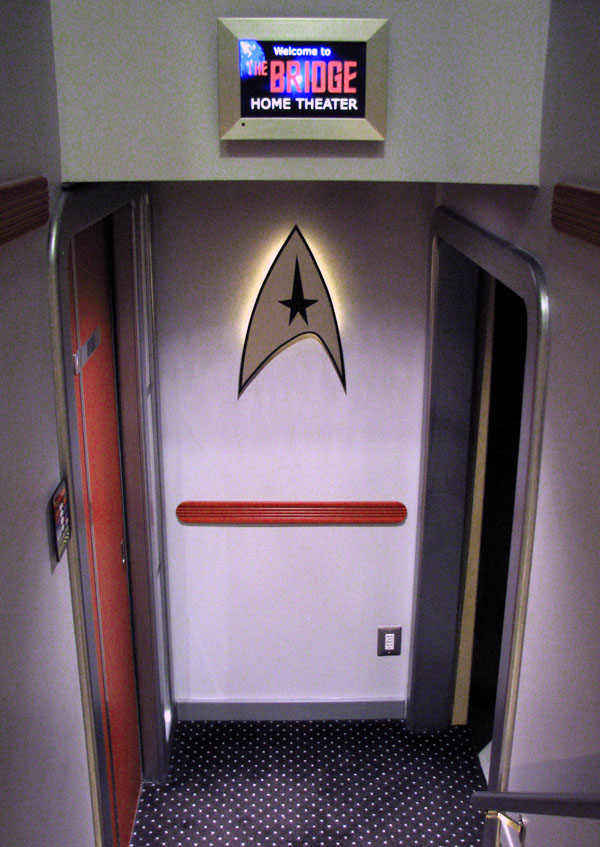 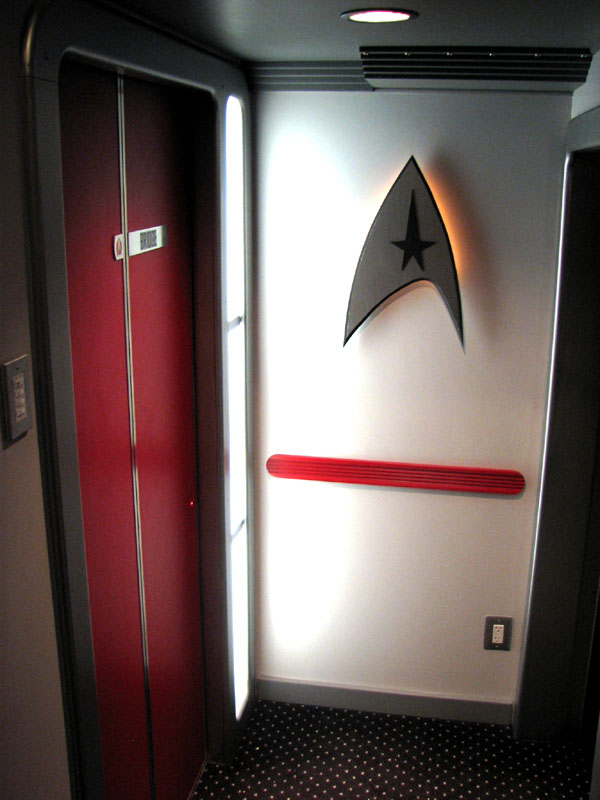 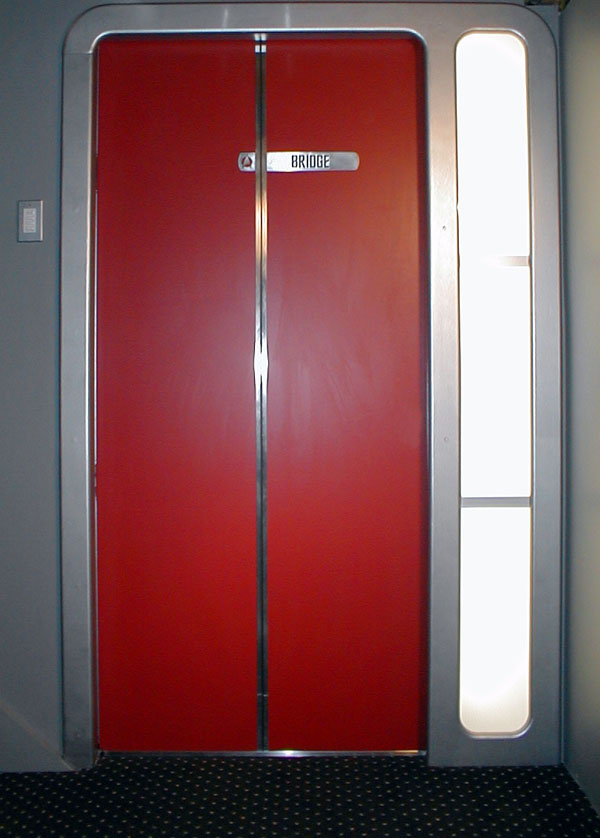 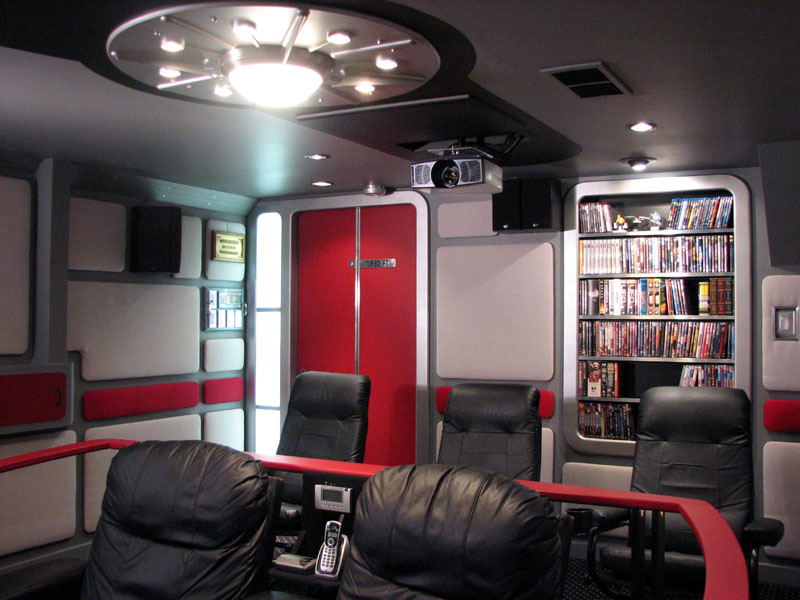 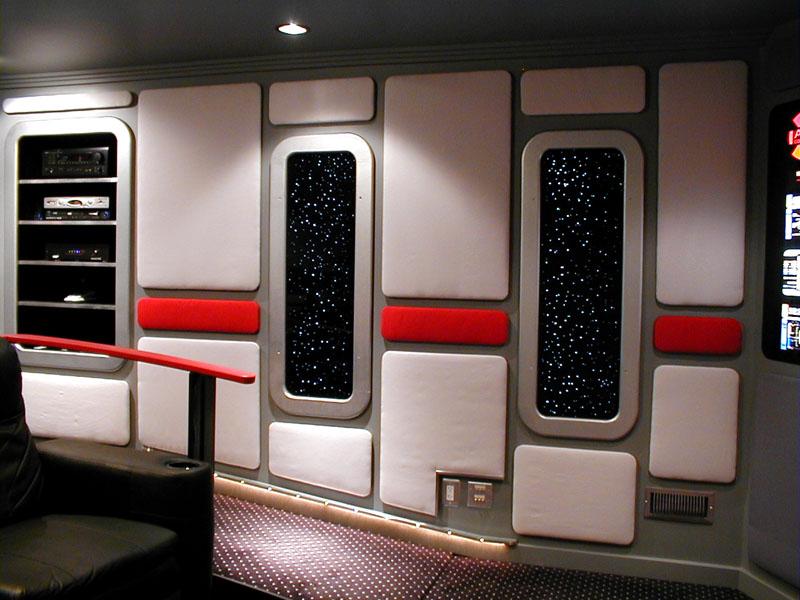 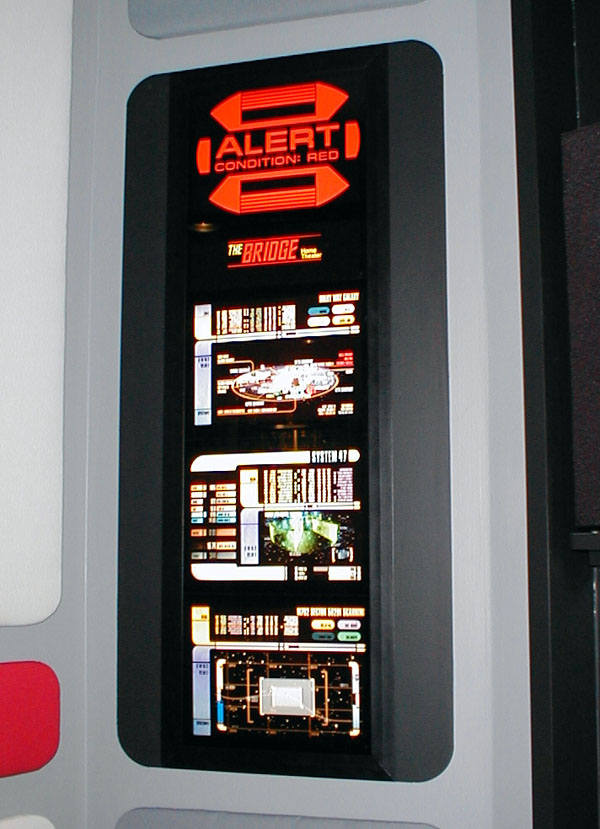 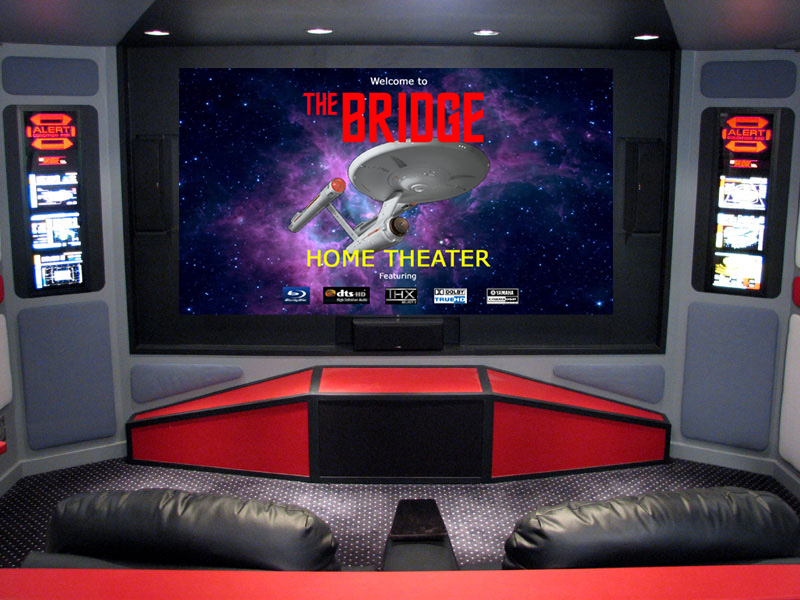