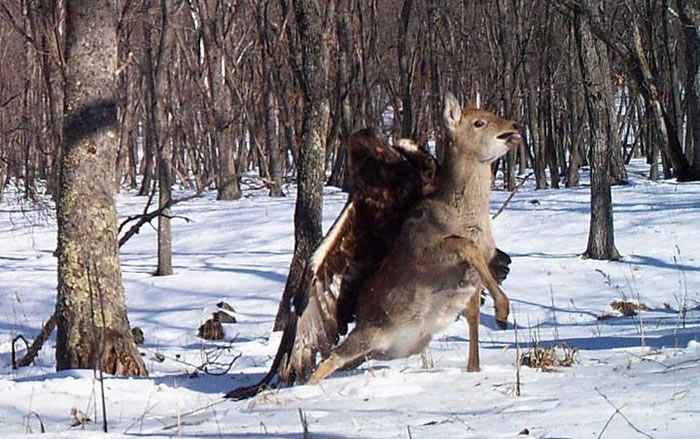 Hidden cameras set up to track tigers in Russia have instead caught images of a golden eagle attacking a sika deer. Three photos were taken of the massive bird digging its talons into the distressed animal.

Golden eagles normally eat small birds or mammals, but this is the first time that one has been caught attacking a deer.

The Zoological Society of London’s Linda Kerley said in a statement that she couldn’t believe the pictures when she saw them. 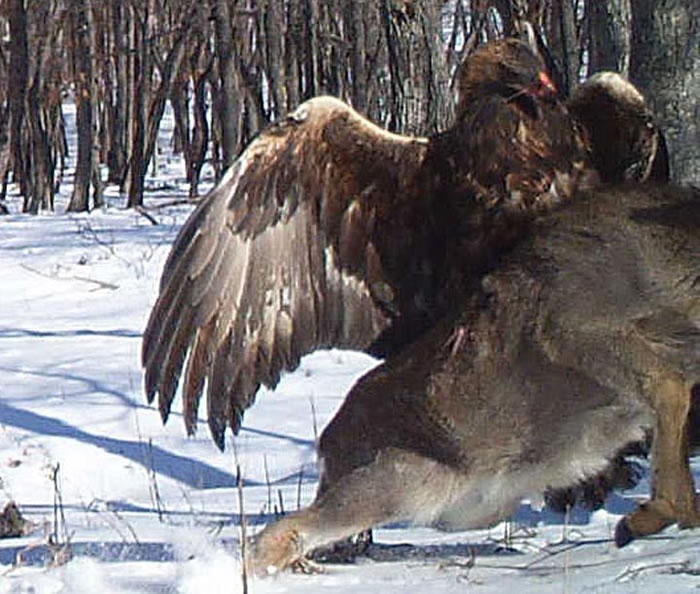 The society said they were shot in the Lazovsky State Nature Reserve in the Primorye region of Russia’s Far East in December 2011.

The eagle vs. deer photos were published this month in the Ohio-based Journal of Raptor Research and have since grabbed attention of the public online. 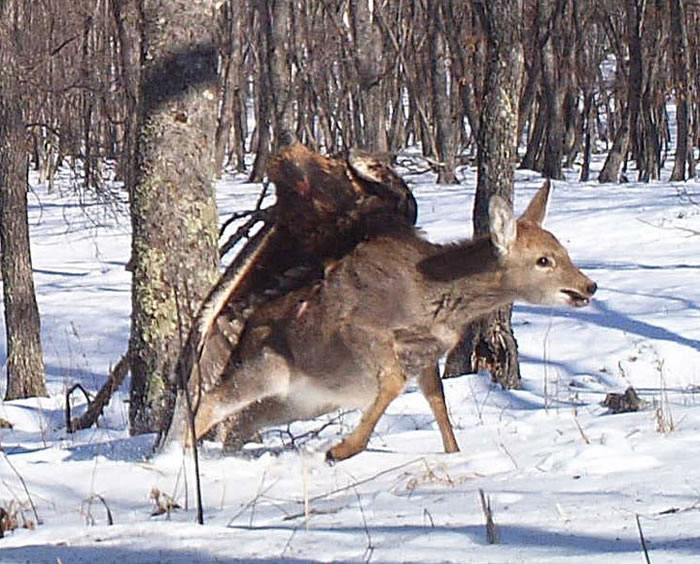 [BONUS – 10 Funny Pictures Of Animals Taken At The Right Time]