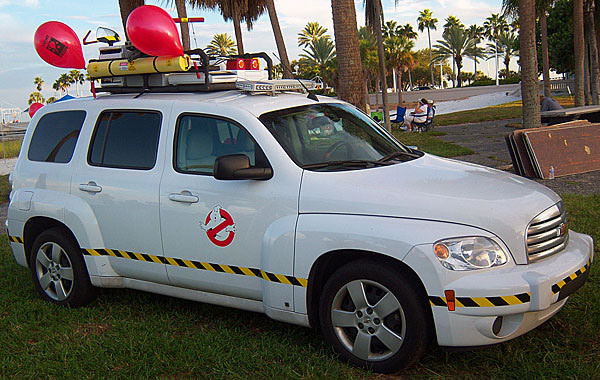 A couple of Ghostbuster movie fans from Tampa Bay have built themselves a modern day version of the Ecto 1 Ghostbusters car and they are calling it the Ecto 1X.

To create the Ecto 1X Ghostbuster movie fan Jason Rawley of Fireblade Comics called in the help of Tampa Bay Ghostbusters group members to turn a 2008 Chevrolet HHR into the an Ecto 1 replica.

They started off the transformation by adding a roof rack made of PVC pipe and then added a variety of office equipment until it looked similar to the 1959 Cadillac Ambulance that featured in the film. 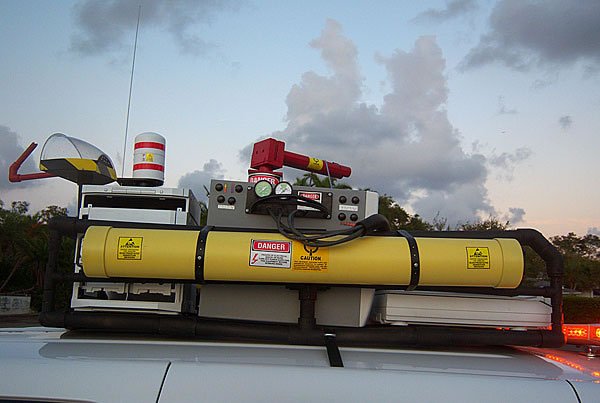 A light bar was also fitted to the roof and even though it can flash in over thirty different colors the creators of this Ghostbusting machine have to keep it flashing amber so not to get in trouble with the local authorities.

To finish off the team added a few vinyl stickers around the body of the car with the famous “NO-GHOST” logo on the front doors and rear hatch. 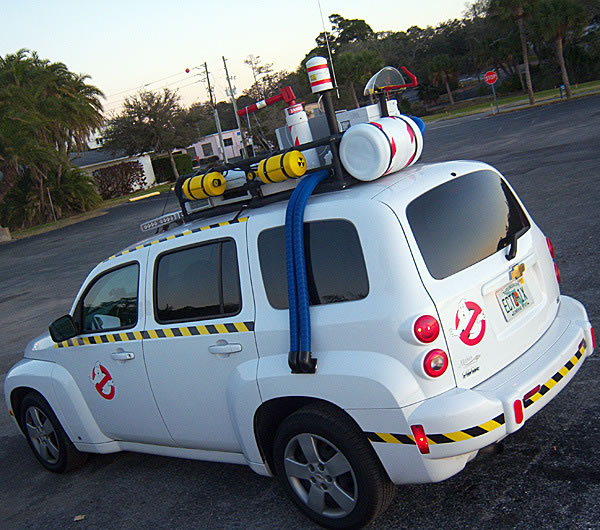 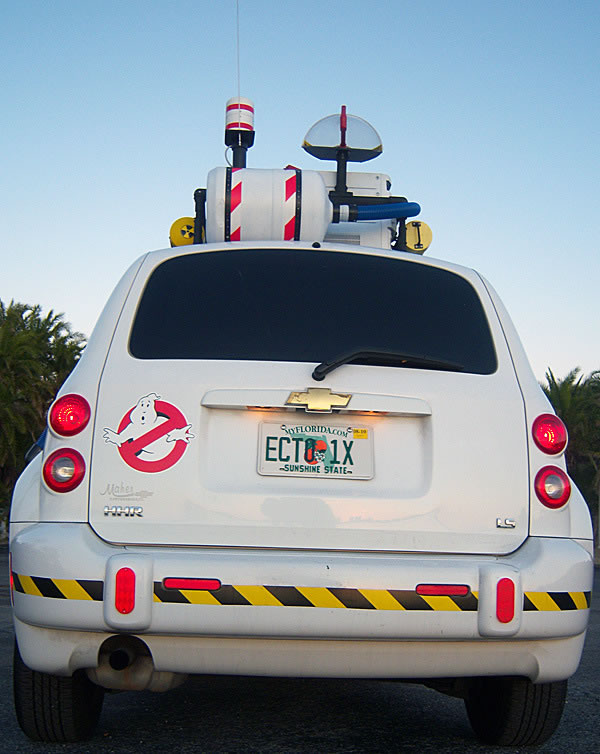 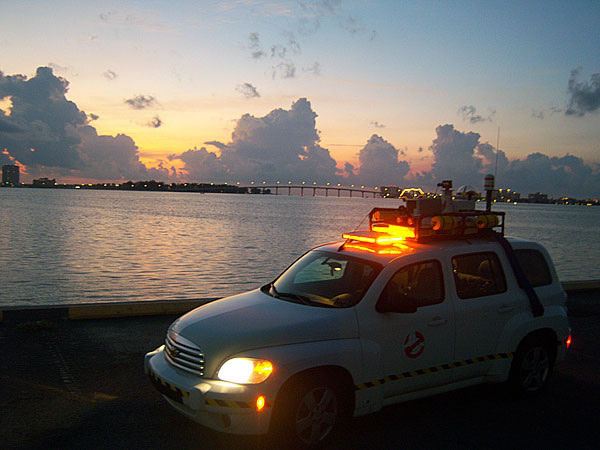 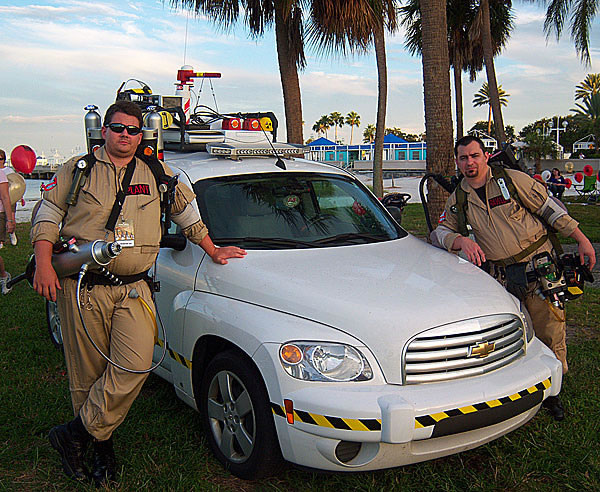 The original Ecto-1 was made from a 1959 Cadillac ambulance. It was bought by Ghostbuster Dr. Ray Stantz for $4,800 and after a few mechanical repairs and modification it became the groups vehicle. It became an iconic symbol of the
Ghostbusters movie and was perfect for the team because it had plenty of room to store Proton Packs for all of the crew and other ghost busting equipment.

Give us your thoughts on the Ecto 1x in the comments below.