25 Most Famous Landmarks You Should Visit Before You Die

How many of these famous landmarks can you recognize? 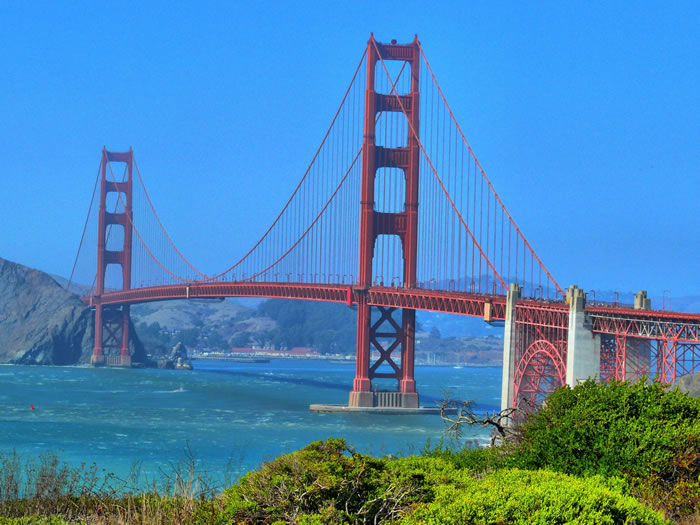 After four years of construction The Golden Gate Bridge was opened in 1937 as an entrance to San Francisco Bay from the Pacific Ocean. The bridge is painted in orange as it was decided the color gave a warmer feel and blended better with the surroundings. Unfortunately the bridge has also become famous among jumpers and has the highest amount of suicide jumpers in the world. About one person jumps of the bridge every three weeks. 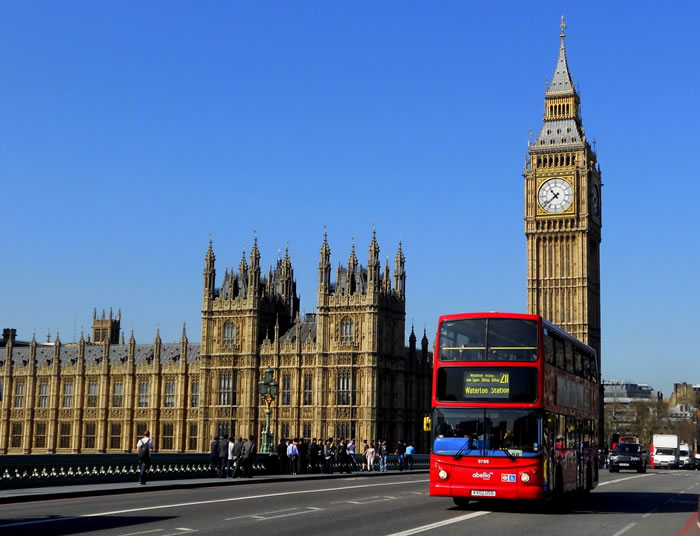 Most people aren’t aware that “Big Ben” is just a nickname and the tower’s real name was “The Clock Tower”. In 2012 the name was changed to Elizabeth Tower to celebrate the queen’s 60th year in power. Big Ben first chimed on the 31st of May but when the nickname kicked is still uncertain to this day. 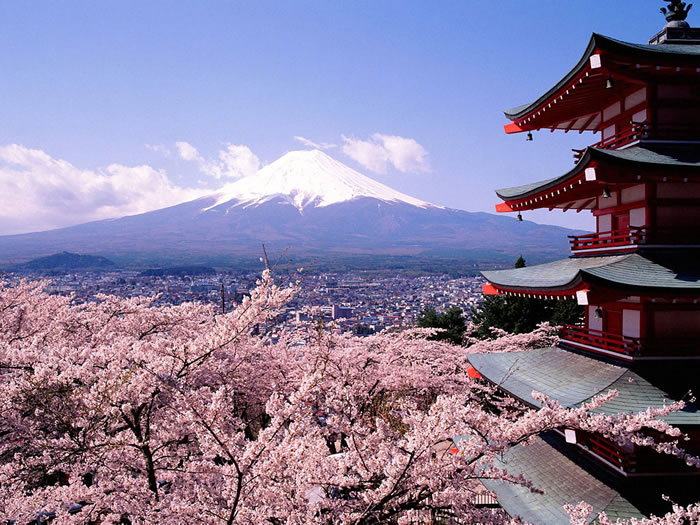 Mount Fuji stands 12,388 feet above sea level and is the 35th most prominent mountain in the world. It was first climbed by a monk in 663 and has since become one of the most popular mountains to be climbed by adventurers. It is still classed as an active volcano but hasn’t erupted since 1708. 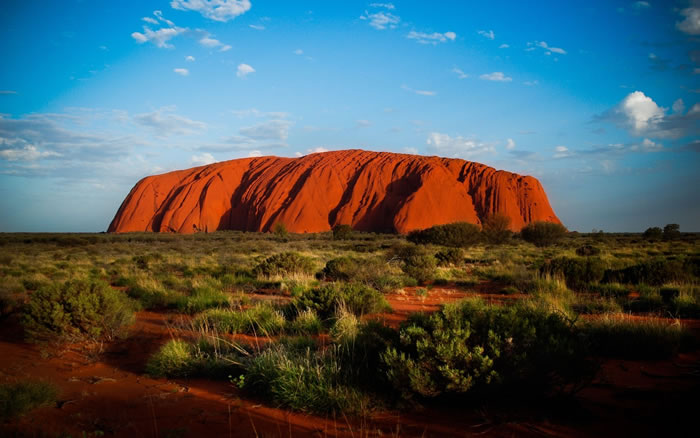 Uluru stretches 862.5 meters above sea level and regarded as a sacred place the local Aborigines. It was made a National Park in 1950 and estimated to have formed 600 million years ago. It originally sat at the bottom of a sea and a surprising fact that nobody knows is that most of the it sits 2.5 kilometers underground. 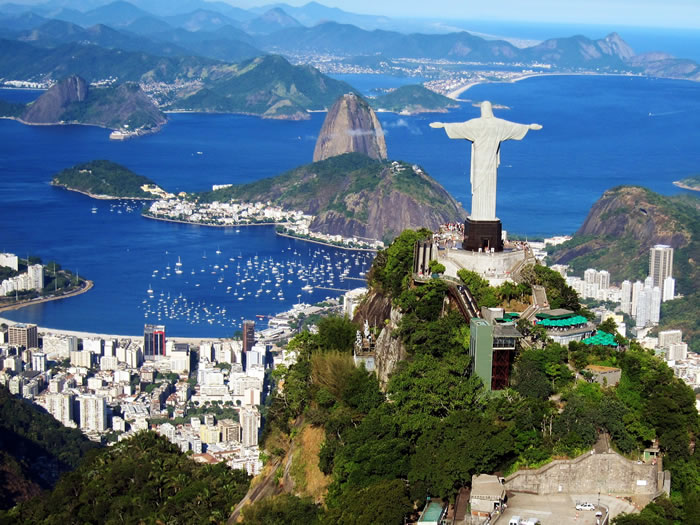 Christ the Redeemer is one of the most recognizable landmarks in Brazil, it has become so popular that other Brazilian cities have also built smaller versions to watch over them too. The 38 meter Christ statue was built by Polish-French sculpture Paul Landowski and was transported over from France piece by piece. Unfortunately due to weathering the sculpture no longer has eyebrows, lips or fingers. 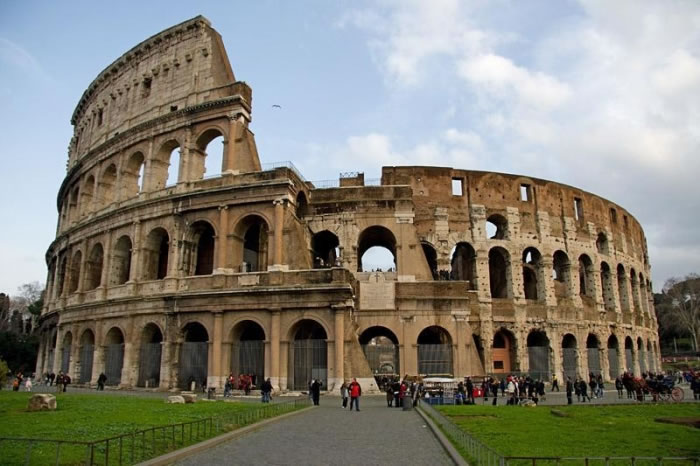 The Colosseum was one of the most impressive buildings of its time, it measured 189 meters long and 156 meters wide and could hold 50,000 spectators. It was used for glorious gladiator battles and executions. In 847 the southern side collapsed bringing an end to it’s use. Many of the Colosseum parts were salvaged and used to build due to an earthquake and . Many of the Colosseum parts were used for the construction of St Peter’s Basilica and other monuments. 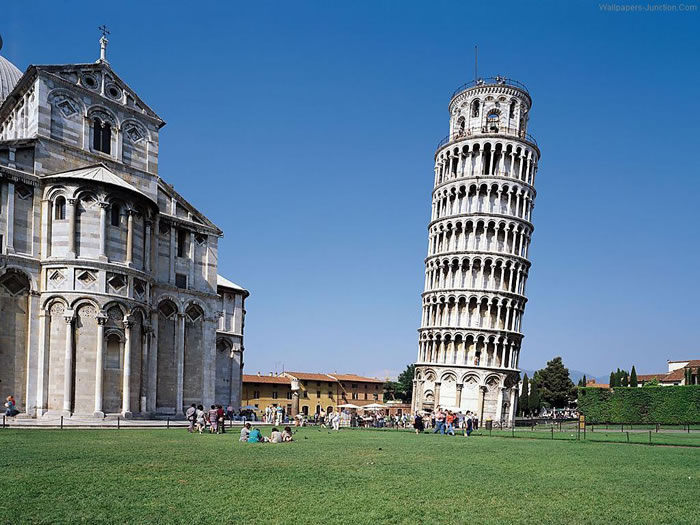 The leaning tower of Pisa took over 800 years to finish. It is only 56 meters tall but has become famous world wide due to it’s poor foundations giving in and causing the tower to lean. Despite numerous efforts over hundreds over years the tower was never able to be straightened but the defect has had a positive effect with the tower being one of the most famous in the world and bringing in tourists every year.. 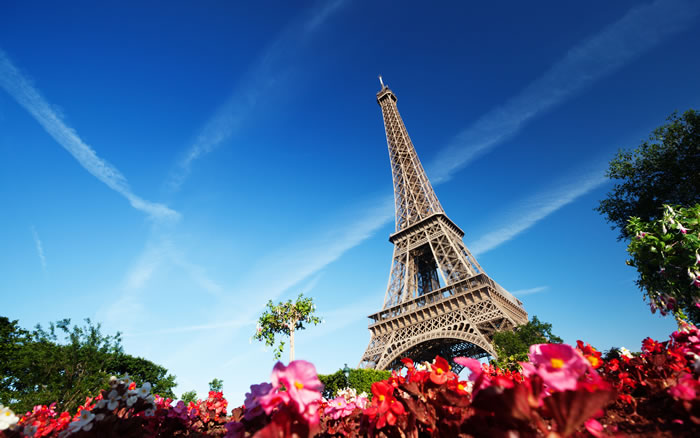 Despite objection from the residents of Paris, the Eiffel tower was built and opened in 1889. At the time it was the world’s tallest man-made structure and quickly became a symbol of France. To protect the tower from weathering it was coated in 60 tons of paint and a hot summers day the tower expands six inches. 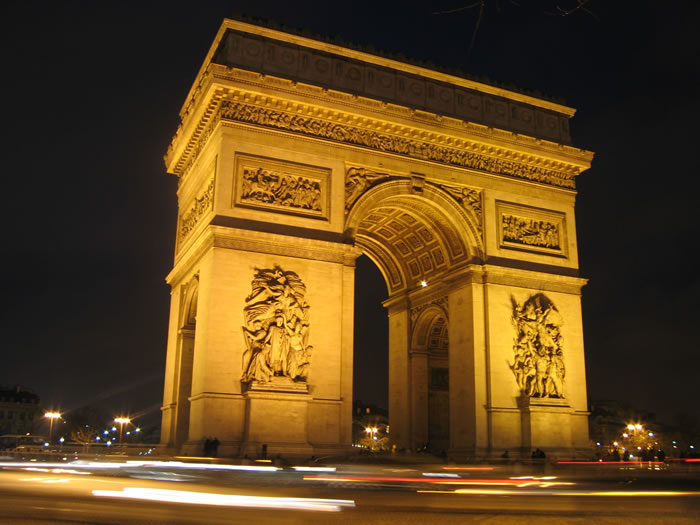 The Arc de Triomphe was built under Napoleon’s orders in 1806 to honor the French armies after they had conquered most of Europe. The names of 128 battles are engraved on the walls but Napoleon never got to see the finished monument as he died fifteen years before it’s completion. 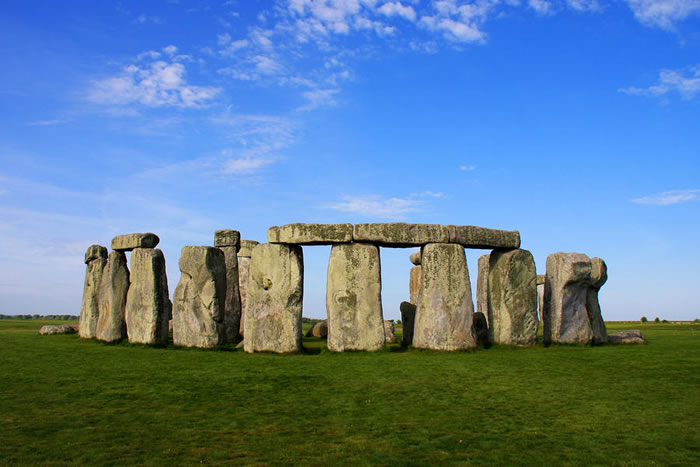 Stonehenge is estimated to have been built somewhere between 3100 and 1100 BCE. It is a circle of stones aligned with the midsummer sunrise, the midwinter sunset, and the most southerly rising and northerly setting of the moon.
The build indicates sophisticated engineering of the time and is a mystery to this day how it was constructed.

Some scientists claim the site is a sacred place of worship while others say it was an astronomical observatory. 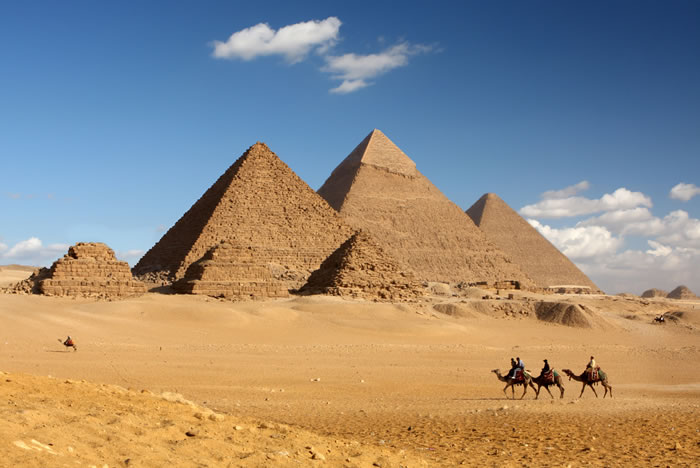 The pyramids are thought to have been built as magnificent tombs for the pharaohs and their queens but some scientists believe there were also other purposes to the pyramids.

The biggest of all is the Great pyramid and is estimated to consist of 2,300,000 blocks with a base square foot of fifty five thousand meters. It is also the most accurately aligned building in the world and faces true north.

Even with our current technology today it would be difficult to replicate the pyramids. 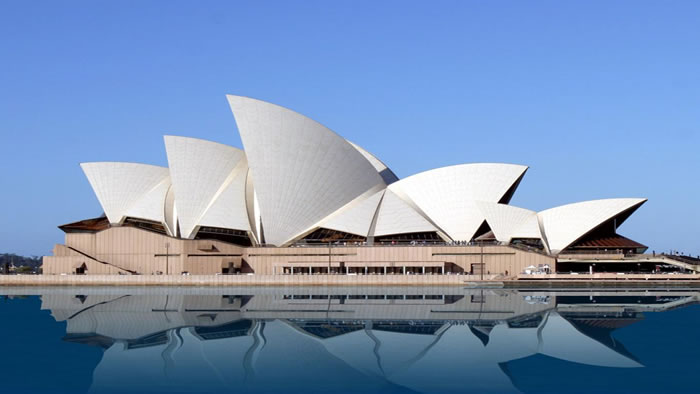 In 1973 Queen Elizabeth II officially opened the Sydney Opera House and it has since become the most famous building in Australia. It cost 102 million Australian dollars to build and measures 185 meters long and 120 meters wide.
The landmark hosts 3,000 events every year with around two hundred thousand people taking tours every year. 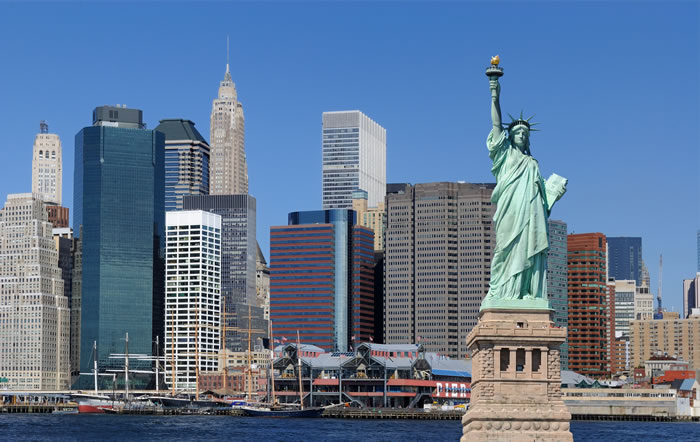 The Statue of Liberty was a gift from the people of France in 1776 on Independence Day. It represents Libertas, who was the Roman goddess of freedom. She measures 93 meters tall and has 354 stairs to the top. The seven spikes on the crown represent the seven oceans and seven continents of the world. 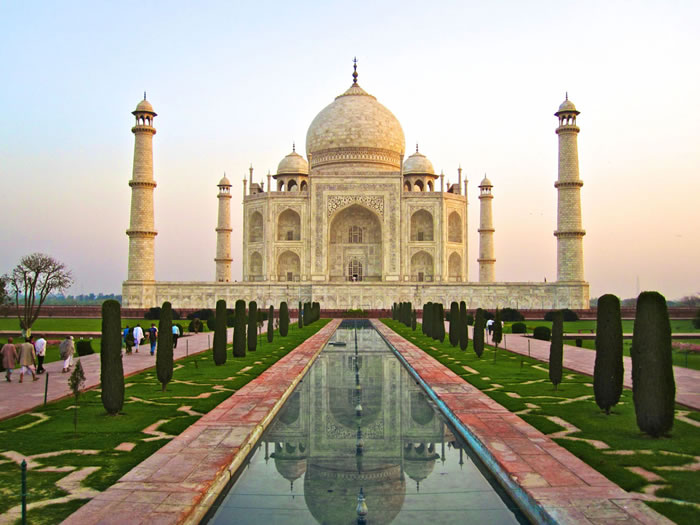 The Taj Mahal was built by emperor Shah Jahan in memory of his third wife, Mumtaz Mahal. Depending on the time of day the Taj Mahal appears in different colors; in the morning a pinkish hue, milky white in the evening and at night when the moon is out the magnificent building appears golden.

It took 17 years to be completed but unfortunately was ransacked by the British during the 1857 Indian rebellion. 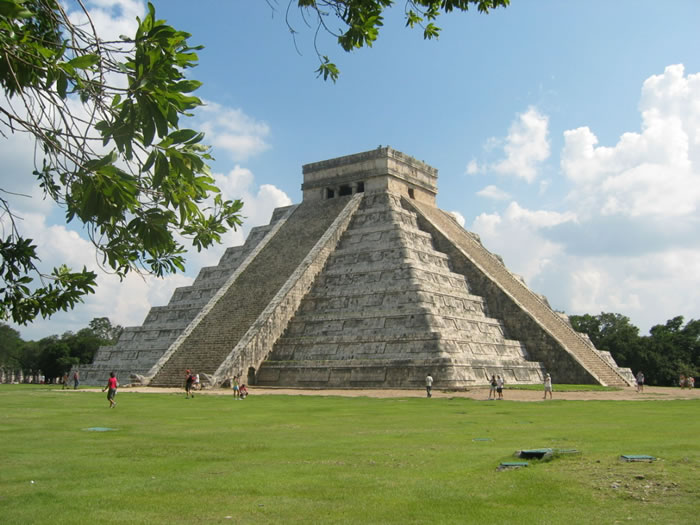 Chichen Itza is one of Mexico’s most popular tourist attractions and currently a UNESCO World Heritage site. It is the largest known Mayan site with enormous pyramids, temples and sports fields. The Mayan city also features a sacred well, astronomical Observatory, Temple of Warriors and a Mayan sculpture that is believed to have been used for sacrifices. 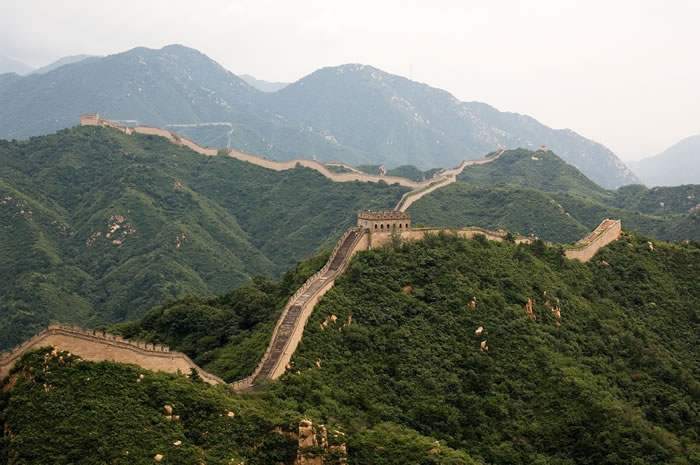 The Great Wall was built by various dynasties to protect China’s northern boundary from Mongol invasions. It gained the nickname “the longest cemetery on earth” because so many people died during it’s construction, it is estimated that one million lost their lives building the wall. It stretches 2,145 miles (3,460 km) and is the longest man-made structure in the world.

The most visited section by tourists is in Badaling which is also the first section of the wall to be opened to tourists back in 1957. 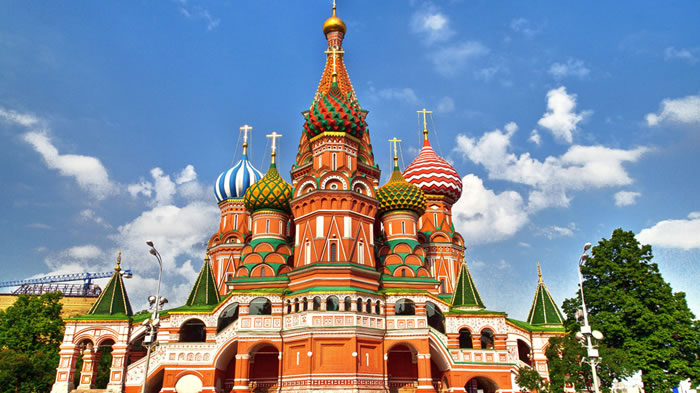 St Basil’s Cathedral is an example of Russian architecture at it’s finest. It was built between 1555 and 1561 and it’s full name is ‘Cathedral of the Protection of Most Holy Theotokos on the Moat’.

The cathedral was commissioned by Ivan the Terrible to celebrate the capture of the Tartar stronghold of Kazan but it wasn’t until 200 years after it’s completion that it was decided to add color to the cathedral. 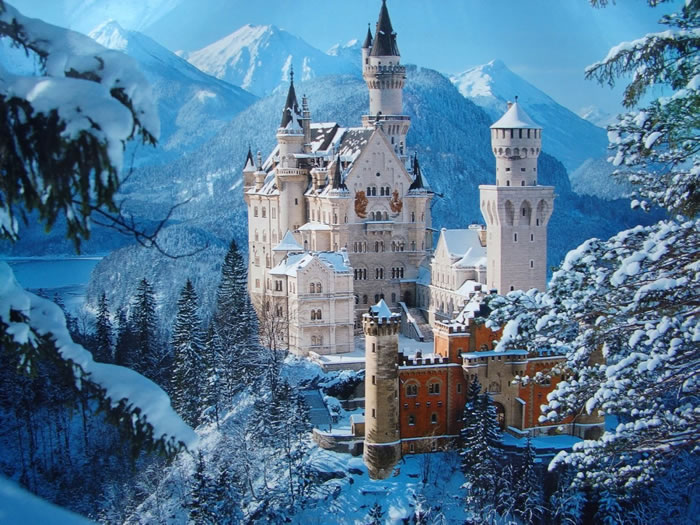 Neuschwanstein castle was opened to the public in 1886 and it was named after an opera character ‘Swan Knight’. It is one of the most famous castles in the world with more than 1.3 million people visiting every year. It was also the inspiration for Walt Disney when he created Sleeping beauty’s castle. 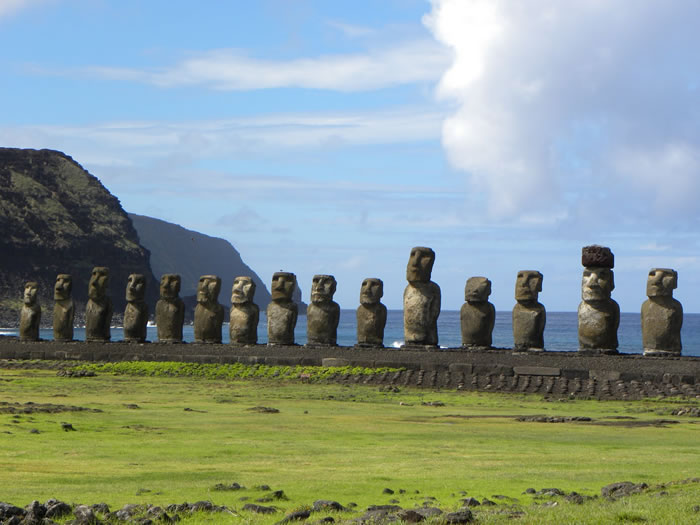 Even though the statues of Easter Island are one of the world’s most famous landmarks they are also one of the least visited. Easter island is located around 2200 miles of the coast of Chile and measures sixty-three square miles. It has three extinct volcanoes and got it’s name because it was discovered at Easter.

There are around 250 statues dotted around the perimeter of the island and it is still a mystery to their purpose. 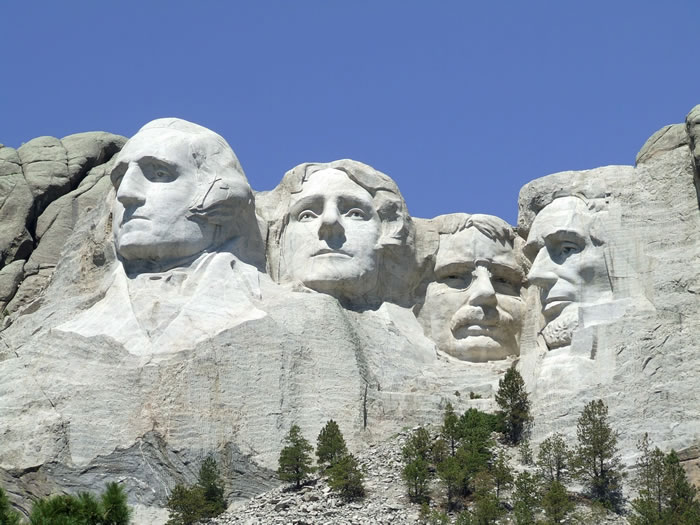 Mount Rushmore was the idea of Doane Robinson who wanted to find a way to lure people to South Dakota. After fourteen years of work it was completed in 1941 but due to lack of funding it never met with the original plan. 90% of the four U.S. presidents faces were created by planting dynamite in strategic places. 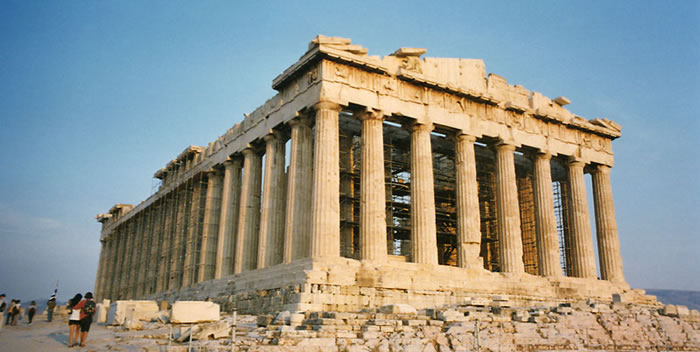 Towering above the city of Athens is the Acropolis of Greece which was built between 570 – 550 B.C.. Not only was it a religious center but it was also used as defense so that the Greeks could watch the movements of their enemies.

The Acropolis consists of three main structures; the Parthenon, the Erechteion and the Temple of Athena Nike. 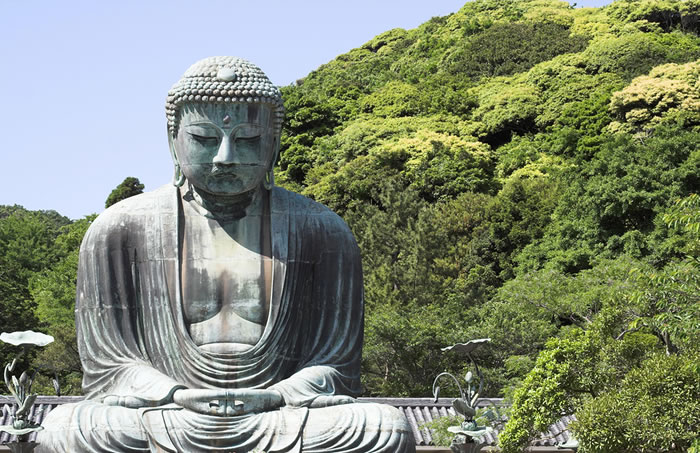 The Great Buddha of Kamakura is made entirely of bronze and is one of the most famous Buddhist temples in the world. It was built in 1252, but a tsunami in the fifteenth century destroyed all the surrounding buildings leaving the temple to stand alone. 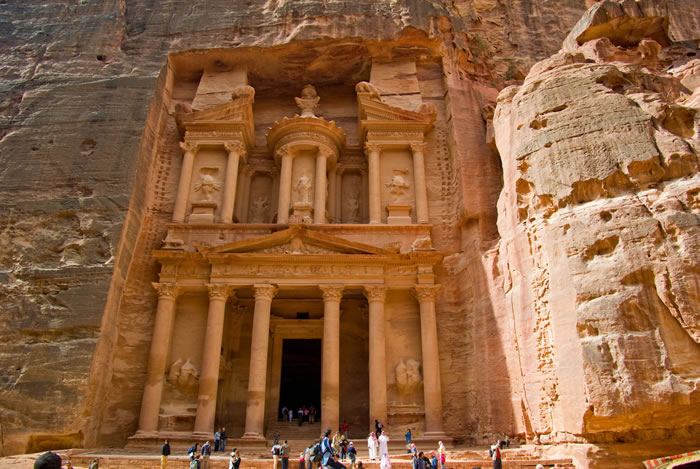 The stone ruins in Jordan are whats left of an ancient Arab culture that lived here more than 2,000 years ago. The city was only discovered in 1812 and was hidden from the world for centuries. It has since become Jordan’s biggest tourist attraction and even took a place on the new seven wonders of the world.

The city experienced numerous earthquakes that destroyed many buildings and led to the city being abandoned. The only buildings left standing are the ones that were built into the red cliffs. 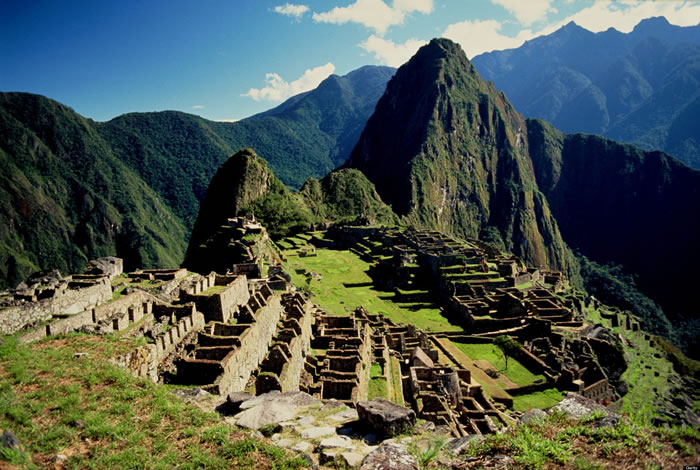 It is believed Machu Picchu was built during the 15th century but it wasn’t until 1911 that explorers discovered the abandoned city. The ruins were found 2,430 meters above sea level in the Andes mountain. The city has now become a major tourist attractions with many of the Mayan buildings being rebuilt to show visitors how they lived. 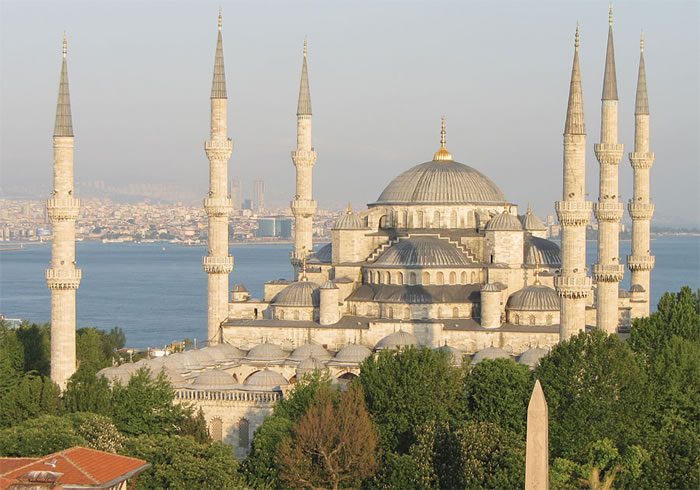 The blue Mosque was built between 1609 and 1616 and even though it is used for prayer the Mosque has also become a major tourist attraction. The low level interior is lined with more than 20,000 handmade ceramic tiles made into fifty different designs. The upper level walls are painted blue and thus how the Mosque got it’s name.