It’s fun to visit museums and discover a bit of history or look at art but these exhibit displays are so weird I can’t imagine anyone wanting to visit these museums. Would you?

1. Museum of the Penis 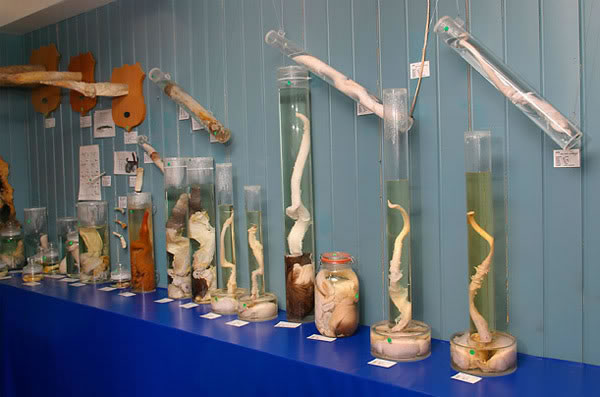 The Icelandic Phallological Museum in Iceland is a museum devoted to phallology. As of July 2006, the museum houses 245 specimens displayed like hunting trophies, embalmed in formaldehyde, or dried in display cases.

The museum attempts to collect penis specimens from every mammal in Iceland, including several species that are endangered or currently extinct in Icelandic waters. Sigurður Hjartarson, a former teacher, is the founder and director of the museum. 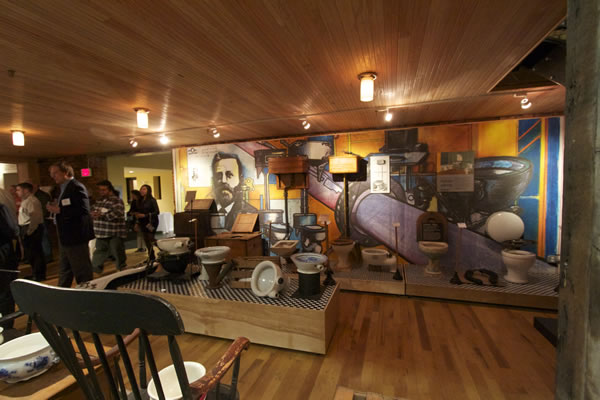 The American Sanitary Plumbing Museum is the butt of a lot of jokes. It’s also a shrine to the history of plumbing. The joke is that in most museums you generally have to search for a toilet. Here, toilets abound, some of them dating back to the early nineteenth century. You’ll see ornate porcelain toilets, chain-pull toilets with high wooden tanks, and an “earth cabinet” that collected the user’s waste in lime instead of water. There’s even toilet paper from the 1800’s, referred to back then as “boudoir paper.”

The museum was founded by Worcester plumbing equipment distributor Charles Manoog in 1979. Manoog was getting ready to retire and says he wanted to give something back to the profession. Today, his son Russ Manoog runs the distribution business. Down the street, in a refurbished warehouse, Russ’s wife, B.J. Manoog curates the only known plumbing museum in the world. 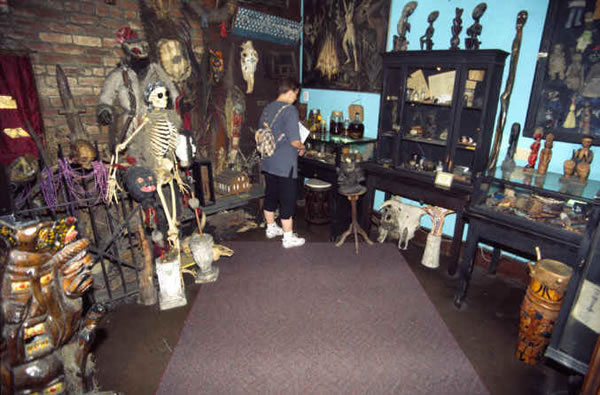 The primary purpose of this museum is to represent the traditional practices of the Voodoo religion in New Orleans. The New Orleans Historic Voodoo Museum brings together ancient and modern day Voodoo practices. While you are visiting the Museum, you may wish to have one of our practitioners prepare a special Gris-Gris bag just for you or someone you may know. The Museum also houses artifacts of the Great Voodoo Queen, Marie Laveau. 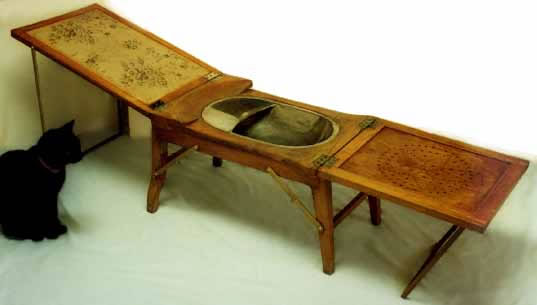 The Museum, located in a suburb of Washington, D.C., is devoted to the rituals and culture of menstruation. Visitors can see exhibits tracing the history of pads, tampons, special menstrual underwear, and more. As the Museum’s brochure explains, “A particular weight is put on the history and philosophy of menstrual hygiene advertising; the museum owns over 1,000 ads from many countries, as well as patents, booklets and other printed and visual material.”

The Museum of Questionable Medical Devices shares it’s collection of the hilarious, horrifying, and preposterous medical devices that have been foisted upon the public in their quest for good health. Includes the Prostate Gland Warmer, Phrenology Machine, Recto Rotor, Nose Straightener, Wonder Electro Marvel, and hundreds of other weird devices.

Founder Bob McCoy retired and closed the St. Anthony Main location of the museum in 2002, donating his devices to the Science Museum of Minnesota, which still displays a small number of items in their Collections Gallery. 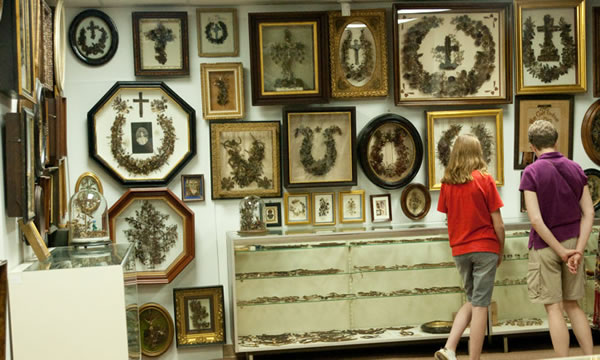 Leila’s Hair Museum in Independance, Missouri is probably the world’s only hair museum, acting as the headquarters for the Victorian Hairwork Society. The museum sports a large collection of hair jewelry and samples dating back to 1725. Hair jewelry really caught on during Victorian times when it was regularly used to honor a dead relative or loved one as part of the mourning process. 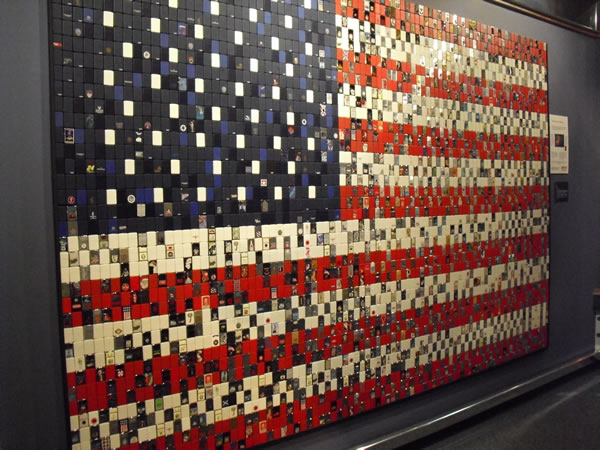 The National Lighter Museum in Guthrie, Oklahoma has nearly 20,000 pieces, representing over 85,000 years of lighters and fire starters. The only museum of its kind in the world, it is dedicated to collecting and preserving the history of the evolution of lighters. 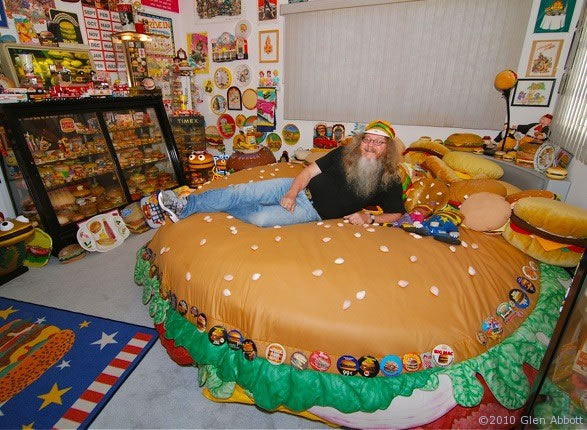 If you spent all day thinking of the unusual items that people collect, we bet you’d never think of hamburgers. Harry Sperl, a German immigrant living in America (where else?), has collected more than one thousand hamburger-related items including a hamburger waterbed and a hamburger motorcycle.

The collection includes more than 500 different hamburgers and some pretty unusual burger material. There are banks, biscuit jars, clocks, hats, trays, erasers, badges, magnets, music boxes, a pencil holder, salt and pepper shakers and, of course, the waterbed, which is complete with a sesame seed covered spread and matching pillows. There are signs, posters, glasses, cups, bowls, stuffed toys, T-shirts, towels, calendars and postcards. Most of the material was picked up at flea markets and garage sales, where Harry trawled for burgers with friend and fellow enthusiast Ron Baynton. When Baynton decided to give up collecting hamburgers, Harry bought his collection and added it to his own. 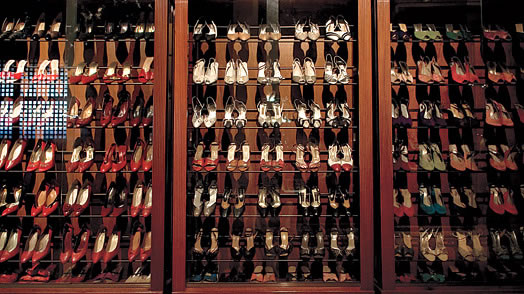 Ladies and gentlemen, gird your loins and prepare yourself for some of the most famous shoes in the world. The Shoe Museum includes the shoes of celebrities like Ronald Reagan, Sandy Duncan or Mike Schmidt, plus, the biggest shoe in the world: one made for a woman whose leg had to, later, be amputated. 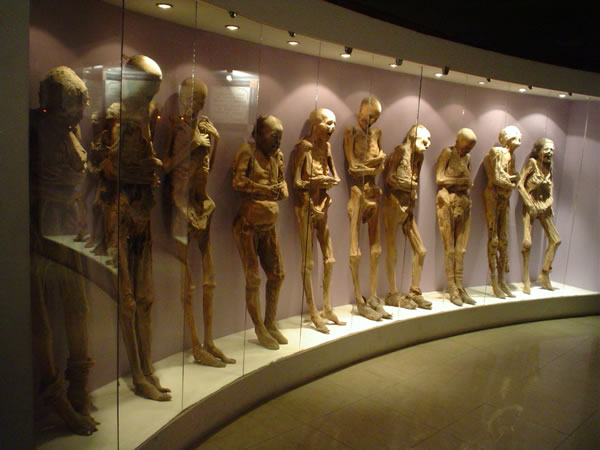 The Mummies of Guanajuato are naturally preserved bodies from a cholera outbreak that hit Guanajuato way back in 1833. Since this is basically just a huge open grave with floodlights, its legality and moral status continues to be the subject of much discussion everywhere except in Mexico.

Most of the mummies on display were corpses whose families could not afford to pay a grave tax levied on their families once they died. If you failed to pay the taxes, you guessed it…

Which of these exhibit displays do you think is the most craziest?