Customers At Australian Cafe Pay In kisses Instead Of Cash 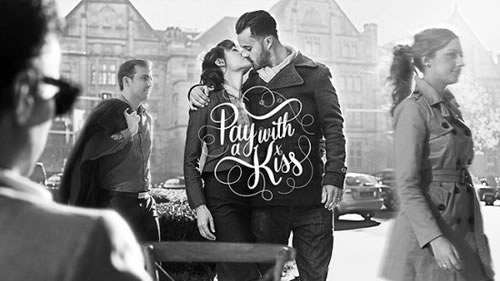 A French Themed Australian cafe has recently opened and is gaining popularity fast due to their promotional offer. Customers have the option to pay with kisses instead of cash.

Metro St. James, a French-themed cafe in Sydney, Australia, has been open for only three months but it’s gaining popularity fast thanks to an ingenious promotional offer that allows customers to pay for their coffee with kisses.

It’s no joke. During the month of June, people who choose to drink their coffee at Metro St. James between 9 and 11 am get the chance to pay for their order in kisses.

”We’re bringing romance back! Take your partner to the café from 9-11am in June and surprise them with a kiss when you order your coffee. We’re not accepting your money, just your kisses,” the cafe’s Facebook page reads.

But while the staff isn’t available for kissing, you don’t necessarily have to be a couple to take advantage of this original promotion. If you’re brave enough, you can just pick a random stranger from the streets, or an office buddy you’ve always had a crush on, all that matters is the kiss looks genuine.

Watch the Metro’s promotional video below.

Pet Photos 30 Animals Using Each Other As Pillows

These 15 Cute Hamster Pictures Will Melt Your Heart