Here are 22 really crazy dog grooming you won’t believe which will take your pooch to a whole new level and will surely bring plenty of attention from passer by!

This was one of the stars of a creative dog-grooming competition, where the wackiest-looking pets can win their owners up to $5,000. The images were captured by animal photographer Ren Netherland as he visited shows from California to New Jersey.

The outlandish designs – which can take up to six months to create – include Disney characters, African animals and legendary beasts. 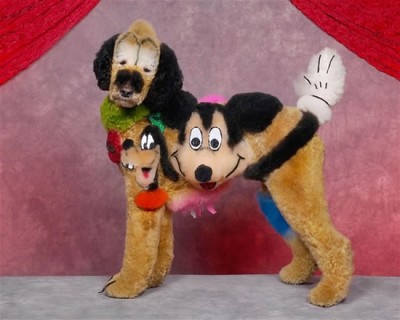 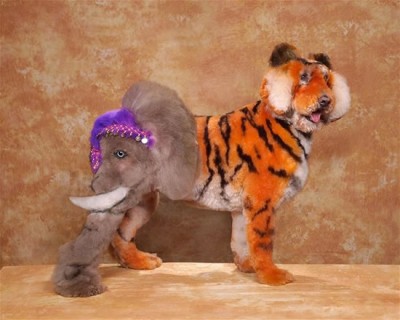 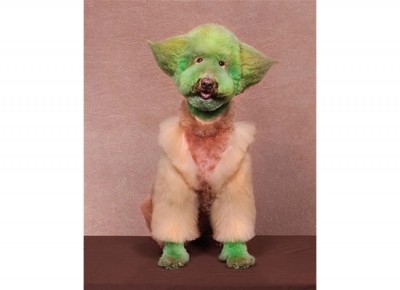 These stunning transformations were captured by animal photographer Ren Netherland who travels thousands of miles across America to reach competitions every year. The former Navy officer from Florida, said: “Creative grooming has become wildly popular. The majority of people are amazed by the photos and are often curious as to what breed of dog it is.” 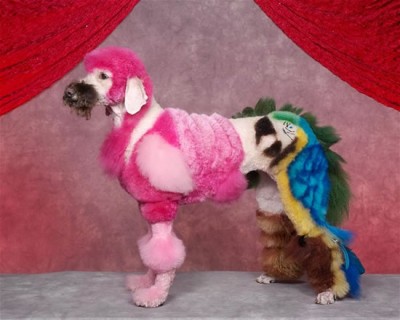 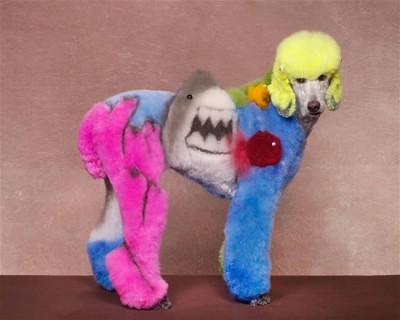 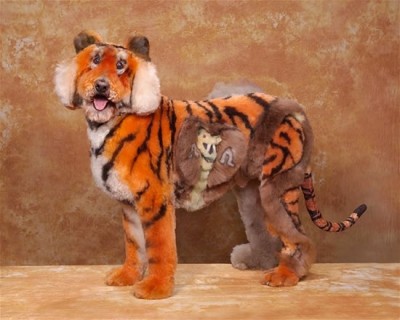 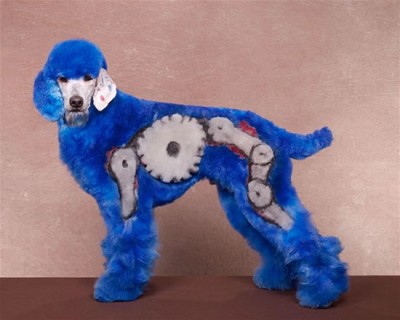 While getting the dogs to pose for the camera may seem like a tough ask, photographer Ren Netherland said most of the dogs enjoy the limelight and don’t need much coaxing. However, when that fails, his 25 years of animal photography experience enables him to make a model out of even the shyest pooch. He adds: “The animals love me. I’ve been told many times that I speak their language.” 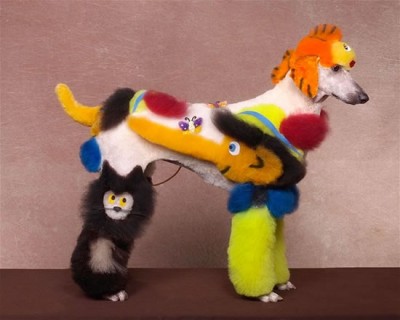 Explains photographer Ren: “I’m hired by the grooming competition across the United States to photograph the winners of the shows. At the very beginning of the show you will see a dog with what looks like a mix of colour, by the end when the groomers have ﬁnished their work you will see something crazy.” 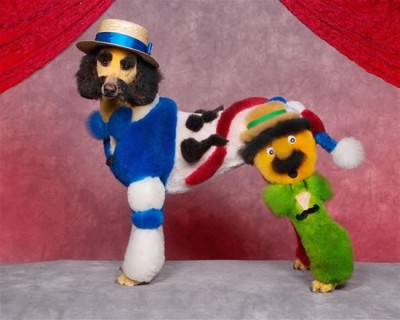 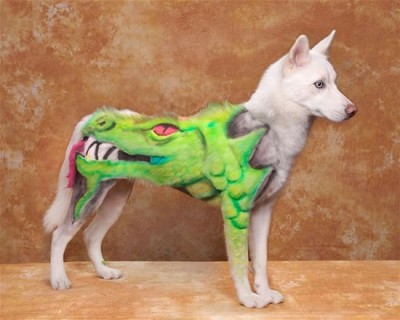 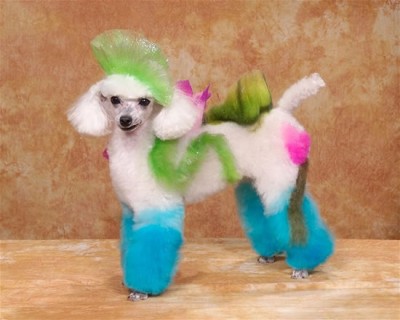 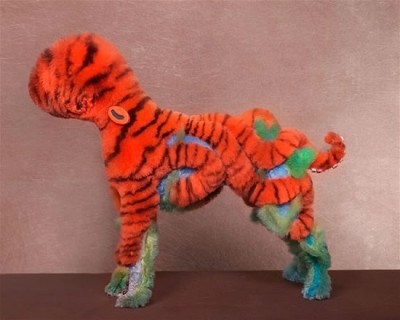 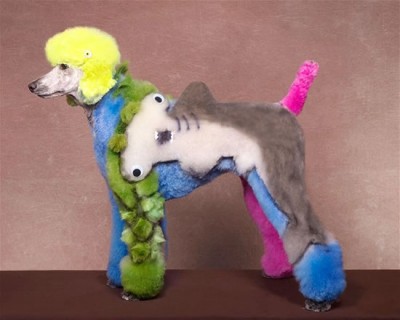 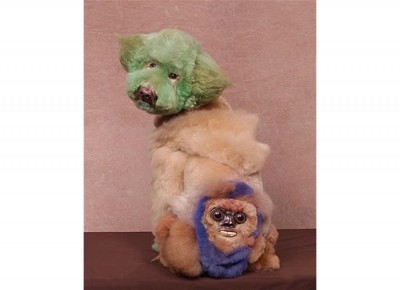 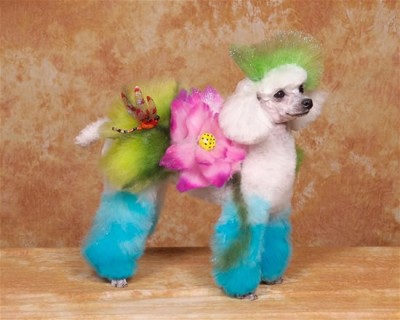 Ren explained how the groomers are able to turn domestic dogs into these uniquely designed pooches. “The groomers have roughly two hours to cut the dogs hair into the designs and add colour,” he said. “Many of the dogs have some colour already before they start the competition.” 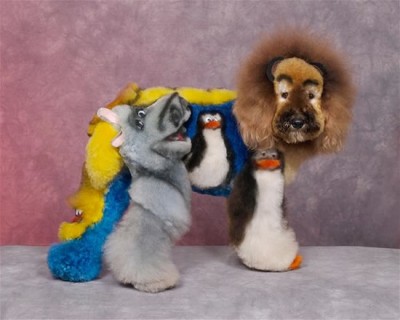 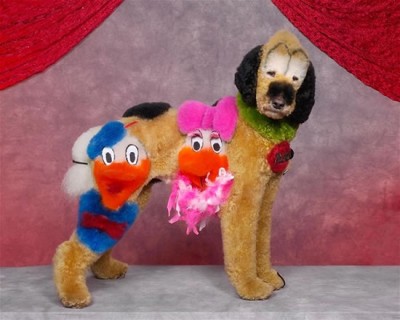 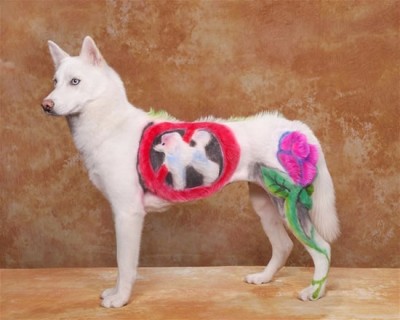 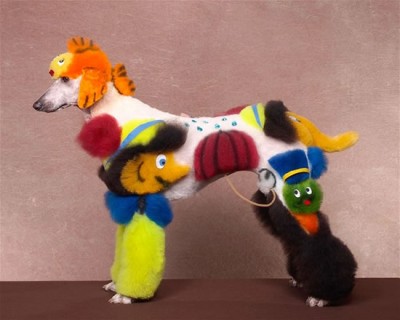 While the dogs coats may look extreme, Ren insists that the pooches are more than happy to take part. “Most people are amazed with the images I take and cannot believe they are dogs,” he said. “But I do get emails from people telling me I’m sick, and they have told me it’s cruel to do this to dogs. “I truly can say that the dogs that have photographed love the attention. 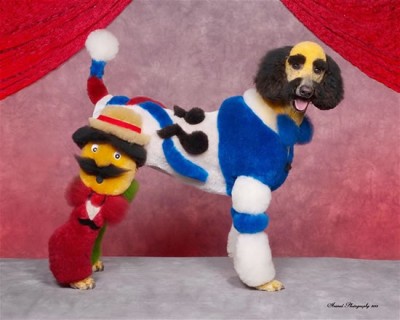 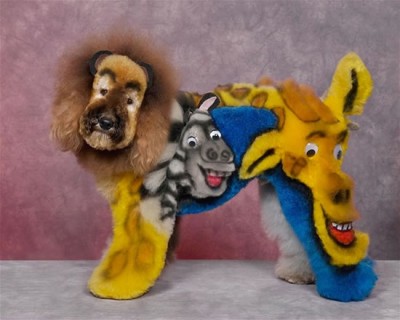 One thing is for sure, if you are brave enough to give your dog a cut like one of these you are going to cause a reaction. Whether the reaction is good or bad is another thing completely…