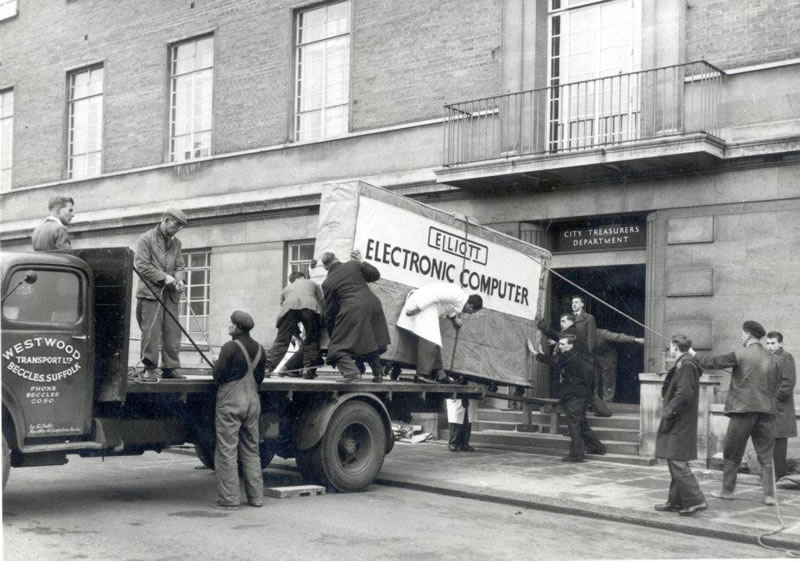 How much time has changed since 1957 when delivering this Elliot 405 computer in the city of Norwich United Kingdom was a truly mammoth task to achieve!

In fact this is actually only half the computer which was then the latest available technology purchased by the Norwich County treasury department who at the time were considered ground breaking and forward thinking and revolutionizing the way they decided to handle their payroll using this exciting new system. 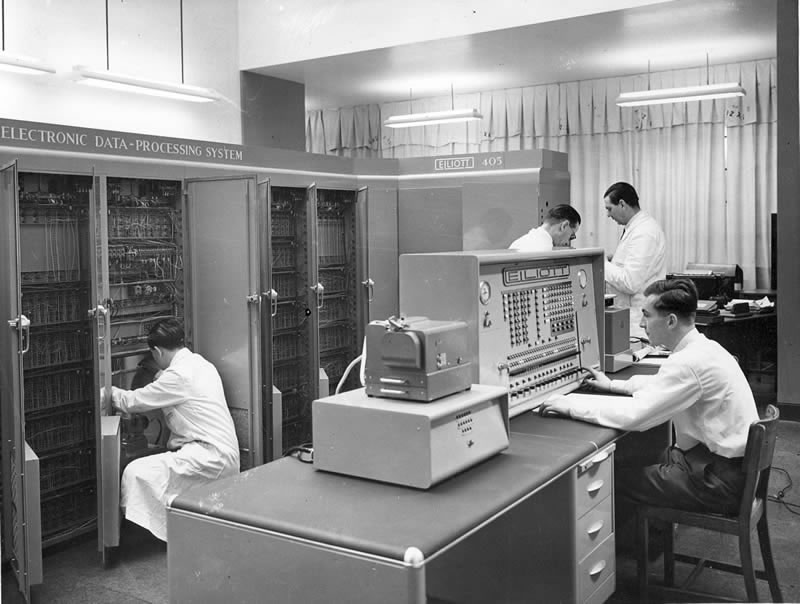 The council first contacted Elliot in 1955 and it took them 2 years to completely build and deliver the system ready for use in April 1957. 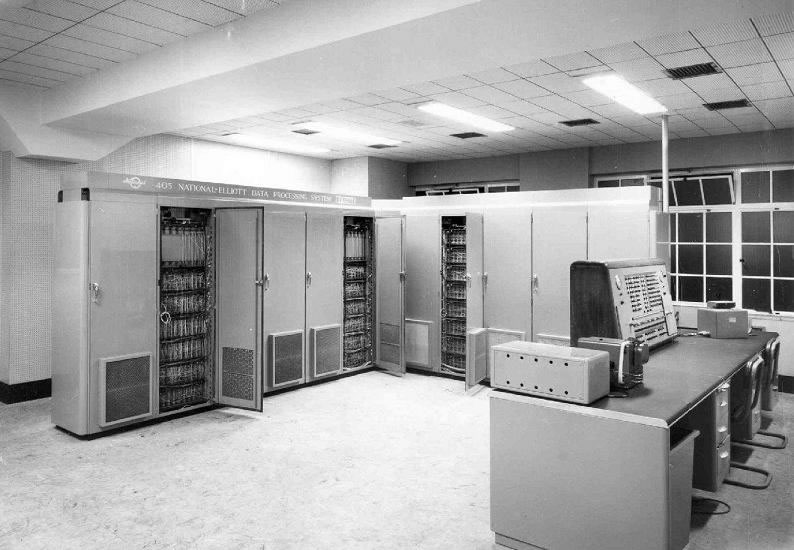 Elliot were pioneers and the use of using machines to collate data and combine programing leading the way to systems that are now a tiny fraction of the size and thousands of times more powerful that we all take for granted in modern times. 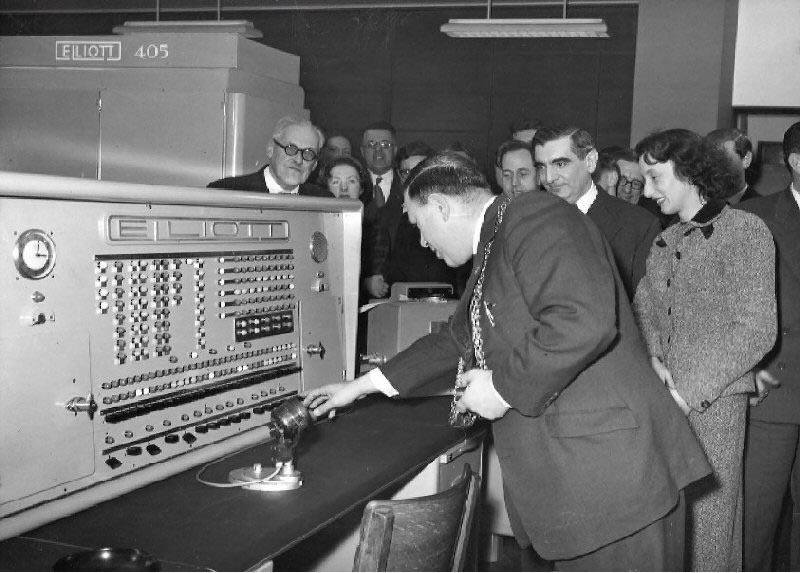 It was not until 1966 the company first produced the first integrated circuit design at its manufacturing facility in Glenrothes, Scotland and later followed up with a MOS semiconductor at their research laboratory. The Glenrothes site was closed in 1969 following the take over of English Electric by GEC.

The latest mobile devices carry much more power than these enormous machines but it is sometimes good to look back on our history to see just how far we have come in a relatively short period of time. We owe our all off modern technology to companies like Elliot who were brave enough to start a revolution in computing that we use for so many things in our everyday lives.

In 1957 a television program was made dedicated to this new computer and the press fully exploited to story off this new technology.

This Is How They Delivered A Computer In 1957