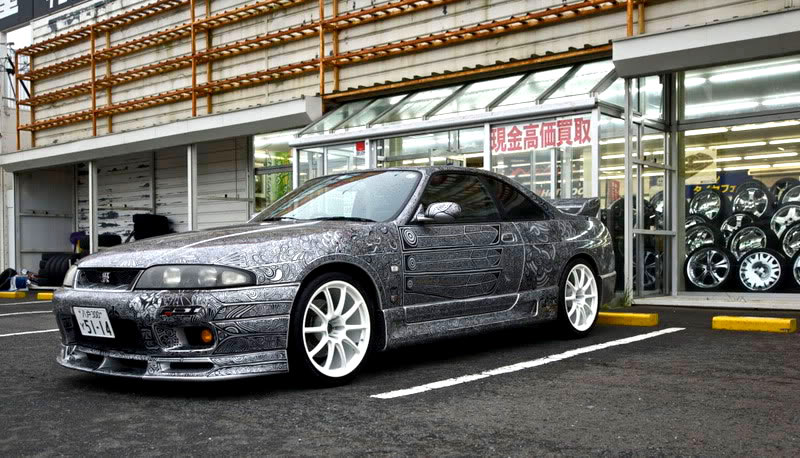 Artist Allison LaValley decided to take matters into her own hands to create an absolutely amazing car custom paint job on her husbands car. 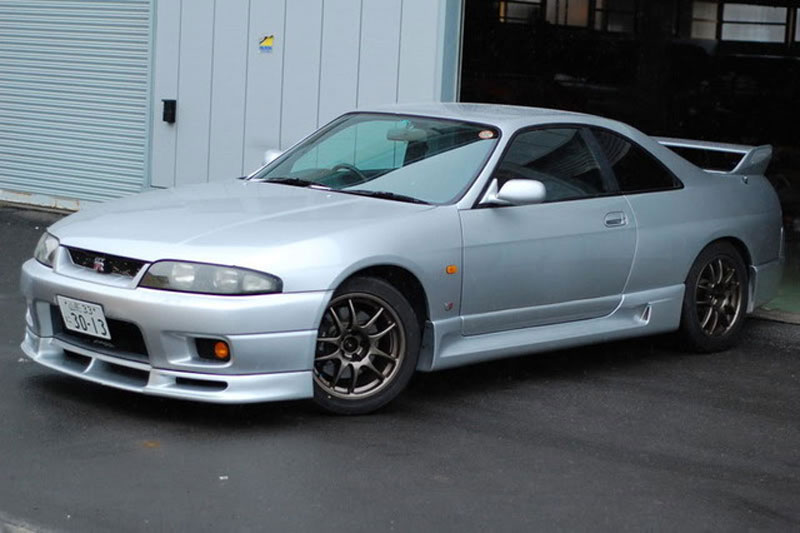 Allison explained to her husband Collen, that if he placed a little faith in her she could transform his drab looking car into something very funky, totally original and something that would turn heads wherever he went. 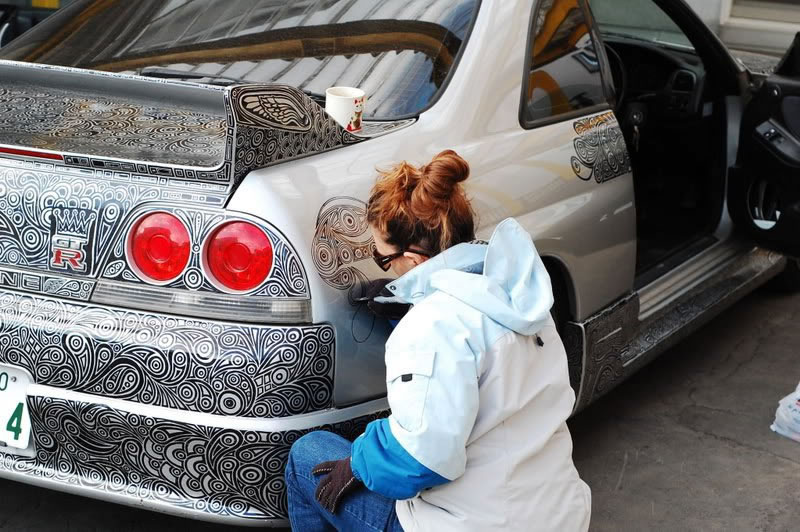 Collen had already decided before the accident that he would be re-painting the car anyway so he gave her the go ahead to try something out. 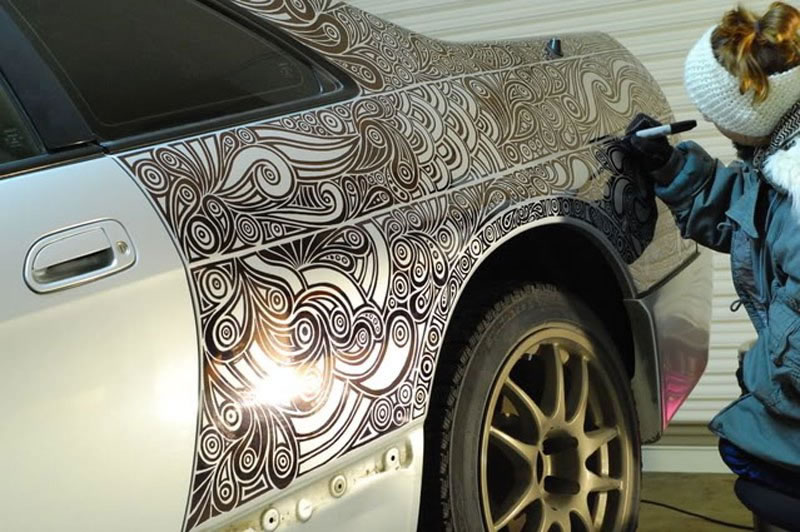 So the work began on the front bumper which took 15 hours to complete and by the time it was finished Collen agreed that the design was already starting to look really funky. 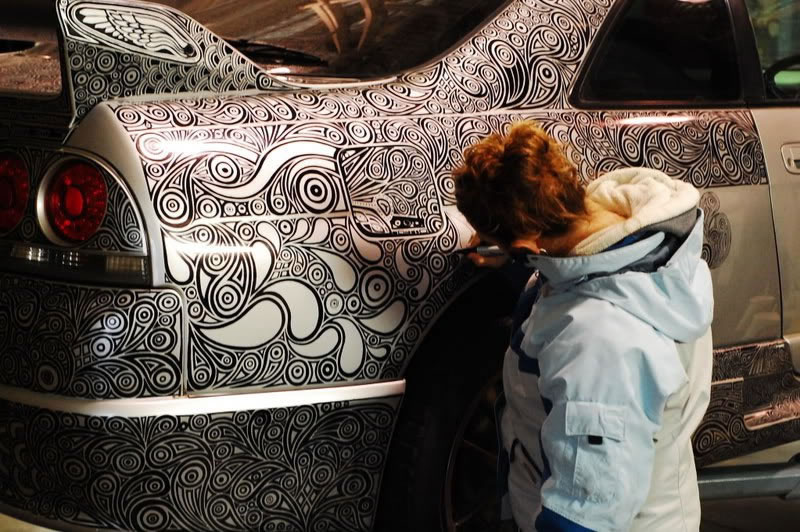 Over time Allsion set to work in transforming the whole car into this beautiful and stunning artwork which is now featured by the Skyline owners club. 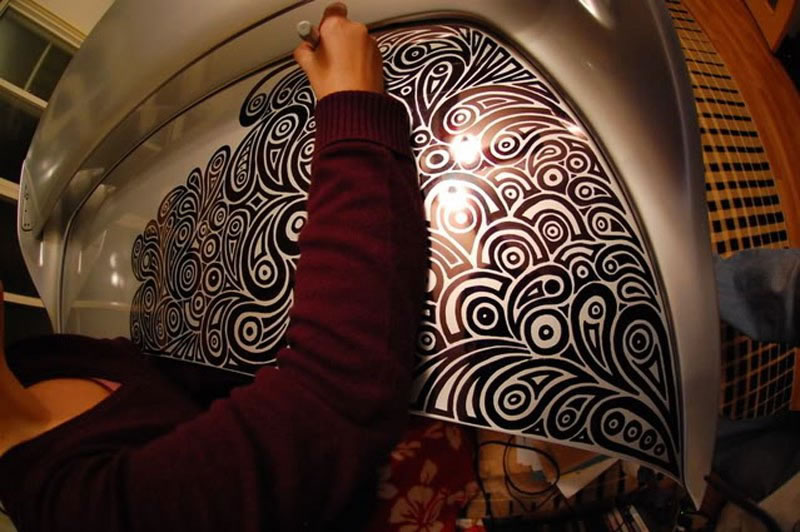 Many parts of the car were dismantled to make them a little easier for her to work on. 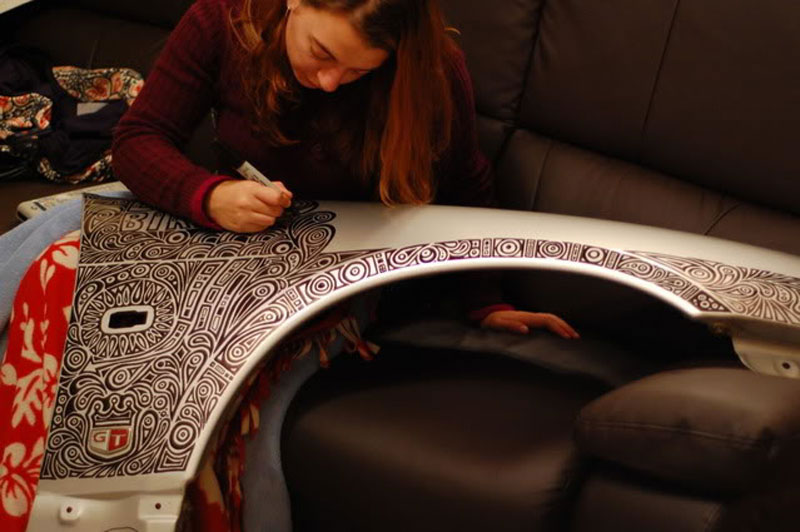 But Allison had the patients to spend countless hours turning her husbands car into a mobile masterpiece. 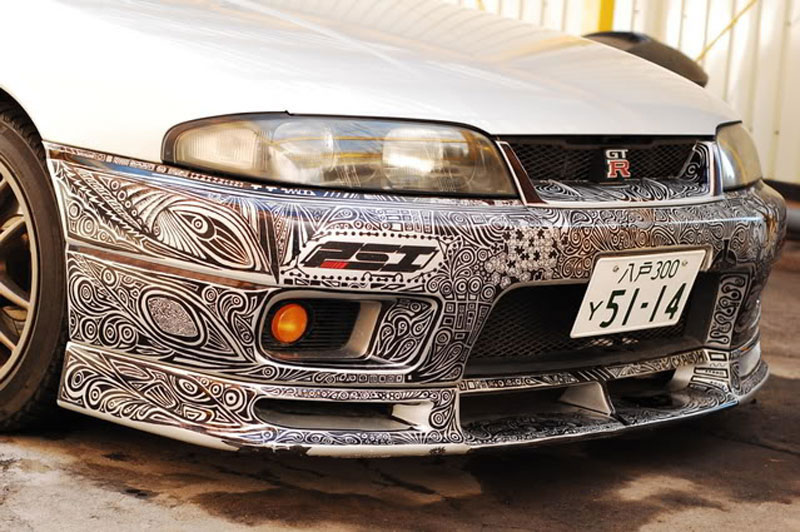 Because the car was starting to look so cool Collen set about doing many other modification the make the car even more special. 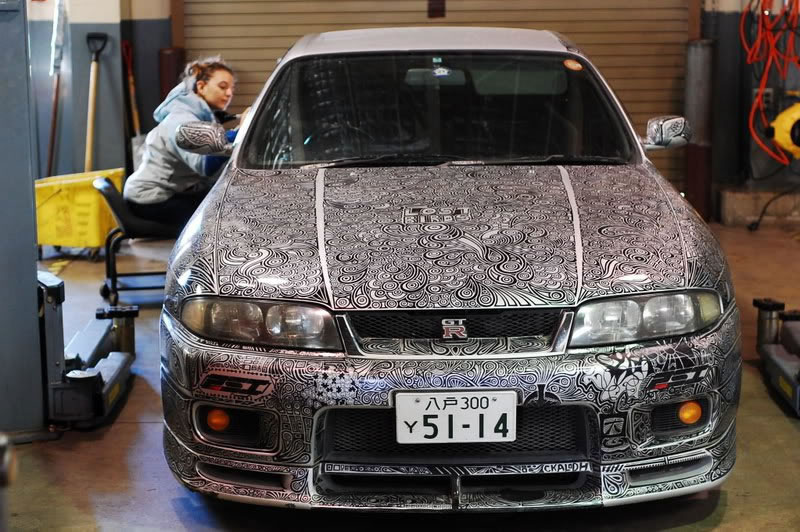 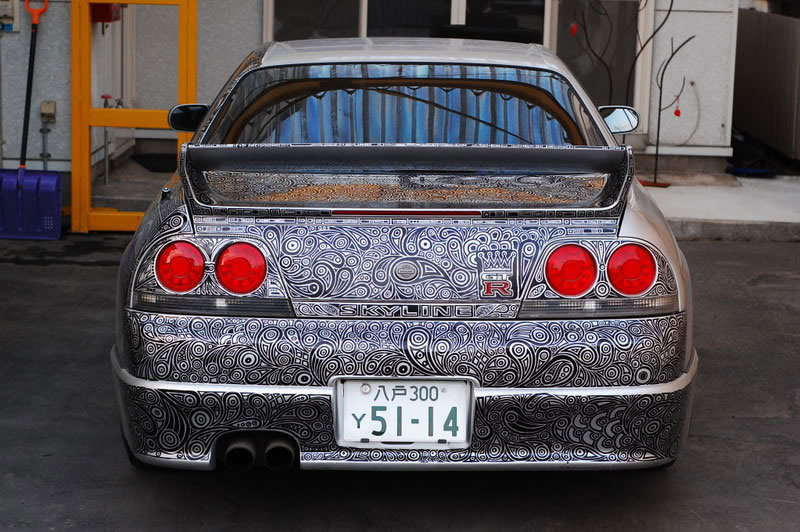 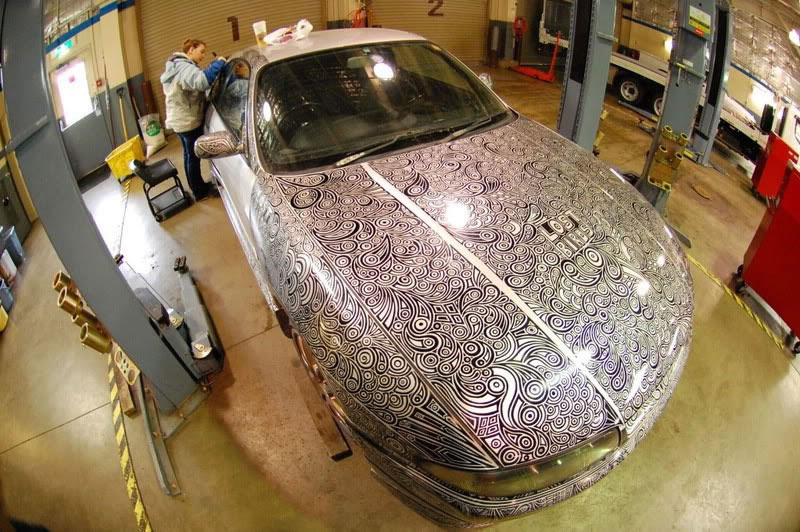 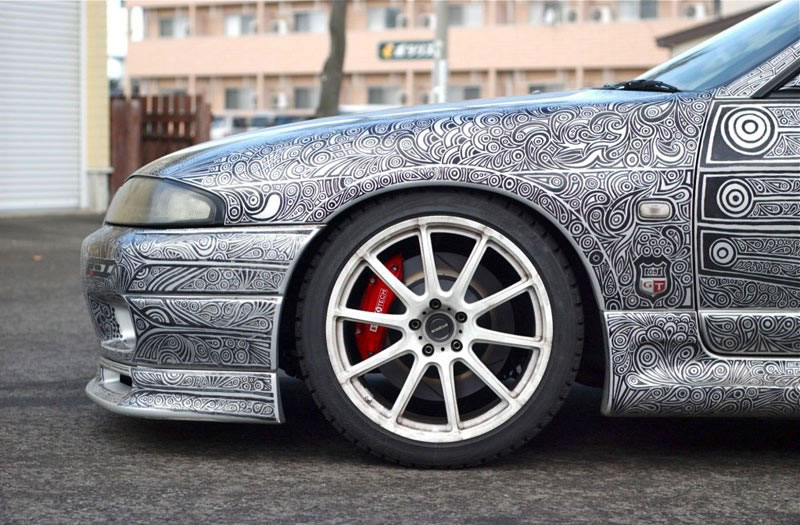 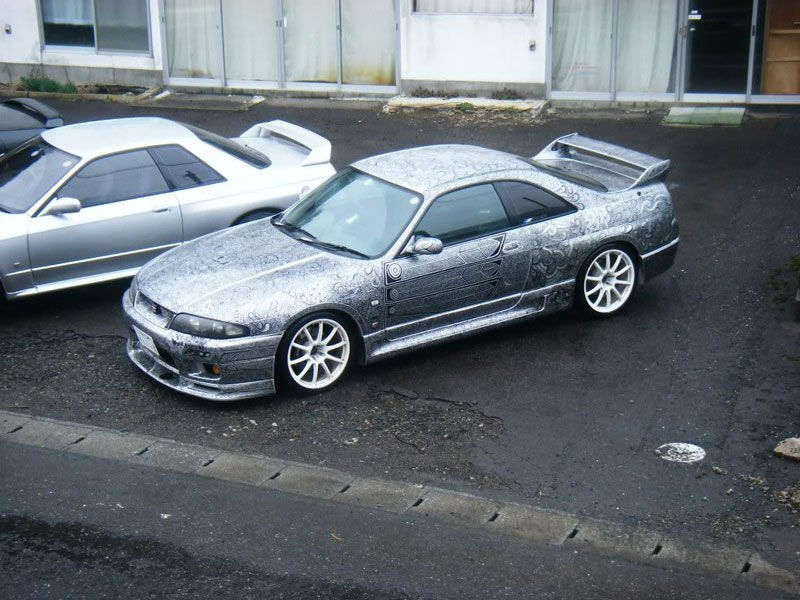 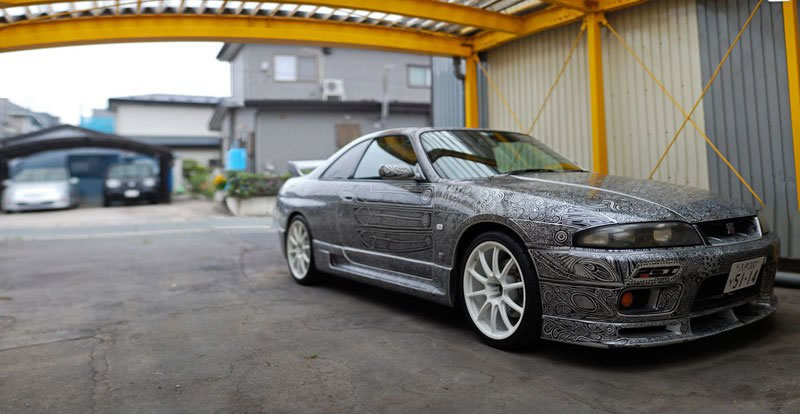 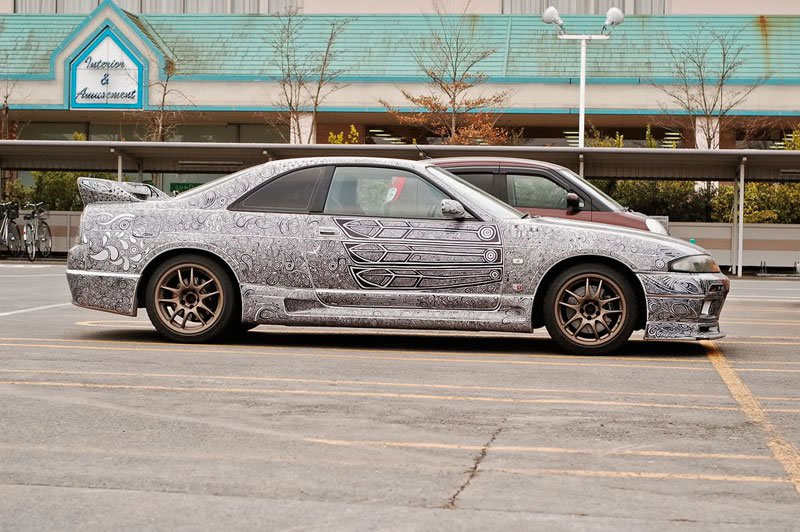 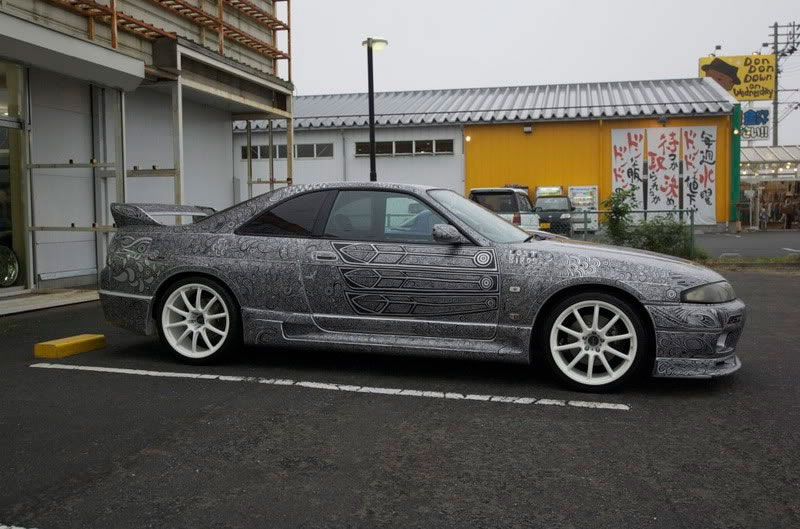 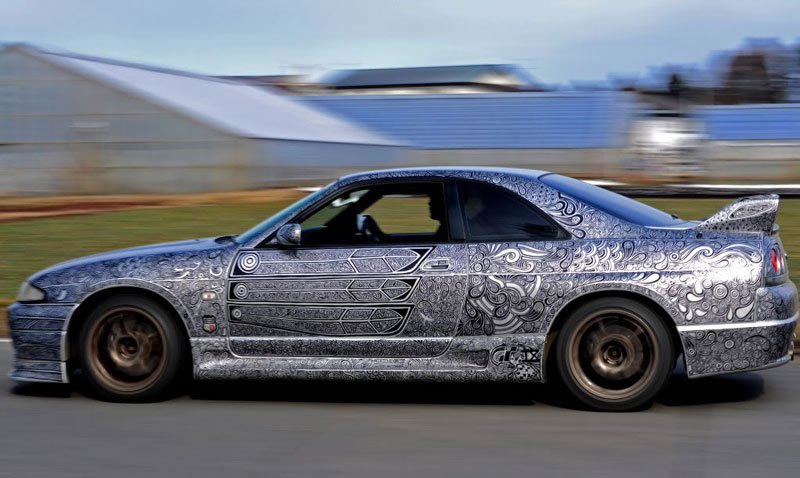 Once the job was completed all that was left was to clear coat the whole car to protect the all the designs made which were made with an ordinary sharpie pen permanently.

What do you think of this custom design and would you like something similar on your car?

You can see the full details of the car here CollenSkylinerOwnersClub