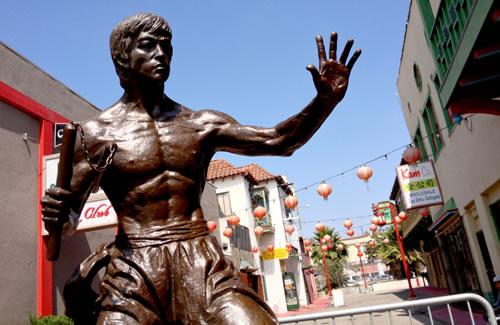 Bruce Lee Statue Unveiled In Los Angeles – Bruce Lee is one of the most famous martial experts and in honor of the late actor a seven-foot bronze statue has been created in L.A.’s Chinatown.

The Bruce Lee statue was unveiled on Saturday to a crowd of several hundred people in historic Central Plaza, according to the Los Angeles Times.

Lee’s daughter, Shannon, said the statue, which was created by an artist in Guangzhou, China, is the first of its kind to honor her father in the U.S. Its unveiling comes on the 40th anniversary of Lee’s death — as well as the 75th anniversary of Chinatown — and was part of the annual celebration Chinatown Summer Nights.

The statue was donated by the Bruce Lee Foundation, a nonprofit group that was formed to honor Lee’s legacy. It isn’t yet permanently installed; business leaders are aiming to raise $150,000 for seating and a concrete base.

San Francisco-born Lee moved to Los Angeles in the 1960s and landed a role playing Kato on TV’s The Green Hornet. During that time, he opened his third martial arts academy in Chinatown and worked out at the Alpine Recreation Center in the area. 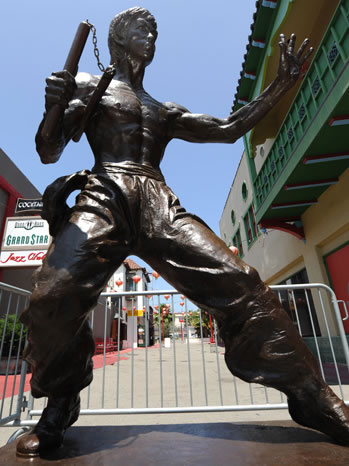