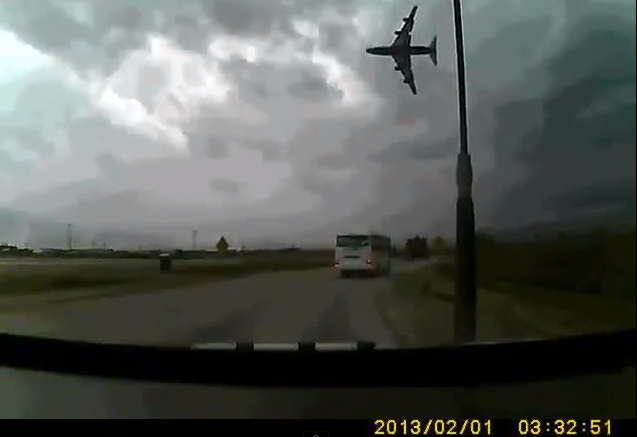 A Boeing 747 plane crash was recently caught on camera. The Boeing 747-400 freighter was taking off from Bagram (Afghanistan) on it’s way to Dubai Al Maktoum (United Arab Emirates) when the crash occurred.

The plane was carrying 7 crew and cargo consisting of 5 military vehicles. The Boeing 747 plane crash took place shortly after take off and erupted into flames near the end of the runway within the perimeter of the Air Base. All 7 crew are reported perished in the crash.

Afghan Authorities immediately denied claims that the crash of a large civilian cargo aircraft was the result of enemy activities.

According to a listener on frequency the crew reported the aircraft stalled due to a possible load shift.