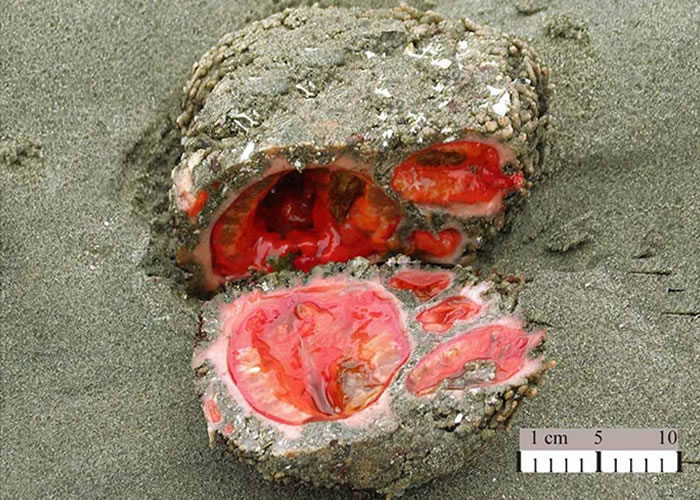 Check out these bizaare living rocks Pyura Chilensis and then eat them.

Pyura chilensis doesn’t look like much from the outside. You could pass right by a colony without realizing they’re more than just simple beach rocks, but cut them open and you’ll think you’ve discovered a real bizarre-looking alien specimen. 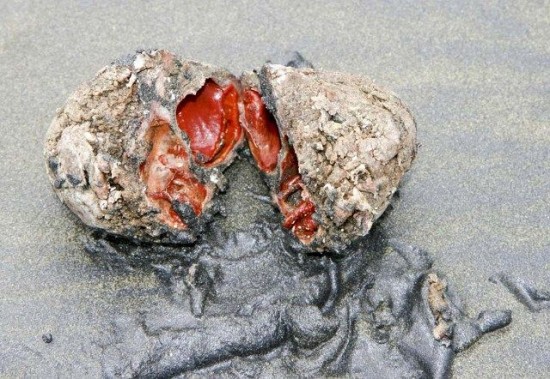 Popularly known as the living rock, Pyura chilensis is actually a weird sea organism that lives on the rocky coast of Chile and Peru. It feeds by inhaling the sea water and filtering out edible microalgae through a pair of siphons. It has clear blood and can accumulate high quantities of a mysterious and rare element called vanadium. It’s been discovered that the blood of the Pyura chilensis contains 10 million times more vanadium than the surrounding sea water, although it’s role in the creature’s development is yet unknown. The alien-like organism is born a male but also grows female organs over time, and breeds by releasing both eggs and sperm that meet in a fertile cloud and form tiny tadpole-like offsprings that eventually settle on nearby rocks and grow into adult form. This is all very unique and fascinating, but there’s really nothing quite like seeing one of these bizarre creatures sliced in half. The Pyura chilensis is covered in a thick layer of tunicin that helps it blend in its surroundings, but underneath lies a bright red tissue-like mass that leaves first-time viewers flabbergasted. 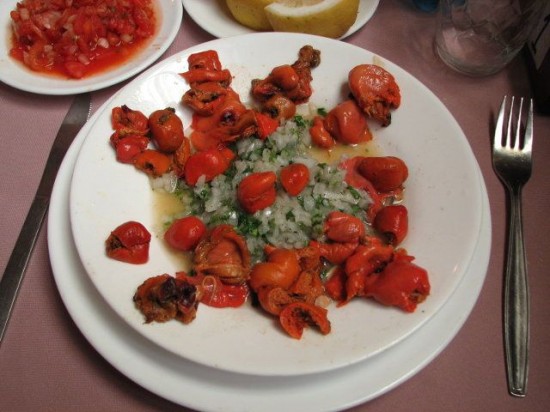