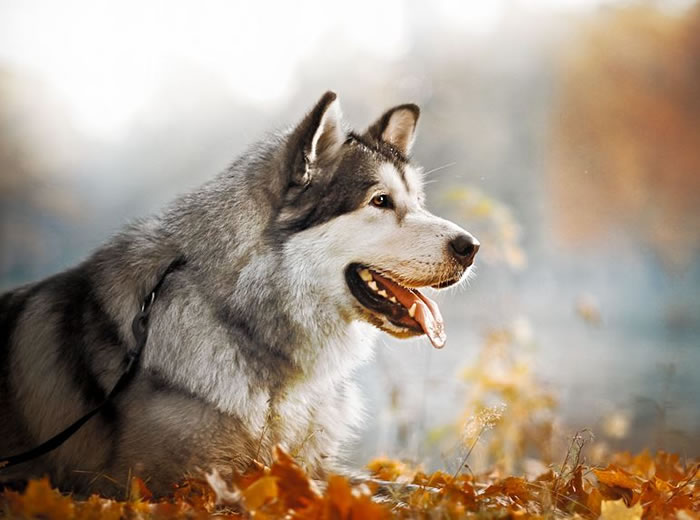 Today’s big dog breeds all about the Alaskan Malamute!

The Alaskan Malamute is a generally large breed of domestic dog (Canis lupus familiaris) originally bred for use hauling heavy freight because of their strength and endurance, and later an Alaskan sled dog. They are related to other arctic breeds, like the Samoyed, the American Eskimo, and the Siberian Husky. It is one of the few ancient dog breeds still in existence in the world today. 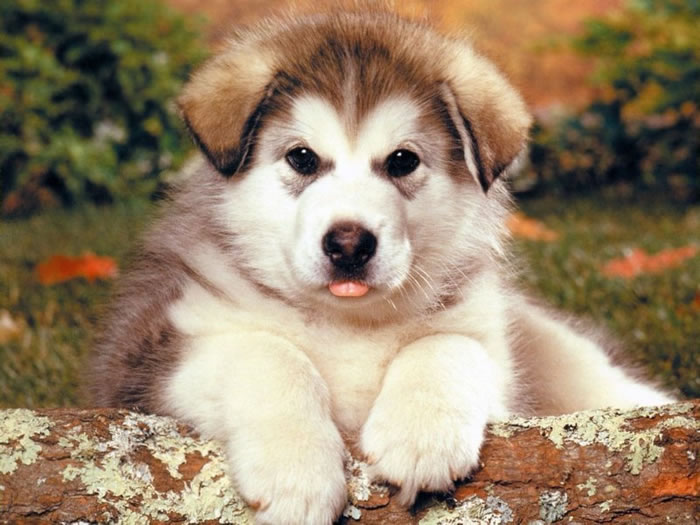 The coat of the Alaskan Malamute is a double coat. The undercoat has an oily and woolly texture and can be as thick as two inches. The outer guard coat is coarse and stands off the body—longer at the withers but not more than one inch off the sides of the body. Ears are small in proportion to the head and stand firmly erect when at attention. The Alaskan Malamute is a brown eyed, heavy dog, with a more formidable nature and structure than the Siberian Husky; which is a dog of small and slim stature, with the ability to have blue, brown, and bi-eyes, and is fine-boned specifically bred for speed. The Alaskan Malamute is bred for power and endurance, which is its original function and what the standard of the breed requires of Alaskan Malamute breeders. The usual colors are various shades of gray and white, sable and white, black and white, seal and white, red and white, or solid white. There are a wide range of markings in the breed including face markings, blazes, a splash at the nape of the neck, a collar or a half collar. In terms of color variants, some Malamutes exhibit a dark grey to buff colored undertone around their trimmings and white areas; presenting with a color-linked gene known as ‘Agouti’. The eyes of the Alaskan Malamute are almond-shaped and are varied shades of brown; however, the darker eye is preferred. The physical build of the Malamute is compact and strong with substance, bone and snowshoe feet. 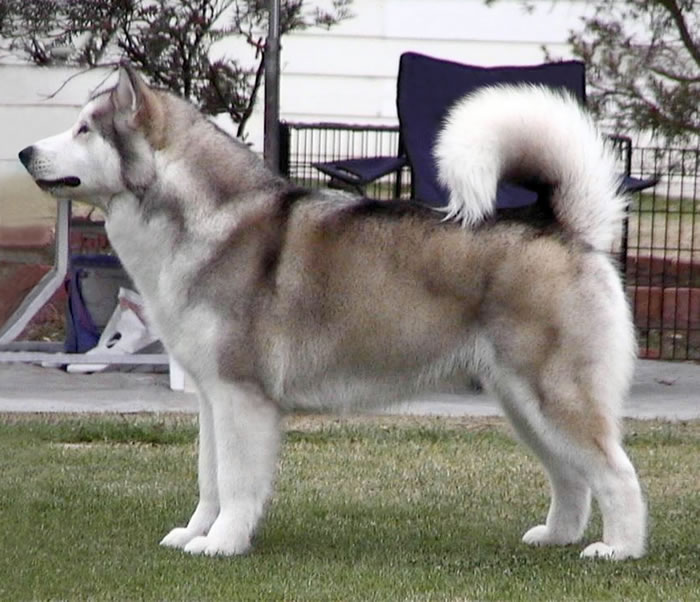 An adult Alaskan Malamute
According to the AKC breed standard, the Malamute’s tail is well furred and is carried over the back like a “waving plume”. Corkscrew tails are occasionally seen but are faulted in the AKC breed standard (a corkscrew tail is commonly seen in the Akita). The Malamutes’ well-furred tails aid in keeping them warm when they curl up in the snow. They are often seen wrapping the tail around their nose and face, which presumably helps protect them against harsh weather such as blowing snow. Their ears are generally upright, wedge shaped, small in proportion to the head and set to the side of the skull. The muzzle is deep and broad, tapering slightly from the skull to the nose. Nose and gums are black but some Malamutes have a snow nose which is black with a pink undertone that can get darker or lighter, depending on the season.