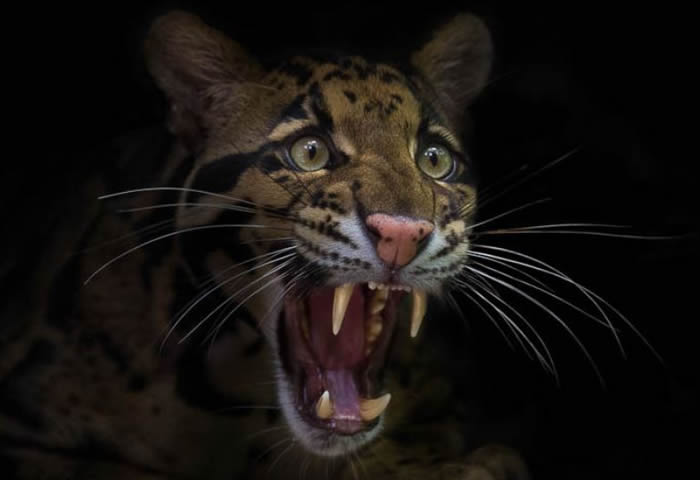 The clouded leopard (Neofelis nebulosa) is a cat found from the Himalayan foothills through mainland Southeast Asia into China, and has been classified as Vulnerable in 2008 by IUCN. Its total population size is suspected to be fewer than 10,000 mature individuals, with a decreasing population trend, and no single population numbering more than 1,000 adults.
The clouded leopard is considered to form an evolutionary link between the big cats and the small cats.
The Sunda clouded leopard (Neofelis diardi) found on Sumatra and Borneo is genetically distinct and has been considered a separate species since 2006.
Both Neofelis species are the smallest of the big cats, and are not closely related to the leopard. 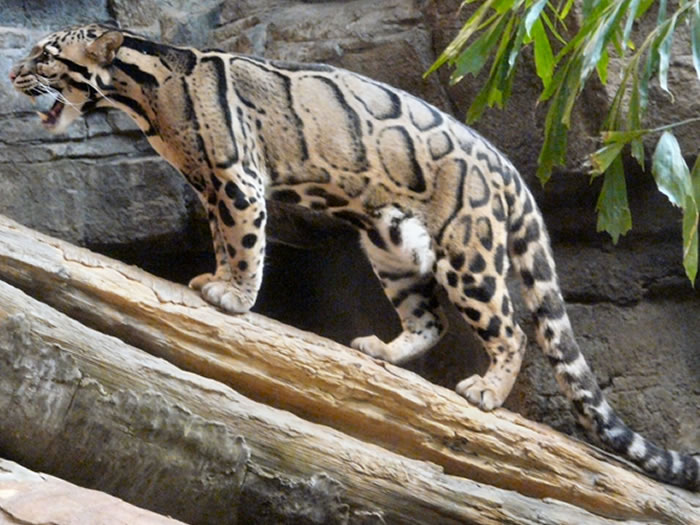 They have exceptionally long, piercing canine teeth, the upper being about three times as long as the basal width of the socket. The upper pair of canines may measure 4 cm (1.6 in) or longer. They are often referred to as a “modern-day saber tooth” because they have the largest canines in proportion to their body size, matching the tiger in canine length. The first premolar is usually absent, and they also have a very distinct long and slim skull with well-developed occipital and sagittal crests to support the enlarged jaw muscles.