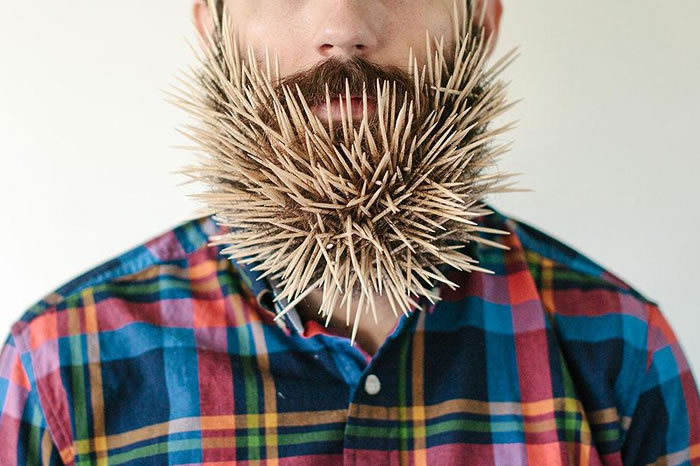 Beard Implants that will make you say WTF, check out the latest beard craze by Pierce Thoit and his wife from the looney tunes beard factory!

Pierce Thiot and his wife Stacy Thiot have created a bizarre Tumblr called Will It Beard, which is devoted entirely to the couple sticking things into Pierce’s beard and photographing the results. 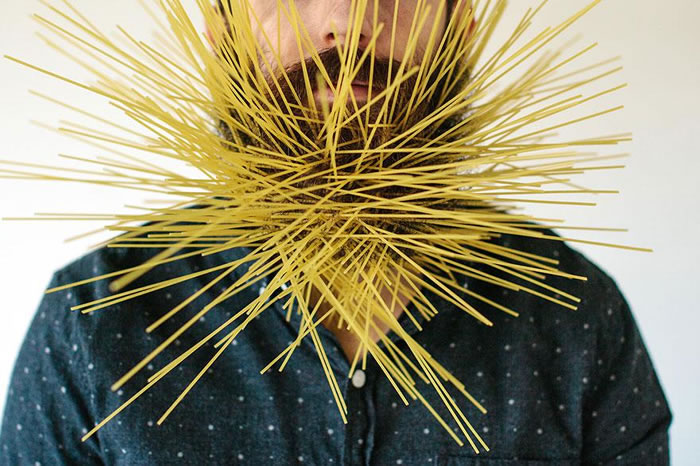 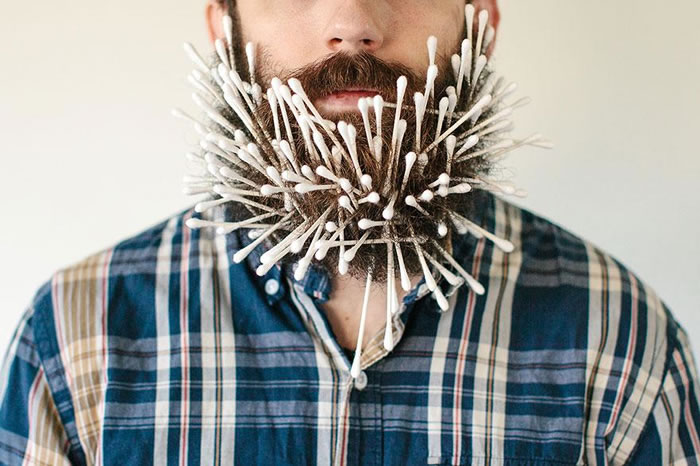 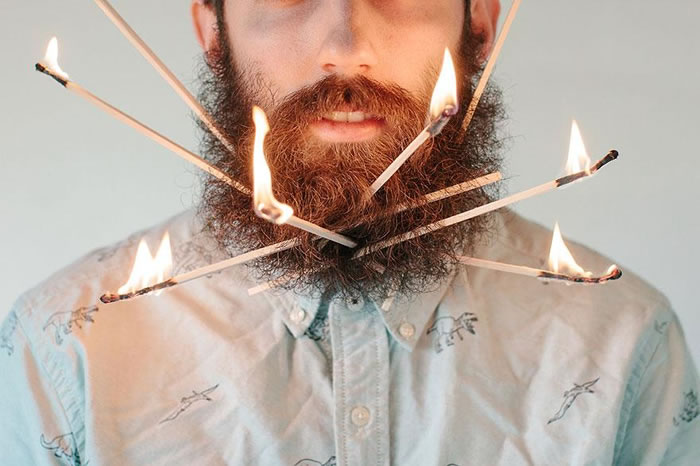 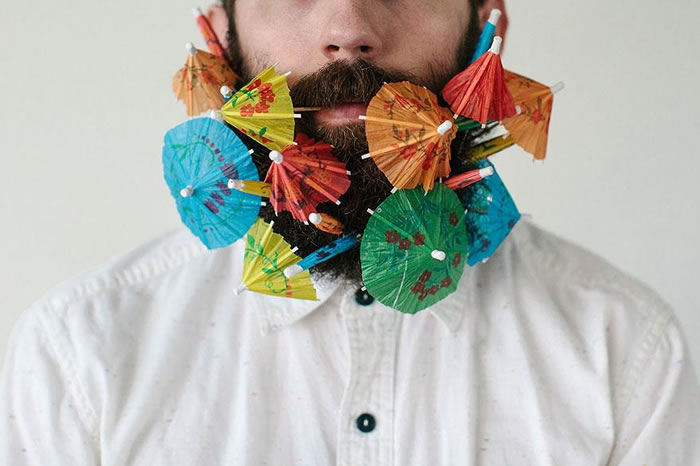 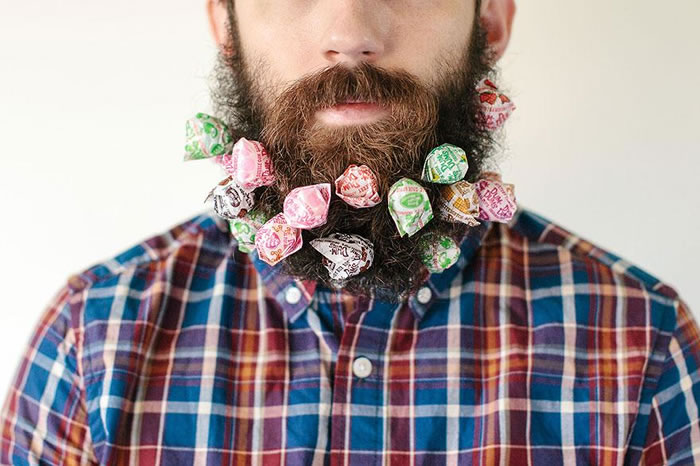 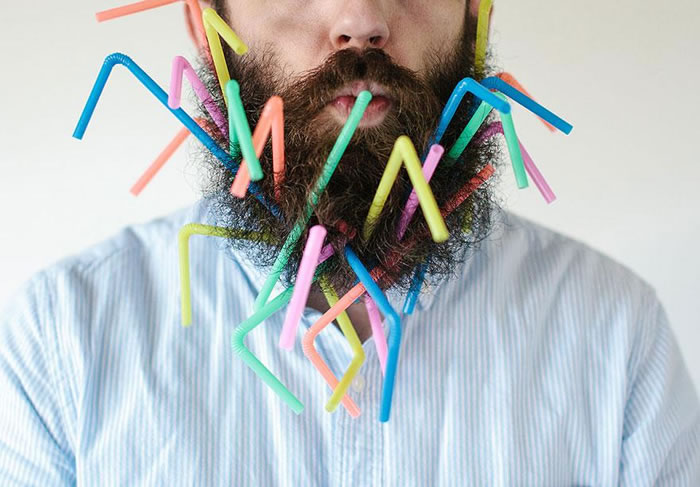 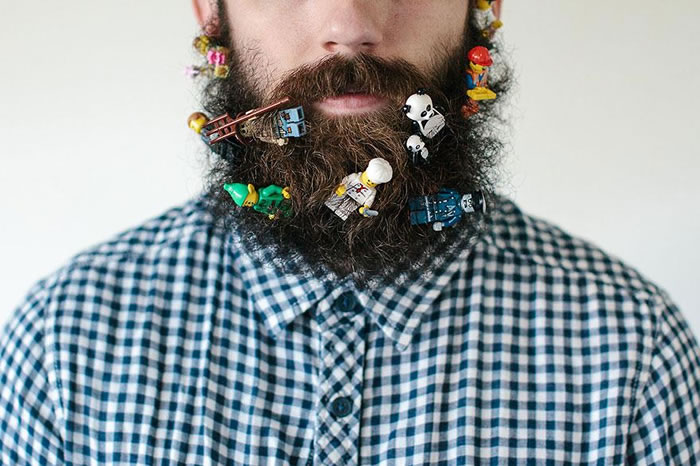 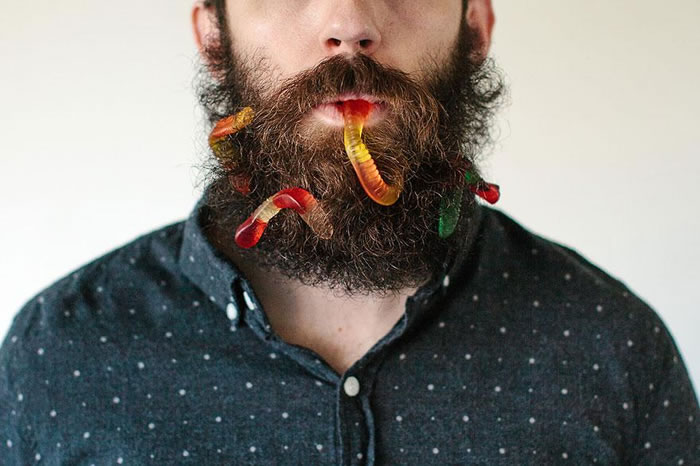 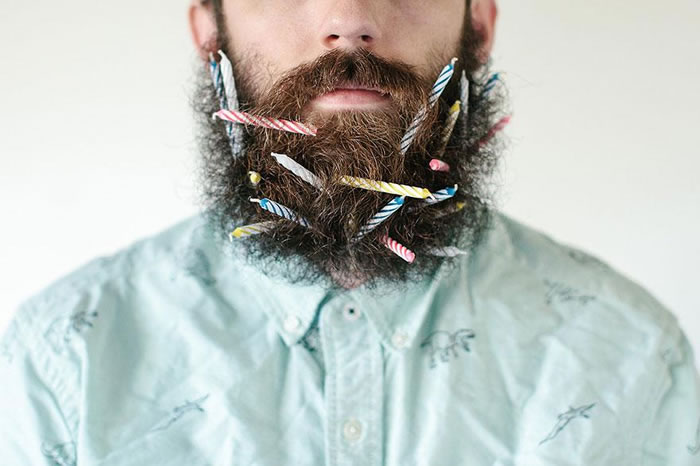 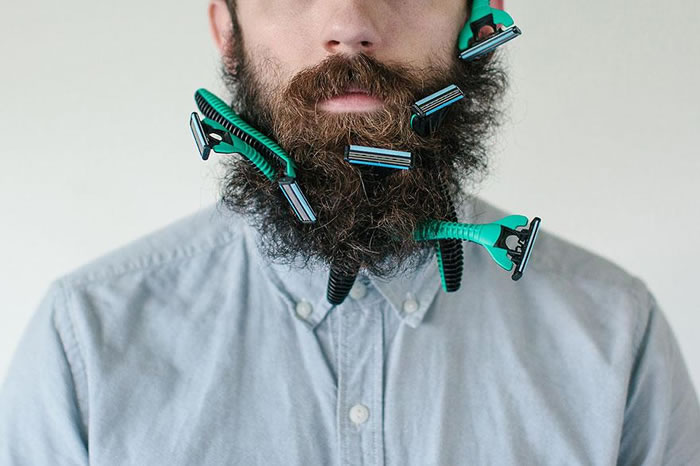 Shaving razors, lollipops, uncooked noodles, cocktail umbrellas and, yes, even lit matches, have been loaded into Pierce’s beard. He said that it all began when he decided to store a pen in his beard at work. Later, he visited his mother over Christmas break. “My mom had her grandkids do a talent show for her (she’s an adorable grandma). I tried to put as many pencils as possible in it for my ‘talent.’ I got over 20. Needless to say, my mother was very proud.”

Since then, they’ve been sharing the photos with their fans on Tumblr and Instagram. The best part is that, judging by their Tumblr, they take requests – so check them out and see if you can come up with the next thing to go in Pierce’s beard!

They’re the latest example of the internet’s long-standing obsession with beards.