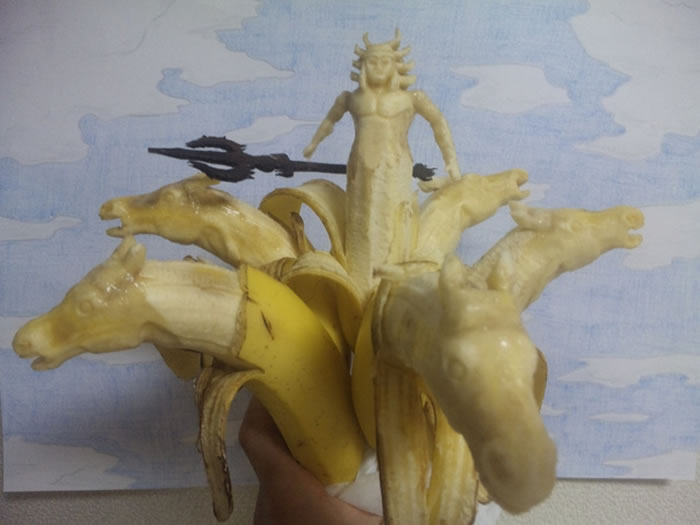 Ever wondered what else you can do with a banana, well check out these images of banana art, this guy’s art is literally bananas.

By day, Keisuke Yamada is an electrician. By night, he’s a master banana artist, peeling, sculpting, and, yes, eating.

While Yamada’s art might not be the most beautiful you’ll see, it is the most delicious. 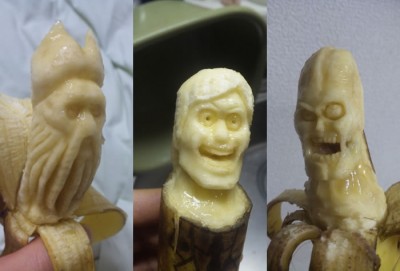 Earlier this year, Yamada’s banana art, which he uploaded to Japanese art site Pixiv, became an internet sensation. It was the combination of his sculptures and choice material. Nobody had really seen anything like his work.

While others might have simply seen fruit, Yamada saw dragons, movie characters, and manga archetypes. Then, he brought them to life. 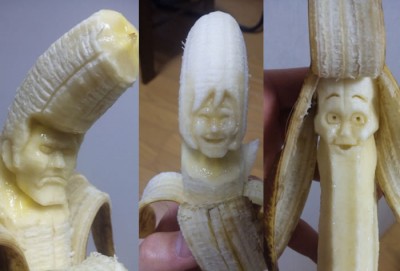 To create his art, the self proclaimed perfectionist uses a toothpick and spoon.

Bananas aren’t exactly an ideal material. There’s only a short window time before they begin to change color and texture after being exposed to the air and rot. Yamada must work quickly, and each banana sculpture takes about an hour.

‘It began when I peeled a banana and thought it might be interesting to carve a face into the fruit,” Yamada told the Daily Mail earlier this year. “The first one was the face of someone with a smile. I was surprised by how many people liked it so then I just started making more.” 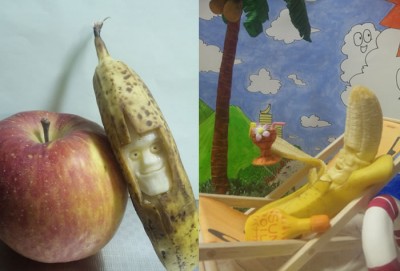 Yamada decides what he is going to sculpt, either from ideas suggested from others or his own ideas. The goal, said Yamada, is to creation something that people cannot believe that they are seeing. That’s a goal not relegated only to banana art, but held, no doubt, by many artists working in a variety of mediums.

Though, how many artists eat their work when they’re finished?

Everything You Need To Know About Channel Letter Signage