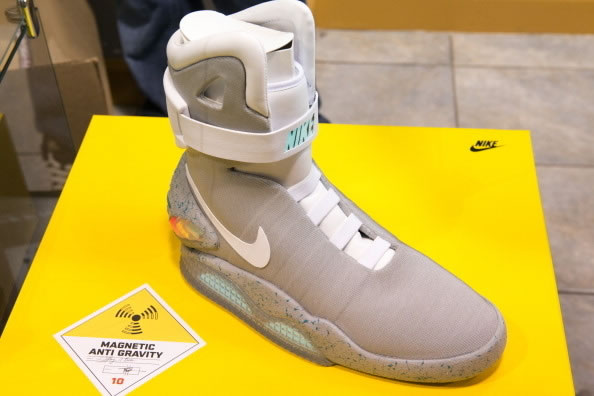 Nike have recently announced that they are planning on having athletic shoes with power laces by 2015. The fancy footwear appeared in the movie Back To the Future 2 with Marty Mcfly putting on a pair after arriving in the year 2015.

In 2011, Nike unveiled a limited edition replica of Marty McFly’s super baller high-tops from Back To The Future II called the Nike Air MAG. Only 1,500 of the kickers were made and auctioned off on eBay, with the proceeds going to the Michael J. Fox Foundation. Today they’re still being sold for thousands.

[SEE ALSO – Back To The Future Actors 30 Years Later – Did Their Makeups Match?] 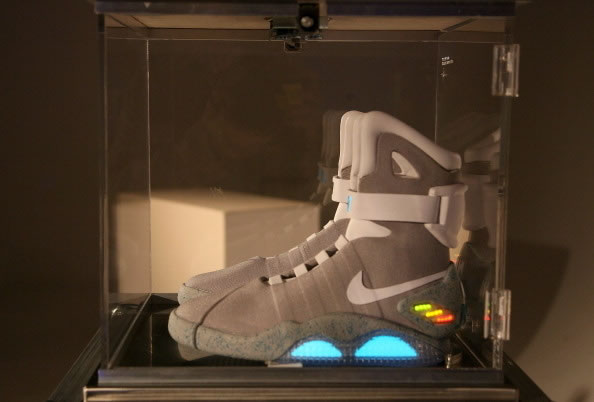 As cool as these Nike athletic shoes were they didn’t have the power laces that made the footwear famous. But according to Nike shoe designer Tinker Hatfield, that’s all about to change in 2015 — the same year the movie takes place.

During an appearance in New Orleans yesterday, someone asked the designer about the chance of seeing the technology in the next year.

Unfortunately though, there’s no word yet on when we’ll get our damn hoverboards. 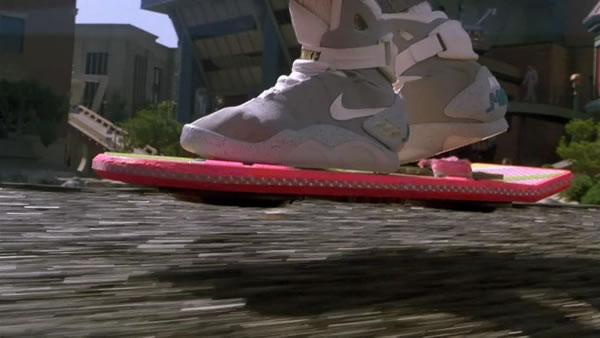 Would you love a pair of these Nike athletic shoes with power laces?

Back to the Future Part II is a 1989 science fiction comedy film and the second installment of the Back to the Future trilogy. It was directed by Robert Zemeckis, who directed all three films and stars Michael J. Fox, Christopher Lloyd, Thomas F. Wilson and Lea Thompson.

The plot of Part II picks up where the original film left off. After repairing the damage to history done by his previous time travel adventures, Marty McFly (Fox) and his friend Dr. Emmett “Doc” Brown (Lloyd) travel to 2015 to prevent McFly’s future son from ending up in jail. However, their presence allows Biff Tannen (Wilson) to steal Doc’s DeLorean time machine and travel to 1955, where he alters history by making his younger self wealthy.

Tags: athletic shoes, back to the future, nike, power laces