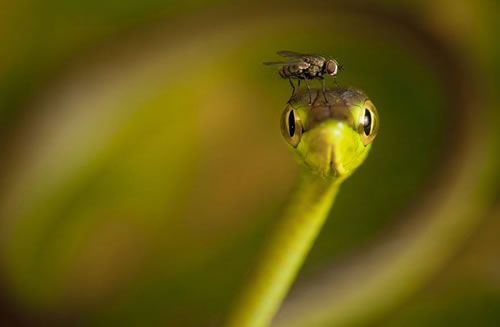 National Geographic Traveler Photo contest is a yearly event were people send in photos of wildlife. So lets look at some of this year’s top contenders.

Fénec the Soul of the Desert 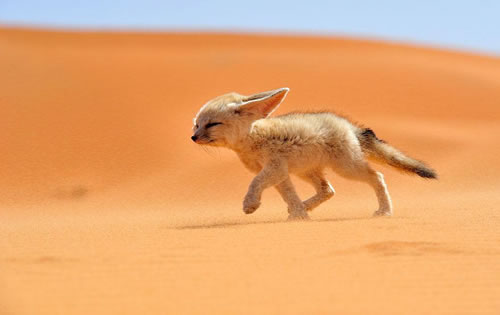 “The fennec, or desert fox is a canine mammal species of the genus Vulpes, which inhabits the Sahara Desert and Arabia. With its features ears, this is the smallest species of the family Canidae. It is endangered and its main threat is illegal in other countries.” (Photo by Francisco Mingorance)

The Power of the Criollo 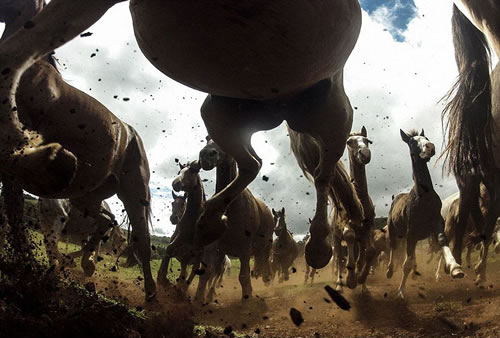 “The power of the Criollo horses at the Cabanha Ipuã located in Paranà, Brazil. The Criollo is the native horse of Uruguay (1910), Argentina (1918), Brazil (1932) and Paraguay. It may have the best endurance of any horse breed in the world next to the Arabian.” (Photo by Chris Schmid)

Portrait of an Eastern Screech Owl 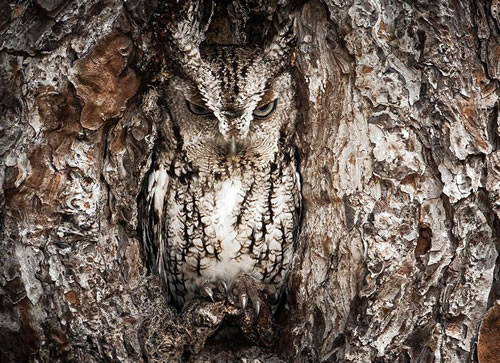 “Masters of disguise. The Eastern Screech Owl is seen here doing what they do best. You better have a sharp eye to spot these little birds of prey.” (Photo by Graham McGeorge) 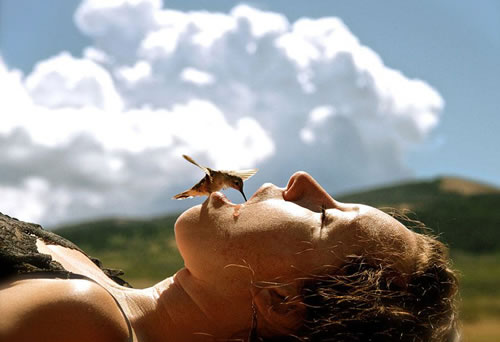 “A very hungry humming bird drinking from the mouth of a person in Wyoming during an extreme drought in 2012.” ( Photo by Sundell Larsen) 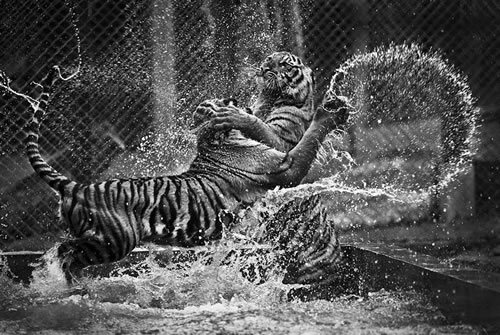 “I have been traveling around the world and parts of Asia for the last six months and this is a shot I took at Tiger Palace in Bangkok, this is one of just a few tiger sanctuaries in Thailand that do not drug the animals, and because of this they sometimes get incredibly playful, here the tigers are having a play fight in some water. What was truly amazing was the speed at which they move, one minute they are 200 yards away, the next, they are right next to you staring down like they are deciding how you taste!” (Photo by Daniel Sakal) 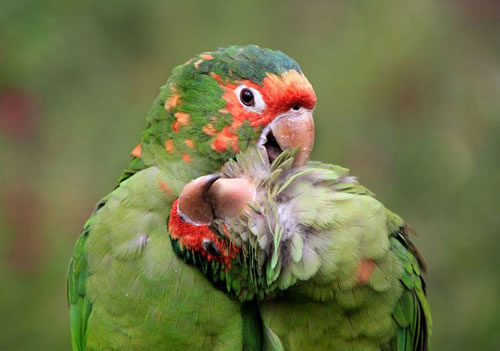 Curiosity of a Chimpanzee in Men 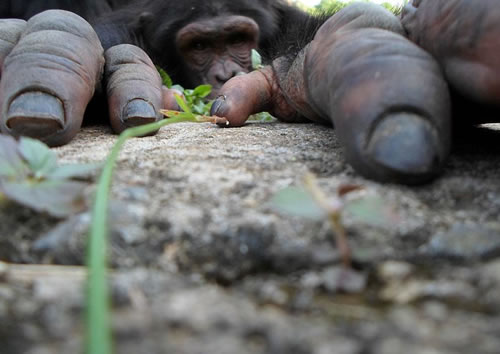 “During my volunteer work at the Limbe wild life center in Cameroon, a sanctuary for primates, this chimpanzee took my interest. He was having a playfull peak at us from underneath the thence while we were working at the enclosure.” (Photo by suzanne van dalsen) 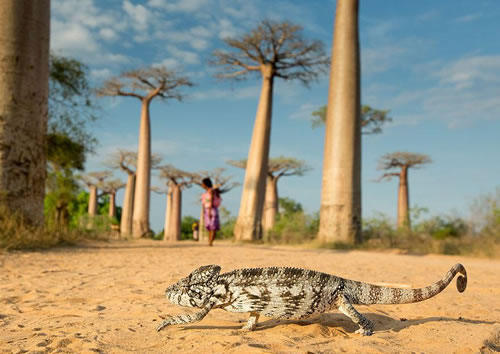 “It is a domestic animal of a small boy.” (Photo by Ondrej Zaruba) 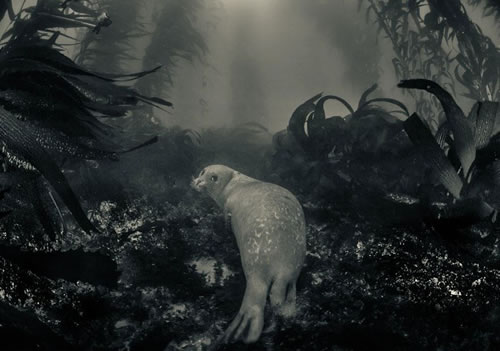 “A harbor seal rests, if only for a moment, in her mighty kingdom.” (Photo by ralph pace) 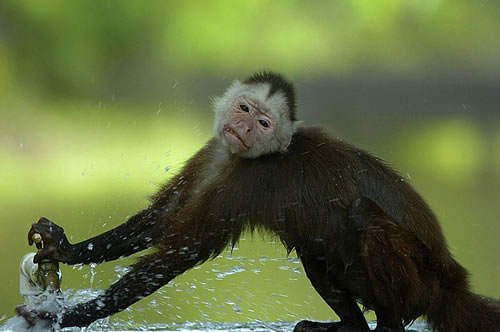 “The capuchin monkey is a real ‘demon’ in the park Hacienda Napoles. Eats garbage, opens water taps, and steals food from visitors” (Photo by Guillermo Ossa) 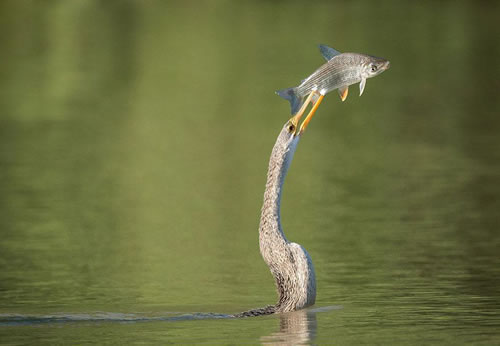 “Anhinga with fresh catch. Anhingas dive underwater hunting for fish that they spear with their sharp beak.” (Photo by Alexander Poellinger) 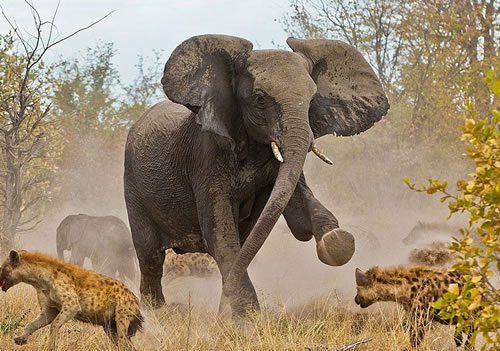 “A group of 12-14 hyenas were chasing a herd of 7-8 elephants. The elephant herd included 2 adult females, a few teenagers, and a baby that was a few days old (belonging to one of the adult females). The hyenas were trying to get at the baby. In this picture, the mother is kicking at the hyenas.” (Photo by Jayesh Mehta) 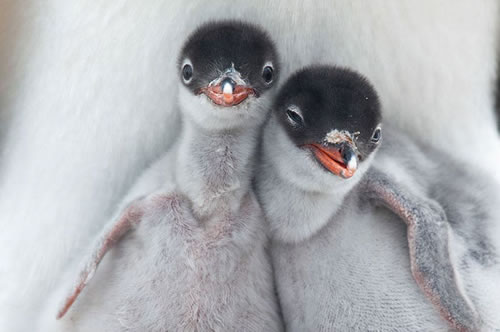 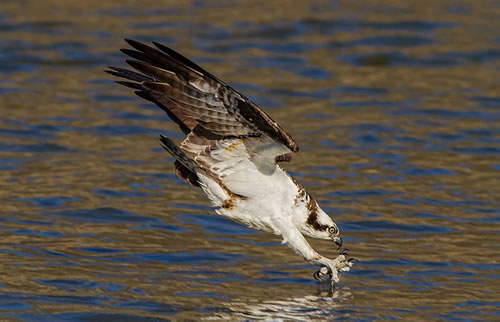 “I took this photograph near the spillway of Jordan lake dam shortly after the Osprey returned to my area for the 2013 season. Early in the spring, you can find them fishing at the base of the dam. I love photographing wildlife, but have a special place in my heart for any type of raptor.” (Photo by Brad Lenear)

Swifts Over the Fall 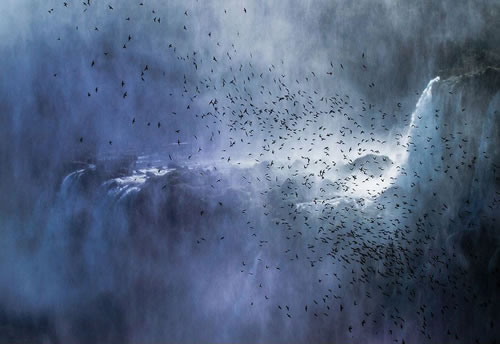 “This picture was taken at the majestic Iguazú Falls. The flight of these flock of swifts across the huge waterfalls portrait the sense of freedom and wildness that belongs to this fantastic world wonder.” (Photo by Francesco Filippo Pellegrini) 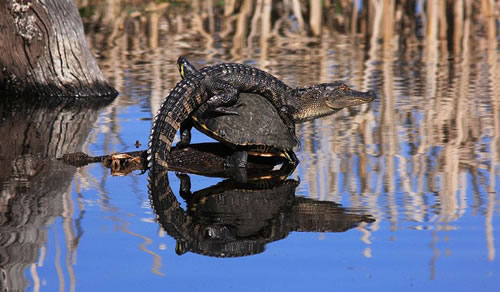 “I have seen alligators and turtles together in ponds before, but never like this! I was at Bluebill Pond in Harris Neck NWR when I saw what I thought was an alligator sunning itself on a stump. As I got closer I realized that it was actually perched on the back of a turtle! I wish I had been there to witness how this surprising esprit de corps had came to pass!” (Photo by Mary Ellen Urbanski)

Portrait of One Chilled out Kangaroo 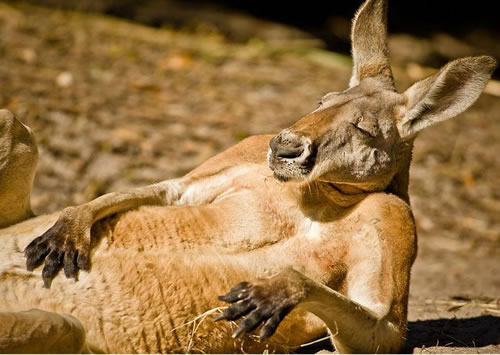 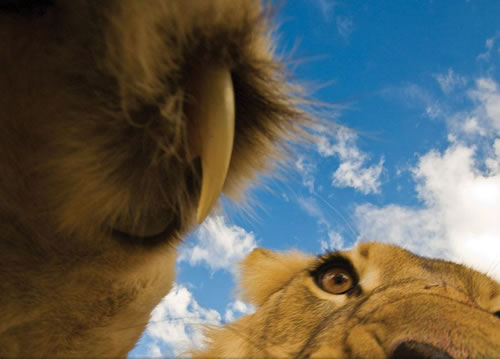 “I have spent the last 4 and a half years in the Kalahari Desert capturing the wildlife and is currently busy with a night-project to capture all the nightlife. I have buildt a hidden camera within a termite mound-hide and try to capture interesting close-ups. All the settings was in manual and I did pre-focus the camera and triggered it with a wireless remote. Here the two pride males of the southern region inspects this termite mound that makes clicking sounds. I always wanted to get a shot of what it will look like from a ‘prey’s’ point of few!” (Photo by Hannes Lochner) 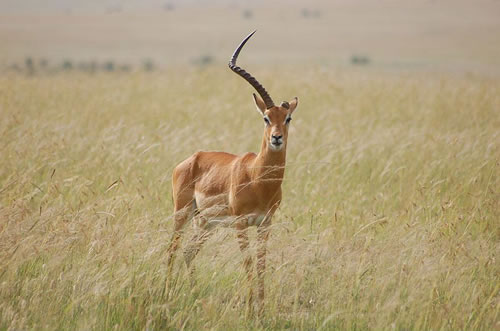 “A one-horned gazelle looks up at just the right moment in the Maasai Mara National Reserve, Kenya.” (Photo by Kellie Reifstenzel)