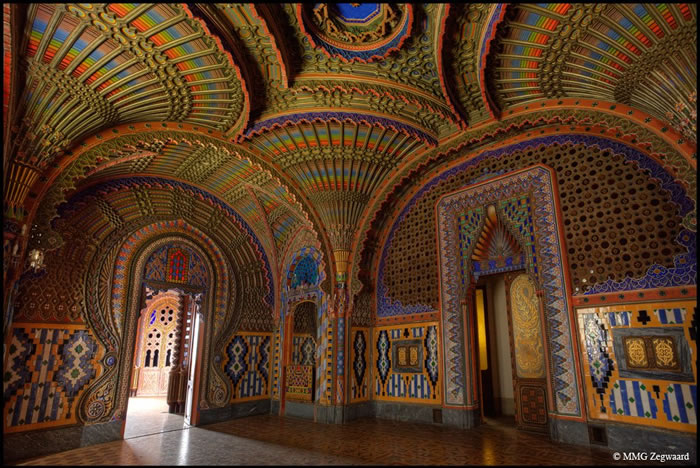 We love history here so this abandoned castle really caught our interest, check out the amazing images of the beautiful old luxurious building!

Here on this corner of the internet, we see a lot of abandoned places. For some of them, we can even understand how circumstances might have led their abandonment. This however, is a head-in-hands kind of moment. 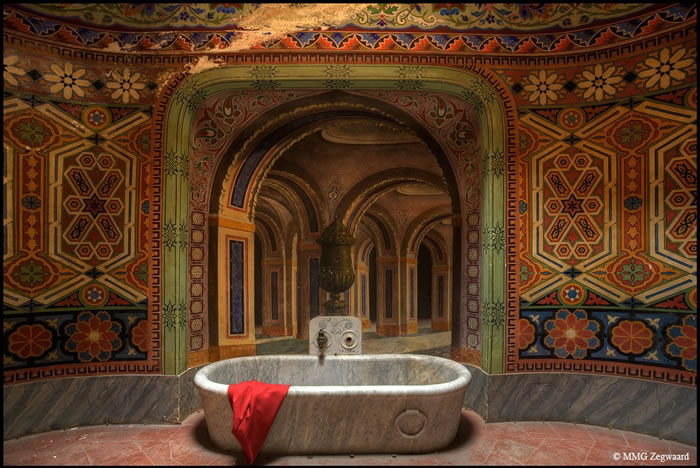 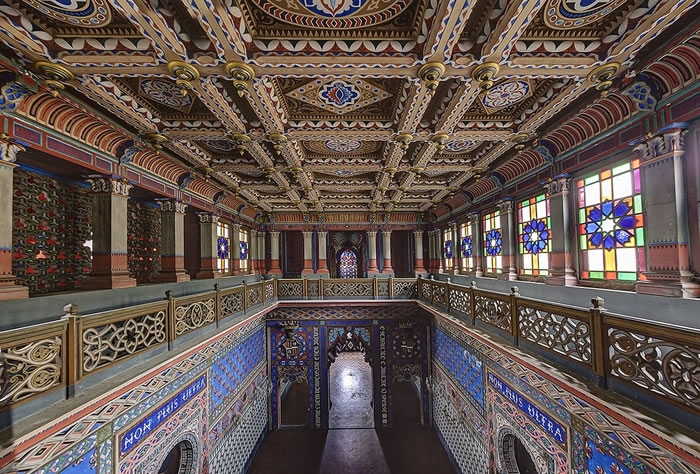 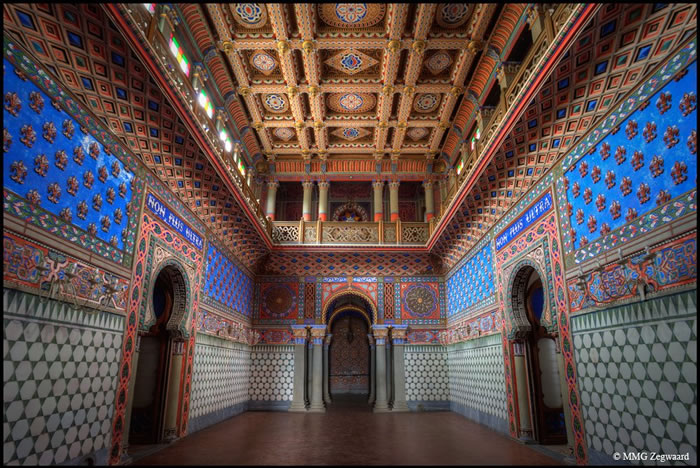 The Castello di Sammezzano is a show-stopper, a jaw-dropper. Hidden away in the Tuscan hills of Northern Italy, this electrifyingly beautiful Moorish castle was built a whopping 400+ years ago in 1605, but more than two decades, it’s been sitting empty, neglected, vulnerable to pillaging and to the elements. 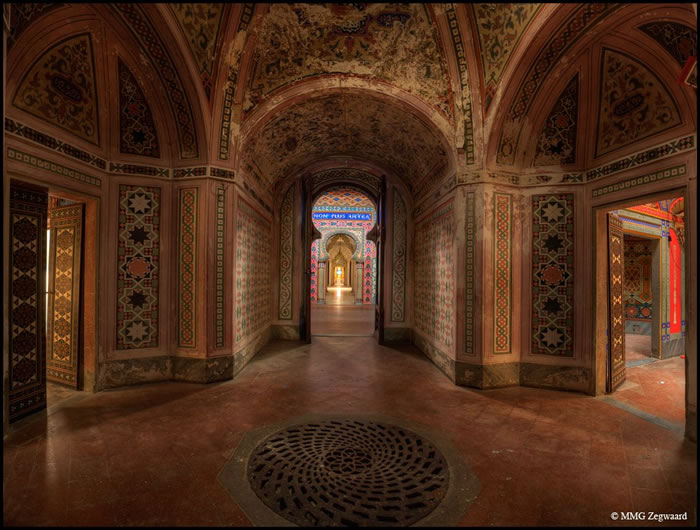 There are 365 rooms in the Castello di Sammazzano, one for every day of the year. The Moroccan-style palatial villa is a labyrinthe of exquisitely tiled rooms, each one intricately unique. Originally built by a Spanish noble, Ximenes of Aragon in the 17th century, it wasn’t until the 19th century that the castle would find its arabian identity and be transformed into the etherial palace it resembles today. 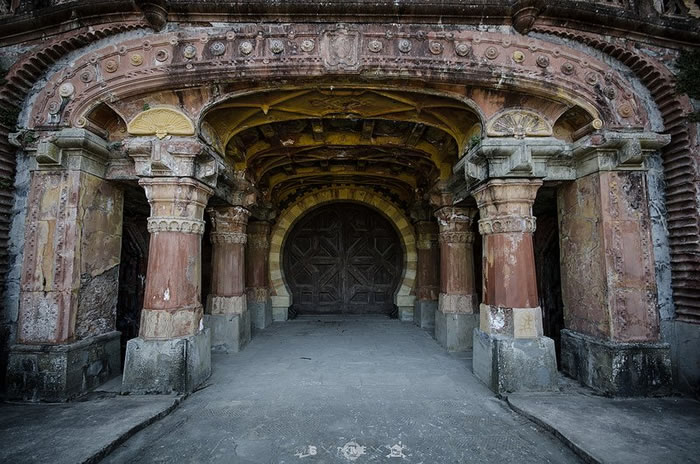 This is all owed to the its inheritor, Marquis Ferdinando Panciatichi Ximenes, a largely forgotten but key cultural, social and political figure in Florence when the city was the capital of Italy. Ferdinando, who lived and died at the property, spent 40 years planning, financing and realizing this exotic castle that would become the most important example of orientalist architecture in the country– only to be left to ruin at the hands of modern-day investors. 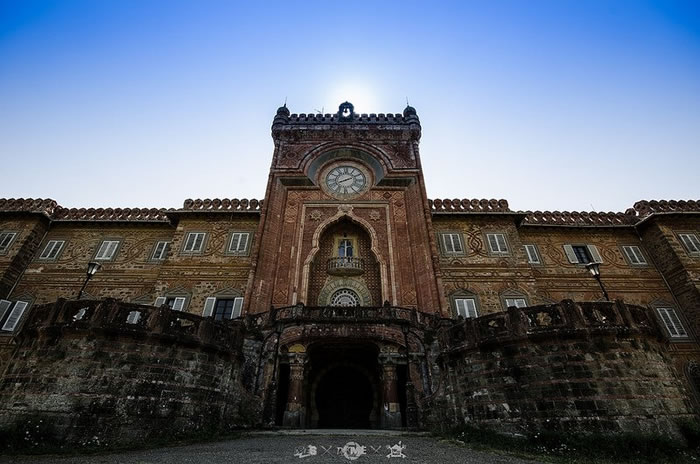 After the Marquis’ death at the end of the 19th century, there was a period of uncertainty for the property and historical records appear to be rather patchy. During the war, the Germans came looting, stealing mainly from the castle’s surrounding park that had once been considered the largest and most exotic in Tuscany. They took many important statues and fountains of Moorish style, as well as an entire bridge and a grotto featuring a statue of Venus. When the war ended, the castle became a luxury hotel, restaurant and bar. 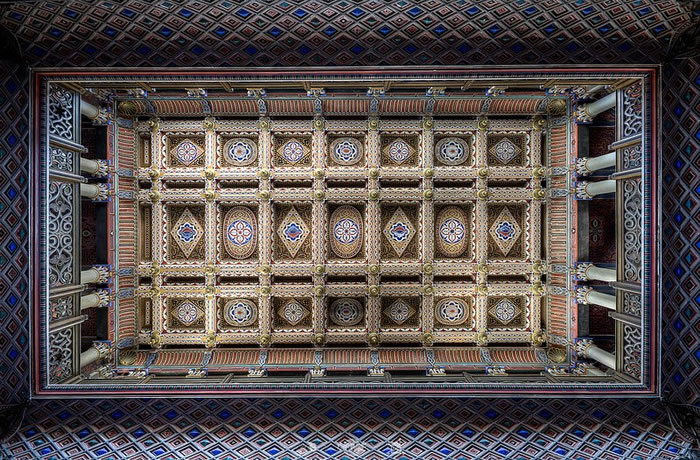 Unfortunately there appears to be no photographs of the villa during this period, I couldn’t even get the name of the hotel, which reportedly closed its doors in 1990. For a decade, it stood without a master of the house until in 1999, a British company ceremoniously bought the Castello di Sammezzano at auction. But the castello would remain lifeless. 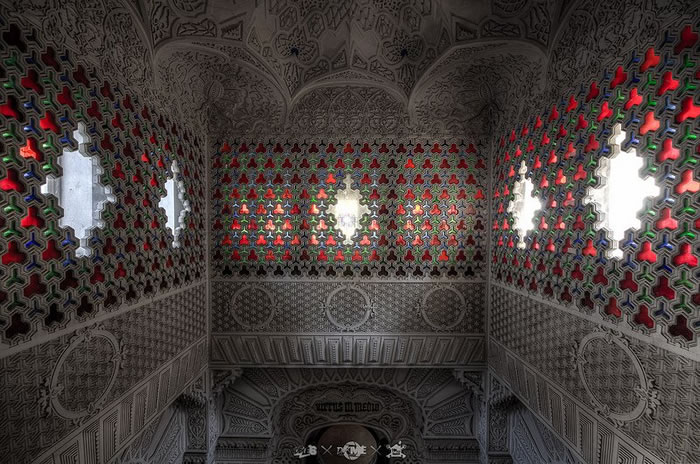 The plan for Sammezzano called for an 18-hole championship golf course and a large sports facility and clubhouse. But construction hadn’t yet begun when the investment company ran into “economic issues” and the castle was forgotten, left to fall into disrepair. The exterior damage by vandals and the weather is fairly evident. On the inside, many windows were broken, railings cut, chandeliers and rosettes stolen. 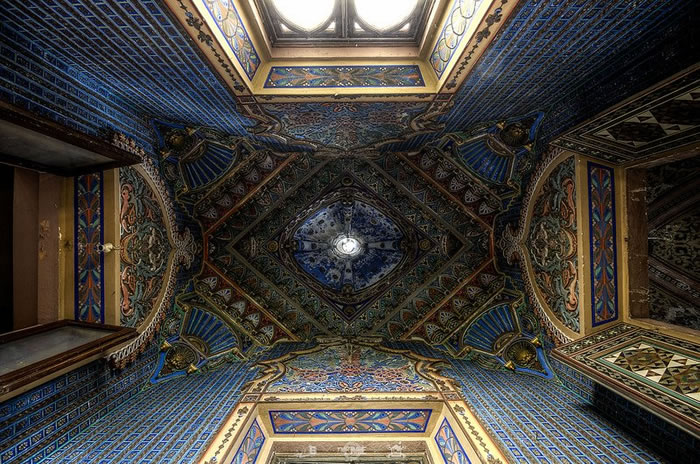 It wasn’t until 2013 that a local non-profit committee was founded to help raise awareness of the increasingly decaying castle. They have no ownership of Sammezzano but they help to arrange and promote public openings. And while the Comitato FPXA (after the initials of Ferdinando Panciatichi Ximenes of Aragon) has been doing their part, the property has been quietly sold to the global developer, Palmerston Hotel & Resorts. 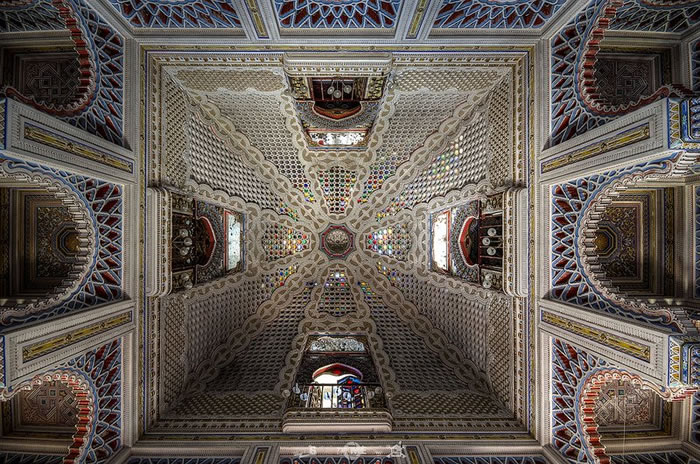 On their website, their to-do list includes several worldwide projects, including the Castello Sammezzano, which they intend to develop into a luxurious sporting resort, incorporating a boutique hotel, apartments, spa and country club with golf, tennis and various sporting amenities. They have obtained all necessary planning approvals and claim redevelopment is scheduled to commence in 2014. 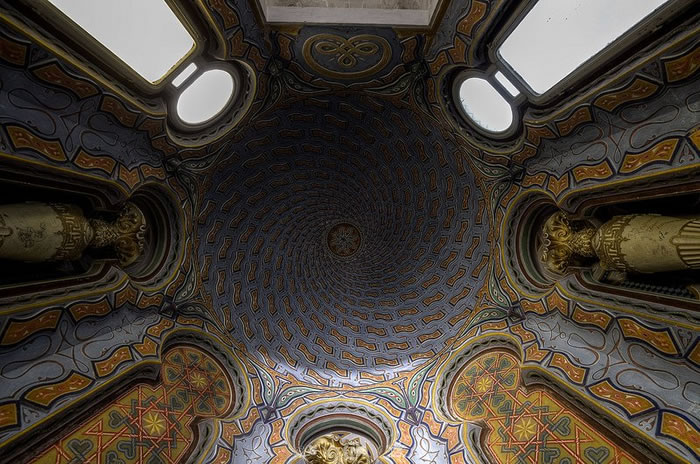 Another luxury hotel development might not be the fairytale ending we were necessarily waiting for, but here’s hoping this arabian castle will finally be restored to its former glory– and maybe they’ll let us come round for a mint tea under those otherworldly ceilings. 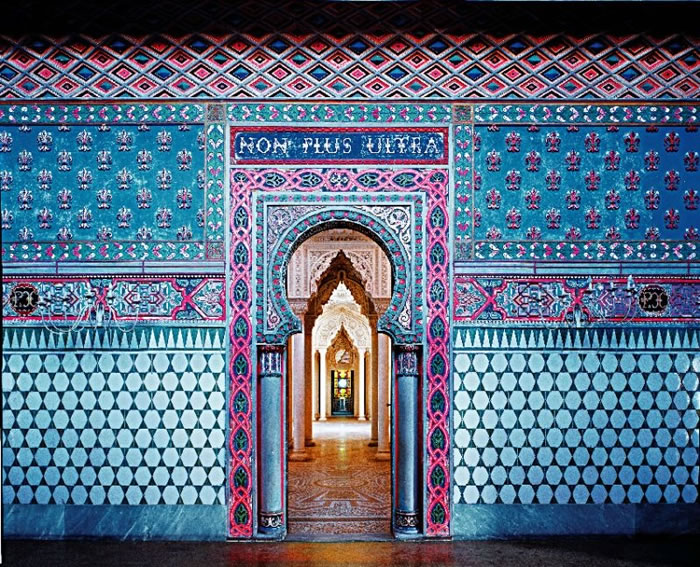