20 Inspirational Quotes On Never Giving Up 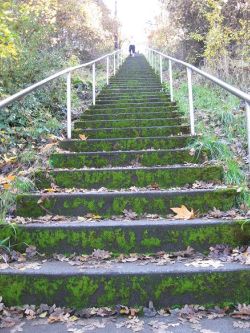 Do you ever feel like giving up? If you feel like you are on an uphill climb with no end in sight then read these 20 inspirational quotes on never giving up and maybe they just might help you find the strength to keep going.

Sometimes it seems easier to run away or give up but remember this – RARELY ANYBODY BECOMES SUCCESSFUL WITHOUT FAILURE.

Do you think Bill Gates invented Microsoft on his first attempt? No, his first company Traf-O-Data was a disaster but he learnt from his mistakes and went onto to create Microsoft. What about the Ford Motor Company? Did you know that this was Henry Ford’s third attempt? His first two car companies were called Detroit Automobile Company and Henry Ford Company but neither lasted long enough to be remembered. Ford Learned from his mistakes, never gave up and became one of the most successful car manufacturers in the world.

So lets kick off with these inspirational quotes to keep you going.

It seems to me we can never give up longing and wishing while we are thoroughly alive. There are certain things we feel to be beautiful and good, and we must hunger after them.

When you get into a tight place and everything goes against you, till it seems as though you could not hang on a minute longer, never give up then, for that is just the place and time that the tide will turn.

Never give up; for even rivers someday wash dams away.

You just never give up, no matter how hard the challenges are, and observe this world with a healthy dose of criticism and don’t just follow the herd like somebody else might do.

If you never give up, you’ll be successful.

My greatest point is my persistence. I never give up in a match. However down I am, I fight until the last ball. My list of matches shows that I have turned a great many so-called irretrievable defeats into victories.

My parents taught me to never give up and to always believe that my future could be whatever I dreamt it to be.

Never give up. You only get one life. Go for it!

When you come to the end of your rope, tie a knot and hang on.

Keep on going, and the chances are that you will stumble on something, perhaps when you are least expecting it. I never heard of anyone ever stumbling on something sitting down.

Don’t let the fear of the time it will take to accomplish something stand in the way of your doing it. The time will pass anyway; we might just as well put that passing time to the best possible use.

Success seems to be largely a matter of hanging on after others have let go.

Many of life’s failures are people who did not realize how close they were to success when they gave up.

Don’t be discouraged. It’s often the last key in the bunch that opens the lock.

If you are going through hell, keep going.

Our greatest glory is not in never failing, but in rising up every time we fail.

Look at a stone cutter hammering away at his rock, perhaps a hundred times without as much as a crack showing in it. Yet at the hundred-and-first blow it will split in two, and I know it was not the last blow that did it, but all that had gone before.

When things go wrong as they sometimes will,

When the road you’re trudging seems all up hill,

When the funds are low and the debts are high

And you want to smile, but you have to sigh,

When care is pressing you down a bit,

Rest if you must, but don’t you quit.

Life is queer with its twists and turns,

As every one of us sometimes learns,

And many a failure turns about

When he might have won had he stuck it out;

Don’t give up though the pace seems slow–

You may succeed with another blow,

Success is failure turned inside out–

The silver tint of the clouds of doubt,

And you never can tell how close you are,

It may be near when it seems so far;

So stick to the fight when you’re hardest hit–

It’s when things seem worst that you must not quit.

If you know of any other great quotes on never giving up then add them in the comments section below.

For more great quotes check out this book Inspirational quotes About Love, Life And Success.

50 Of The Greatest Film Quotes Of All Time

Winner Of The Most Stupid Thing Said On Facebook Contest Is?