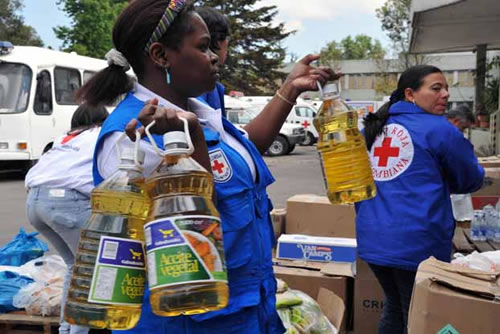 You may think to donate clothes, bottles of water and canned food is helping but it’s not. In fact, you are contributing to what relief workers call the disaster after the disaster. 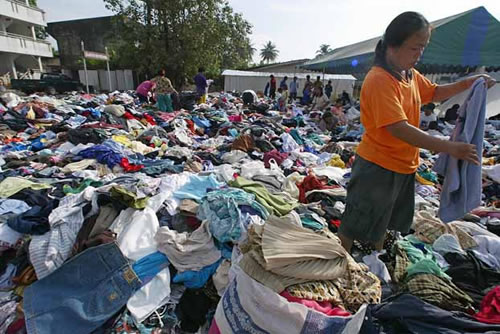 Back in 1992 Hurricane Andrew ravaged the South Florida and straight away people starting sending boxes of clothes to help. Truckloads of donated clothes arrived and with no place to store them they were left on the side of the road. After a couple of days of rainstorms the clothes became smelly and rotting so had to be trashed.

You may think that to donate clothing is a good way to help but it can actually hinder the recovery effort.

The U.S. Federal Emergency Management Agency (FEMA) states that clothing is not a useful item to donate. It has to be sorted by size, type and quite often has to be cleaned. This takes up precious time from volunteers and can quickly fill up space in warehouses that can be used for better use.

A better way to make us of old clothes is to sell them off and then donate the money to the American Red Cross or the Salvation Army. 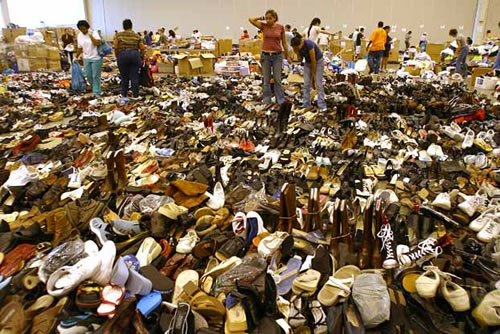 Another item people often donate that doesn’t help much is shoes. Just like with clothes it takes time to sort footwear by size and most end up in landfills.

Donating money is once again a better option so that the organizations can order cheap and light flip flops to the areas that need them most. 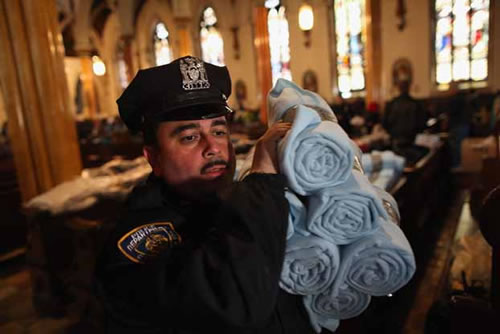 Blankets are often used in a disaster recovery effort but unfortunately too many people end up sending these items and the organisations helping become inundated with them. It is estimated that about 60% of donations are not needed and end up being trashed.

Once again money is better donated. 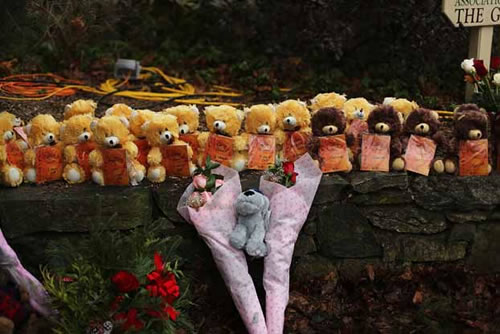 Many people think that giving a teddy bear is a could deed. In 2012 there was a school shooting were 20 children and six adults were killed. Within the next few days thousands of teddy bears flooded in giant warehouse had to be rented to store the teddies.

While a teddy bear maybe a nice gesture it does not really help in a tragedy. 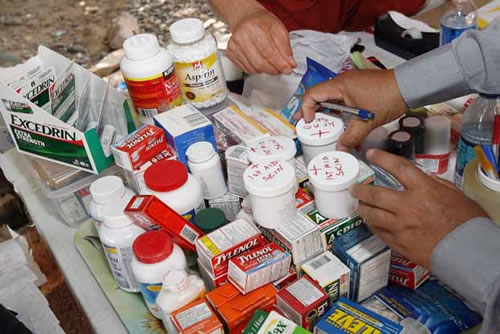 You will be surprised by how many people donate medicine and quite often the medicine is opened and part of a prescription. They are usually all thrown away because the medicine is poorly labelled, expired and sometimes the drugs sent don’t have any benefit to the people who need help.

Back in 1988 an earthquake in Armenia led to 5,000 tons of medicine supplies worth $55 million being sent. More than half had to be destroyed which took relief personal six months to sort out. 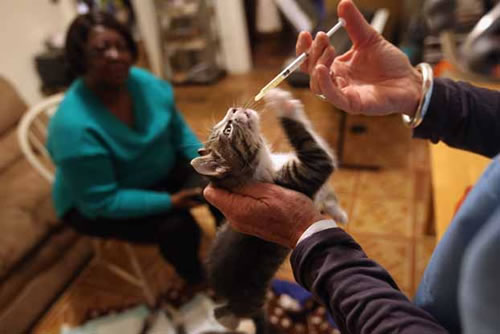 Pet owners often think about the animals that are suffering during a disaster and will often donate pet food. But the food is usually heavy to transport and is not an efficient use of volunteer’s time.

There are organizations such as the American Humane Association that dedicate themselves to rescuing animals that have become stranded or injured during a natural disaster. It is better to donate money to these organizations rather than sending pet supplies. 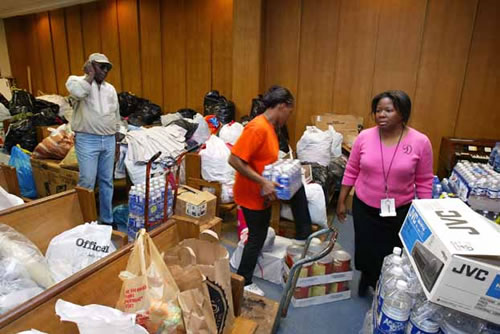 Some people are not sure what to donate to help so quite often send boxes with mixed items. Can you imagine the man hours it takes to go through hundreds of thousands of boxes to see whats inside, sort what is useful and then send it on to the area where it is needed.

The U.S. Federal Emergency Management Agency urges people not to send boxes with mixed supplies to disaster areas. But if you do insist on sending mixed items at least label whats inside the box.

8. Canned Food And Bottles Of Water 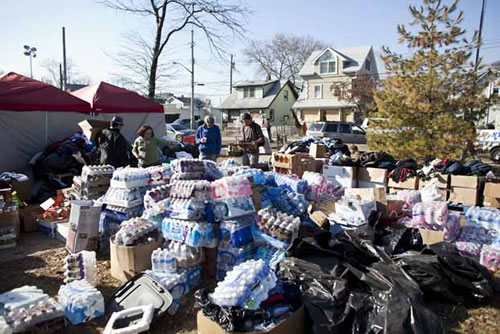 Sending food has the same problem as sending mixed items. Every box has to opened inspected and sorted. Many of the foods are often expired or damaged and have to be thrown away.

Giving food is better left to the professional organizations which you could help by donating money instead of food.

If you really do wish to donate food then it is best to donate nonperishable items to one of your local food banks.

9. Your Help As A Volunteer 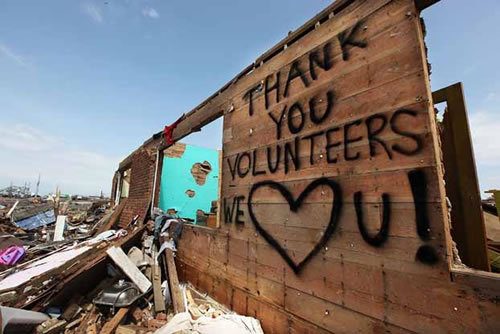 When images of a disaster are shown on the television some people feel the urge to volunteer themselves to the relief effort. Quite often too many turn up but due to lack of experience and having no clue what to do they end up becoming more of a hindrance than a help.

Voleenteers you just turn up also need to be fed, given lodgings and are vunerable to diseases such as malaria and cholera, particularly in developing countries.

Relief effort organizations have people who have been trained on how to handle disaster situations so it is best to leave it to the professionals.

If you want to donate your time and energy to help out then join an organization who will apreciate your help and give the necessary training that is required.

10. Money To The Wrong People 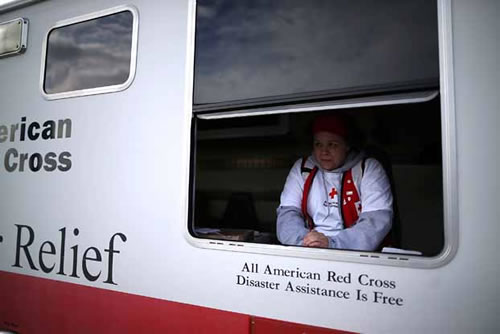 Unfortunately in the time of a disaster there are many people out there who try to gain from people’s generosity. There are many charitable scams about so make sure you are donating your money to the right organizations.

If you unsure whether to donate to a certain charity you can run a background check using sites like GuideStar and Charity Navigator. They’ll tell you how long the charity has been in business, what percentage of donations go to administrative costs and other useful information.

If You Want To Donate

There is a hopeful note for those who really want to donate physical goods rather than send money. Go to the National Donations Management Network, a searchable online database of nonprofit organizations that have posted a specific and urgent need for disaster supplies. If you own a business, this is a great way to connect with, say, AmeriCorps volunteers in New York and send them a dozen 220-volt commercial heaters or 100 Tyvek suits for mold remediation.

Keep up the good work!