As bizarre as these crazy sofas are, they do appear to be quite enticing. Don’t you agree? 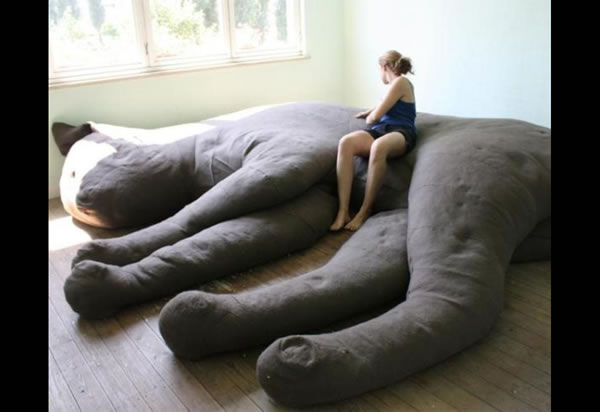 This cat couch was created by a Belgium design studio called unfold who named the sofa Felix Domesticus. It was part of an art exhibition back in 2010 and visitors could sit on the 3.5 meter long cat. 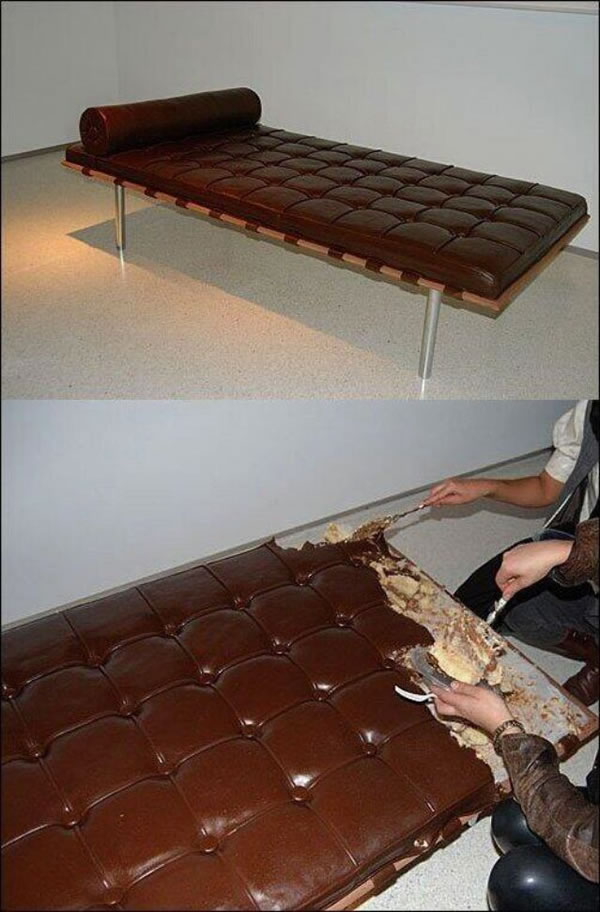 This couch was the work of artist Leandro Erlich who created it for the “Let Them Eat Art” project. Who wants a slice? 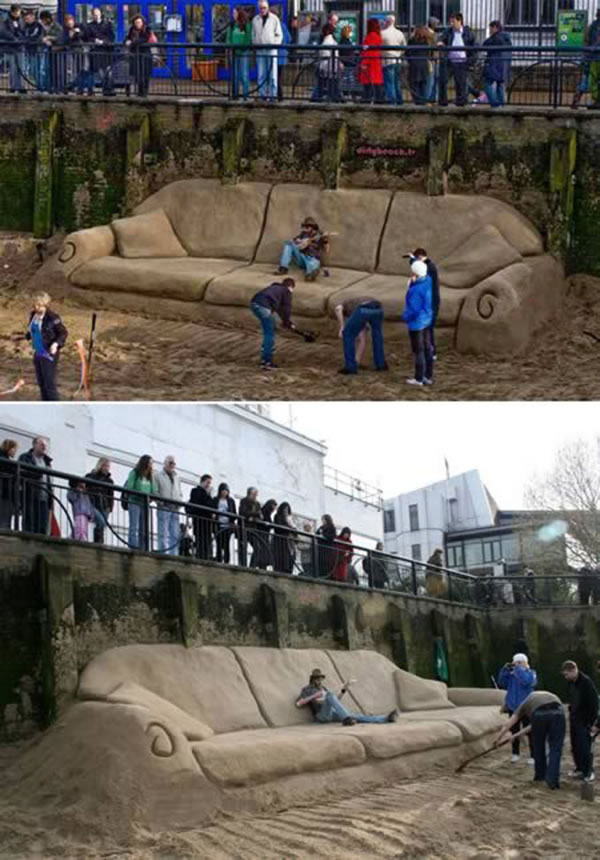 This sofa was built by Andrew Robertson and was recorded as the largest sand sofa in the world. Andrew has earned the nickname Sandy Andy because he is regularly found on a little strip of sandy beach on the Thames creating works of art out of sand. 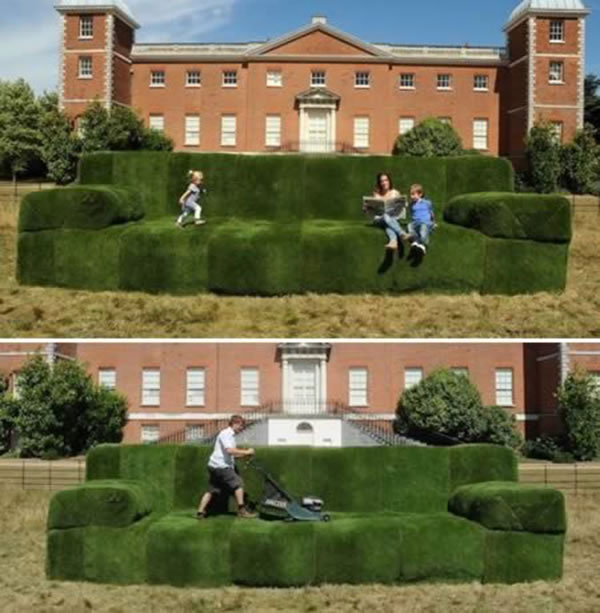 In order to encourage Brits to get out more a dozen giant grass sofas were grown around the UK. It was an idea thought up by the National Trust after statistics revealed that the average family spends 43 hours a week sitting on their sofa, even in the summer. 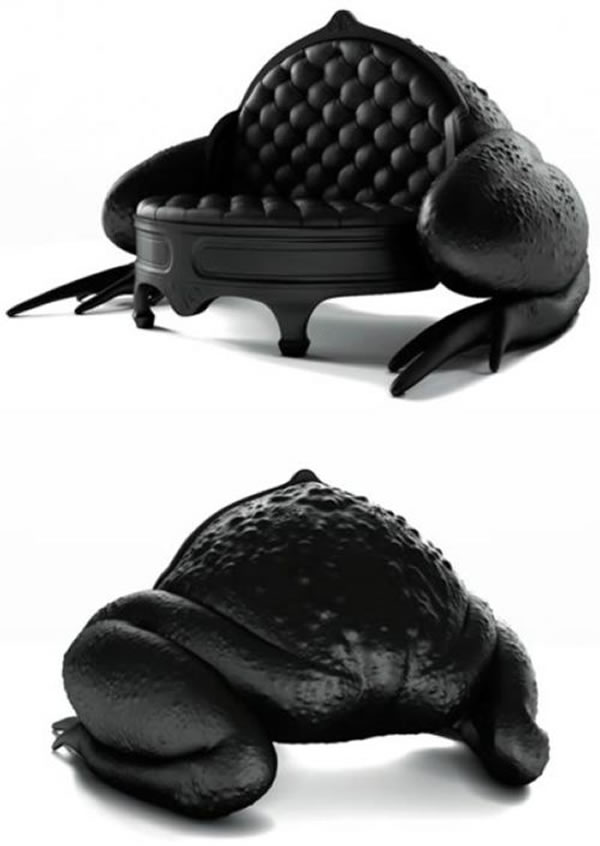 The Toad Sofa is part of the Animal Chair Collection by Spanish designer Máximo Riera. The artist has created many other seats such as the octopus and rhino chairs but this is his first sofa. 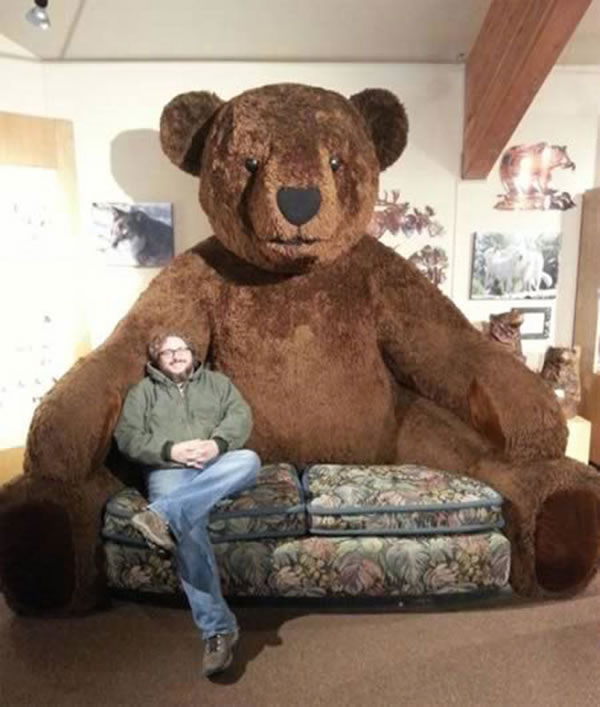 The Grizzly & Wolf Discovery Center has an interactive museum exhibit on display which is a giant teddy bear couch. It is part of the BEARS: Imagination and Reality display which features over 25 stuffed grizzly and black bears in naturalistic settings. 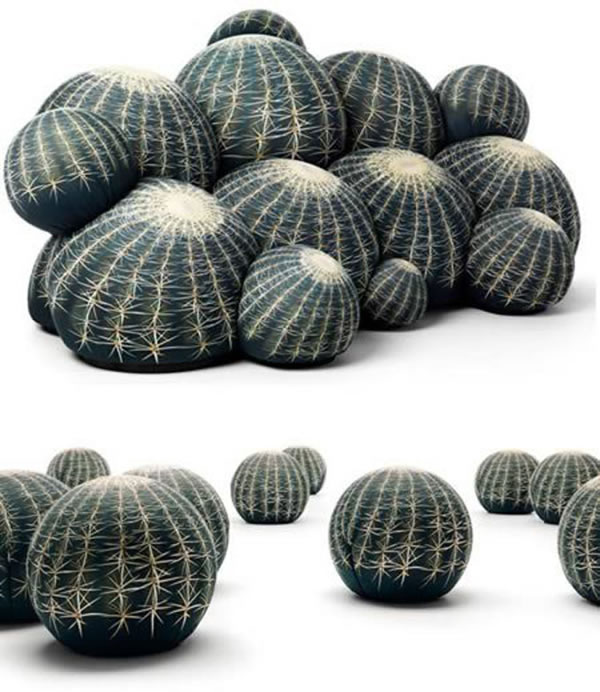 The cactus couch was created by Italian designer Maurizio Galante as part of the “Isn’t It Romantic” exhibit at MAKK in Koln. The sofa is made of various sized prickly printed cushions joined together. 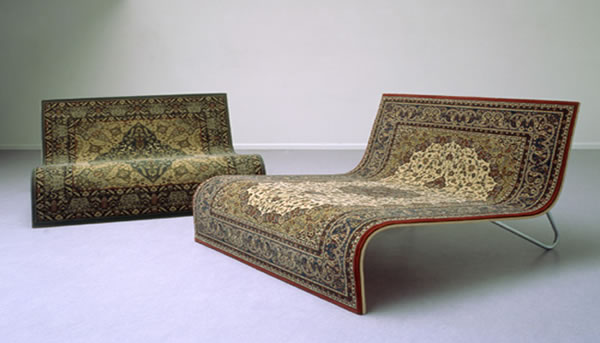 Titled “East meets West” this sofa is the creation of artist Tonio de Roover who wanted to create an unusual couch for people to sit, talk, or read together.

On display at the Milan Design Week back in 2009 was Gaetano Pesce’s Montanara sofa which gives your living room breath of nature. 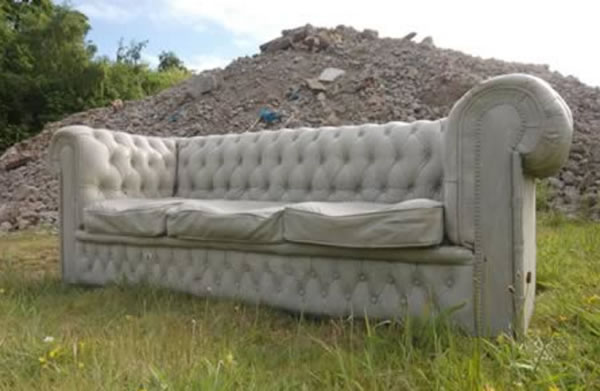 This sofa was sculptured from a single block of concrete and was created to show off the British firm Grey Concrete’s excellent molding techniques. There is even a concrete 50p piece stuck down behind one of the cushions to complete the realistic effect.