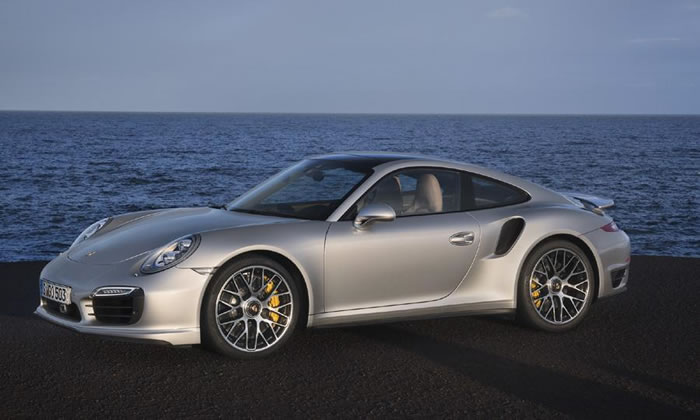 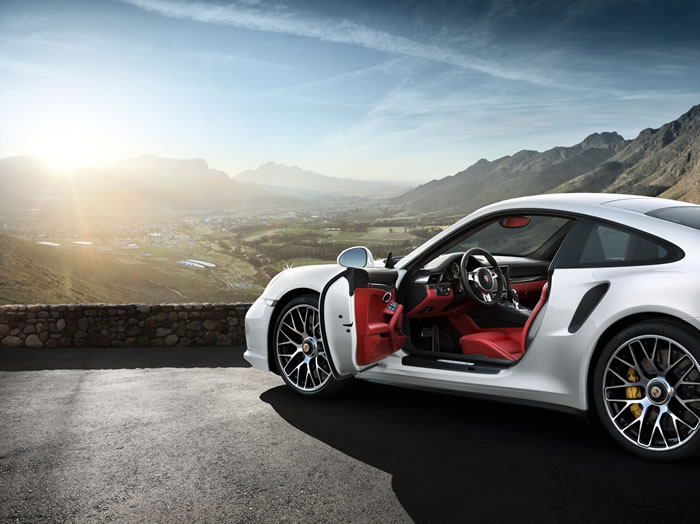 With a body 1.1-inches wider than even the 911 Carrera 4, Porsche says the new flared fenders are roughly the width of a hand. Made large, they now house big 20-inch wheels, which feature a center locking mechanism on Turbo S models. Thick rubber is needed to put down the power, which is rated at 520 hp in the Turbo and 560 hp in the Turbo S. Both engines are based on the same twin-turbocharged 3.8-liter flat-six and, as suspected, are paired exclusively with a 7-speed PDK dual-clutch automatic (sorry stick-shift fans).

Porsche claims the increased power, along with a new AWD system will deliver a 0-60 mph time of just 2.9 seconds in the S and 3.2 seconds in the standard 911 Turbo. Top speed for the two cars is rated at 198 and 196 mph respectively.

As for the new PTM all-wheel drive system, it uses an electronically controlled multi-plate coupling system with water cooling, which Porsche says will allow more power to be sent to the front wheels for improved front-end grip.

Adding even more grip at speed are innovative active aerodynamic features. The 911 Turbo has long been known for its deployable rear-wing, though for 2014 it also gains a three-stage front spoiler that can extend pneumatically to deliver heightened front-end downforce. The three piece unit works with the rear spoiler to deliver different levels of downforce to deliver either maximum downforce or reduced drag and maximum efficiency. 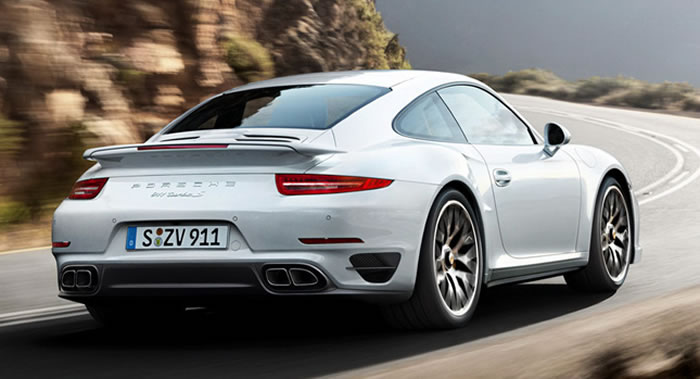 Porsche claims the new 911 Turbo is “well under” a 7:30 lap time on the Nurburgring, with this new aerodynamic feature responsible for shedding two seconds off the car’s time.

Also helping improve performance is the use of the same rear-wheel steering first introduced on the GT3, adjusting rear steering by up to 2.8 degrees. At speeds below 31 mph the wheels turn the opposite direction of those in the front, delivering a “virtual shortening of the wheelbase by 9.8 inches,” while at speeds above 50 mph they turn in unison with the fronts, which Porsche claims is like shortening the car’s wheelbase by 19.6 inches, making the car respond to steering inputs that much more quickly. 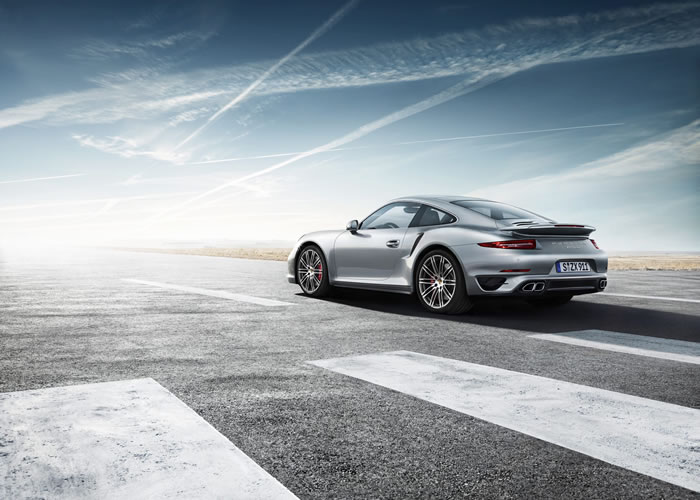